Could your menopause symptoms be hard on your heart?

Menopause is accompanied by numerous symptoms that can interfere with a woman’s quality of life, but can they also cause health problems? A new study… 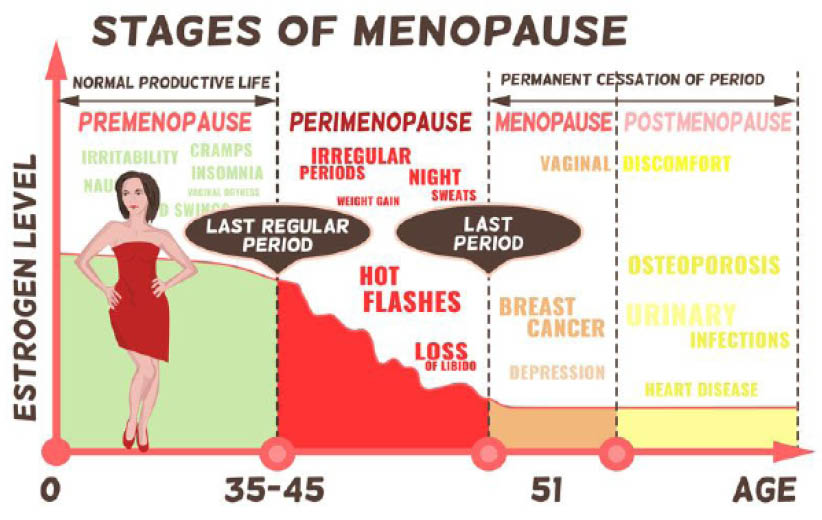 Menopause is accompanied by numerous symptoms that can interfere with a woman’s quality of life, but can they also cause health problems?

A new study suggests that they can, with an increased risk of cardiovascular disease in women who have two or more moderate to severe symptoms.

Let us talk about menopause

Study results will be presented during the 2020 Virtual Annual Meeting of The North American Menopause Society (NAMS), opening on September 28.

Hot flashes are one of the most commonly reported and most bothersome symptoms of menopause.

They can wreak havoc on a woman by creating fatigue and making it difficult for her to concentrate, among other issues, although in a new study out of Pennsylvania, they (by themselves) were not found to lead to any adverse health outcomes.

However, it was determined that women having two or more moderate to severe menopause symptoms were at a significantly higher risk for cardiovascular disease and stroke.

No association was found with other health outcomes, such as cancer risk.

Researchers also investigated whether the supplementation of calcium and vitamin D mitigated the risk, but no such evidence was found.

“We found that even severe hot flashes were not associated with any adverse clinical health outcomes when occurring on their own, but if they or any other moderate to severe menopause symptoms were present in combination, there was an association with an increased risk of cardiovascular disease,” says Dr. Matthew Nudy from Penn State Hershey Medical Centre and lead author of the study,

“The Severity of Vasomotor Symptoms and Number of Menopausal Symptoms in Postmenopausal Women and Silent Clinical Health Outcomes in the Women’s Health Initiative Calcium and vitamin D Randomized Clinical Trial.”

“With heart disease remaining the number one killer of women, studies like this are invaluable,” says Dr. Stephanie Faubion, NAMS medical director.

“Identifying women at high risk is important so that risk reduction strategies can be implemented.”