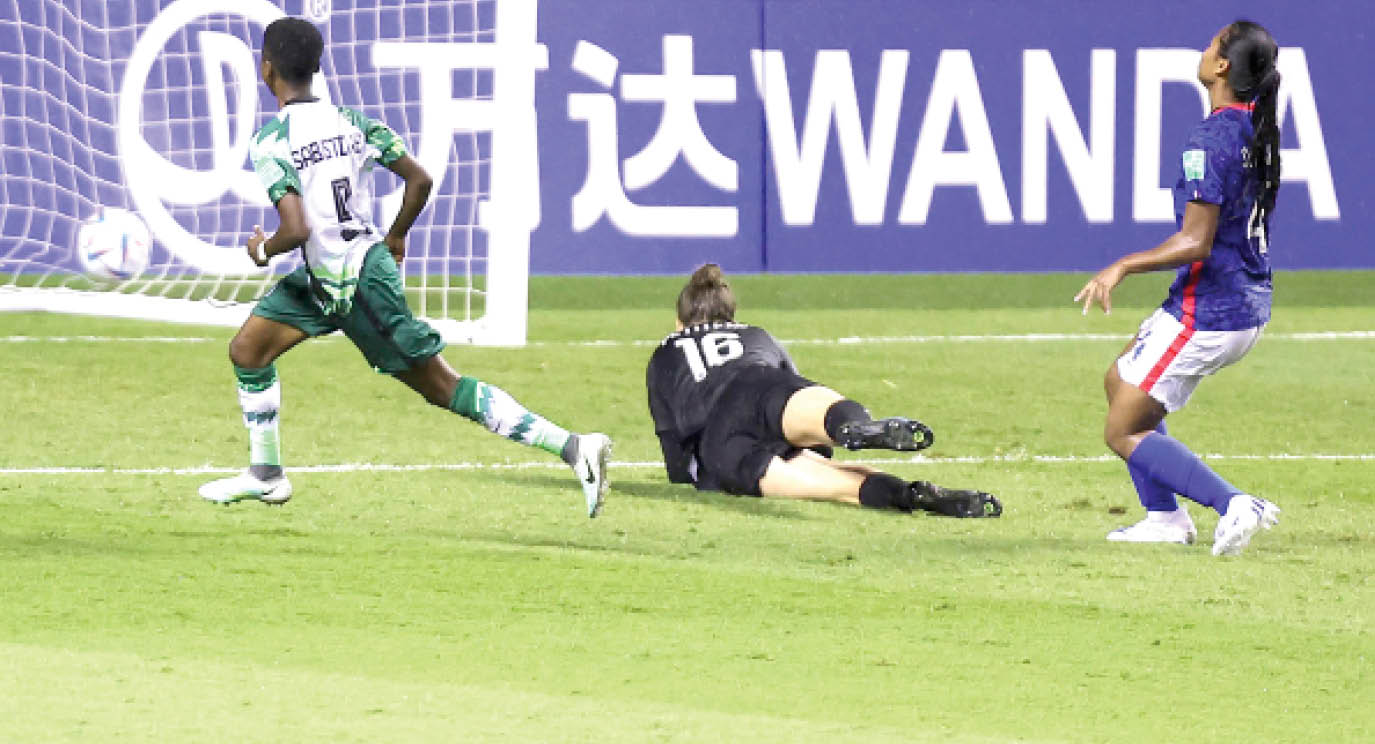 Flourish Sabastine wheels away after scoring the lone goal against tournament’s favourite, France

Two-time runners-up Nigeria will today go up against South Korea at the Estadio Alajuela Morera Soto in the ongoing 10th FIFA U20 Women’s World Cup in Costa Rica.

A victory in that game will automatically assure Nigeria of a place in the tournament’s quarter-finals after defeating Europe’s top team France 1-0 in the opening match of Group C on Friday morning.

Under a heavy downpour, the Chris Danjuma side proved a difficult side to break down as the Falconets narrowly defeated their French counterpart 1-0.

Group leaders South Korea started their campaign with a comprehensive 2-0 win over Canada on the same day.

Both Nigeria and South Korea will now meet to determine who takes control of Group C while France and Canada battle in the other Group game.

The game will be played at the Estadio Alajuela Morera Soto 9 pm Nigerian time.

Meanwhile, Super Eagles captain, Ahmed Musa, has called players of the Super Falconets on videos hailing them for their impressive game against France at FIFA U-20 WWC.

Musa was glad about the performance of the Nigerian girls and called them to congratulate them and also wished them luck in subsequent games.

“I am happy with your game against France and I want to urge you all to keep shining and continue to make the country proud.

“I want to promise you all that I will support you and be rest assured that I will make you girls happy,” he said in the video.