Corruption as war without end

By Jerome-Mario  Utomi  Corruption is a human problem that has existed in some forms. The fight against it dates back to colonial governments as they… 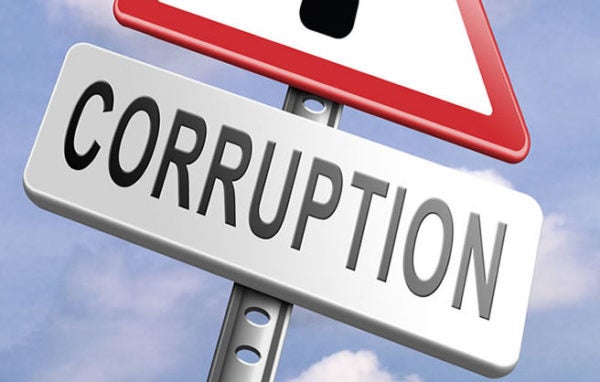 Corruption is a human problem that has existed in some forms. The fight against it dates back to colonial governments as they sufficiently legislated against it in the first criminal code ordinance of 1916(No15 of 1916), which elaborately made provisions prohibiting official bribery and corruption by persons in the public service and in the judiciary.

Also at independence on October 1, 1960, the criminal code against corruption and abuse of office in Nigeria were in sections 98 to 116 and 404 of the code.

Corruption is a worldwide problem, what differs from one country to the other is the degree of political will dissipated to tackle the scourge.

Right from independence in October 1960, feeble attempts made to curb corruption in the country were characterised by more of verbal pronouncements without unique architecture or thought processes for action. What leaders lacked is the political will to fight corruption.

Major Chukuma Kaduna, who led the abortive coup of January 15, 1966, remarked; the country’s enemies are the political profiteers, swindlers, the men in high and low places that seek bribes and demand 10 per cent.

No one bothered to investigate this claim.

Similarly, as the most senior military officer after the Nzeogwu aborted coup, in 1966, General Thomas Johnson Umunakwe Aguiyi-Ironsi, in his resolve to curb corruption among other comments declared that ‘The military government will stamp out corruption and dishonesty in our public offices with ruthless efficiency and restore integrity and self-respect in our public affairs’. That statement only existed in the frames as he was later killed in a revenge coup.

Yakubu Gowon, who took over from Aguiyi-Ironsi designed five main issues that his administration will handle with the fourth focusing on ending corruption in the country- It, however, turned out to be a paradox of the sort as he was later accused of corruption while in office.

On the other hand, what appeared as a departure from the old order came the way of Nigerians in 1975, when Brigadier Muritala Mohammed upon  ascending the mantle of leadership, forfeited to the nation the property he acquired with the public funds and constituted the Pedro Martins Corrupt Practices Investigation Bureau to among other responsibilities probe Gowon’s administration. Regrettably, this ‘revolution’ came to an abrupt end with his assassination.

In 1983, General Muhammadu Buhari, as the new Head of State while unfolding his plans promised to tackle corruption and indiscipline, which he said have been associated with our state of underdevelopment.

It is not as if General Ibrahim Badamosi Babangida did not make any effort to rid the nation of corruption but such records remain sketchy as he said little, and Nigerians are yet to stumble at a documented account of his achievements in this direction.

General Sani Abacha, another military Head of State, in 1995, like his predecessors, raised a strong voice against corruption and other social ills saying; ‘The twin evils of indiscipline and corruption have severely affected the social integrity of our society and have frustrated the great hopes of our people to genuine development’. However, Nigerians after his demise were shell-shocked to learn that monumental corruption flourished under the same man.

At the dawn of democracy in May 1999, President Olusegun Obasanjo that recorded a vague result in the corruption fight as Head of State in the late 1970s suddenly became an anti-corruption crusader creating two anti-graft bodies- Economic And Financial Crimes Commission (EFCC) and the Independent Corrupt Practices and Other Related Offences Commission (ICPC).  The two bodies have at different points performed to the admiration of the global community. However, OBJ was later accused by the political class and the media of using the anti-craft bodies as an instrument for witch-hunt/ and political vendetta.

President Umaru Yar’Adua’s short stay as president witnessed some steps adjudged as transparent by Nigerians and earned him goodwill.

Conversely, while Yar’Adua enjoyed goodwill, Goodluck Ebele Jonathan’s administration faced more credibility burden than goodwill as he was perceived as not resolute in fighting corruption- a factor largely responsible for his failure in his 2015 general election.

As to President Muhammadu Buhari-led administration, corruption has become even more entrenched as scandal upon scandal have completely laid bare the anti-corruption stance of this administration and those who were initially deceived by the present government’s alleged fight against corruption to come to the conclusion that nothing has changed.

This situation is even made worse when one remembers the list of actions not taken by this administration to confront corruption, which have made Nigerians face actual and potential difficulties.

This has fittingly presented the president as one that started off with high moral standards, strong conviction and determination to beat down corruption but has neither lived up to that good intention nor dealt with all transgressors without exception.

To change this narrative, Mr. President must be ready to come up with frameworks that will ensure that every naira in revenue will be properly accounted for and would reach the beneficiaries at the grassroots as one dollar, without being siphoned off along the way. As an incentive, government at all levels must recognise, and position Nigeria to be a society of equal citizens where opportunities are equal and personal contribution is recognised and rewarded on merit regardless of language, culture, religion or political affiliations.

Mario could be reached via; jeromeutomi@yahoo.com