Coping with societal pressures on marriage amongst women

Among many Nigerians, marriage is seen as a huge achievement for women regardless of any other milestone they have accomplished. It’s often seen as an… 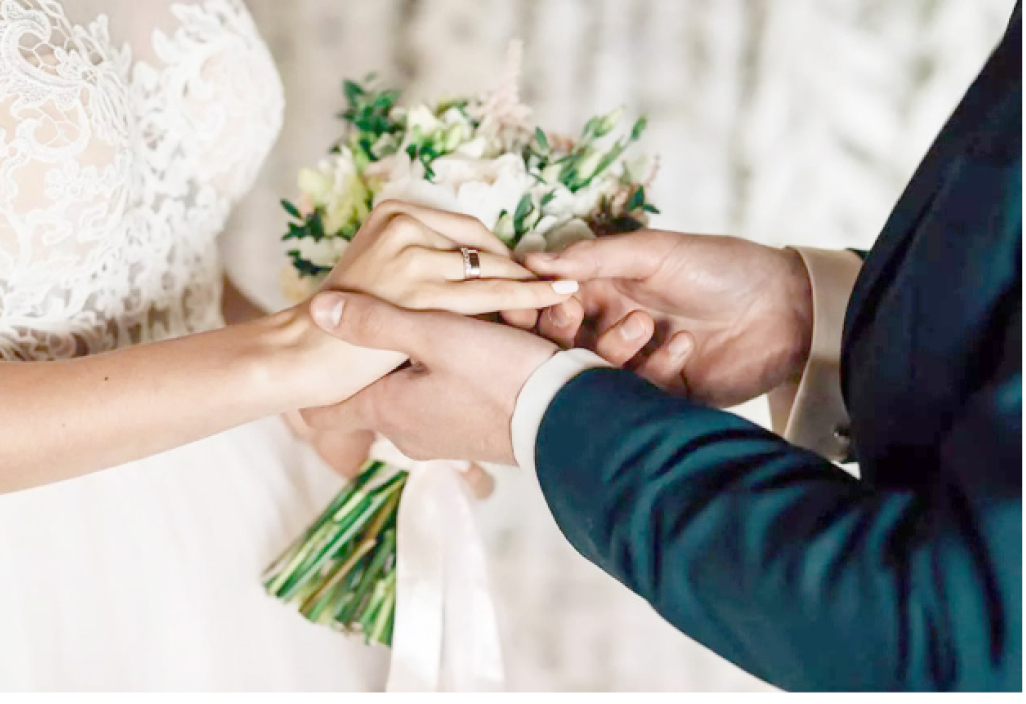 Among many Nigerians, marriage is seen as a huge achievement for women regardless of any other milestone they have accomplished. It’s often seen as an aberration when a woman decides not to get married or when a woman over a certain age is yet to be married. Daily Trust on Sunday sought to know how women who fall into such categories cope with the societal pressure.

The other day,  a radio     programme host was narrating the plight of a 19-year-old lady being forced into marriage by her uncle whom she is living with. The girl said her uncle had told her that if she rejects the suitor, he would kick her out of the house.

Some of the callers suggested that she should accept her uncle’s proposal and marry the man, some advised her to run away, while some suggested she should go and live with some other family members or church members if she attended any.

The above scenario is what many young girls experience once they reach the age of puberty. Nonetheless, this pressure is also extended to women who have gone beyond a certain age, especially 30, and are still not married.

Uche Ogor, 38, a human resources manager, told Daily Trust on Sunday that regardless of how far she has progressed in her career, she’s still not being respected among her peers because she isn’t married. She explained that; “For a period of time, I stopped going out with my married friends. Not because I was envious of their status as married women, but because most times the conversations we had were built around their marriages and families.

“So many times, I felt left out of the conversation because I had nothing to contribute. I wasn’t married neither did I have children. So, I would sit and listen to all they had to say and when they notice my silence, they would feel the need to switch the topic,” she added.

She stated that some her friends had been advised by their husbands and mothers-in-laws to stop hanging out with her because she was single and that her way of life might influence them.

“I remember one of my friends told me that her mother-in-law said I was free and independent, and so we shouldn’t hang out together if not they’d start to act as if they were also single ladies,” Uche said.

She also mentioned that her marital status had affected the relationship she had with her parents as her mother, in particular, keeps questioning her about when she’ll get married. “There is no day my mum calls me and we don’t spend at least 30-40 minutes on the phone speaking about when I will get married. I know I’m getting old and I need to start a family soon,” she said.

According to Uche, she has a reason for rejecting suitors who have come for her hand in marriage. She stated that “Growing up, I’d always been selfish with my time and space. I enjoy my time alone; I like to do things I like and when it’s convenient for me. Finding men who understand what personal space means is hard.

“Some of the men I’ve dated always felt I put work before them or I was cheating because of how much alone time I requested. I want to get married but I need to make sure that it is someone who respects my wishes and tries not to contend with them,” she said.

Priscilla Ubom, who is 32 and runs her own consultancy firm, said even after gaining financial independence, she is still teased by family members for not being married.

“Often times, when I go back to visit my family or whenever my extended family is around, I have aunties who tease me and say; ‘with all the money you have, can’t you even buy a husband? Don’t you know that as you get older, men will be less interested in you?”

She mentioned that her aunties tell her; “You work too much. Men are afraid of women who have more money or have built more successful careers than them. You have to calm down if not no man will want to marry you because you appear too independent.”

Priscilla narrates that she has been advised by so many people to focus more on trying to get married rather than her profession. “My friends always invite me out with the hope that I would be able to attract a suitable bachelor but I always turn it down for work which annoys them.”

Just like Uche, Priscilla does have plans of getting married. However, she explains that over the years, she has built her self-worth to a certain standard and can’t accept a man who is not up to it.

“What people don’t know is that now even men are looking for who will take care of them, they don’t want to work. I’ve been able to achieve so much for myself and any man I’m going to be with must equally reach my standard or be above it,” she said.

However, this pressure is not just on older women, as even teenage girls and young female adults too are often questioned about their marital status. This instance is very common in the Northern part of Nigeria.

Nana Abdullahi Musa, 18,  said even though her parents are academically and socially exposed, and not keen on early marriage as is common in the north, her relatives keep pestering her parents to give out their daughter’s hand in marriage.

She explains that “I’m the only girl within my nuclear family and also the only girl within the extended family who has gotten to a tertiary institution of learning. My uncles and aunties often tell my parents that they shouldn’t have let me go to the university because I have now become too smart and independent for any man to marry.

“Even when I tell them that I’m waiting for a man who I will truly love and who will truly love me, they say it is not a good reason and that if I didn’t love the man initially, in marriage I will learn to love him,” Nana added.

Joyce Ekanem, another young adult told Daily Trust on Sunday that since she graduated from the university, the only recurring conversation in her house is the Asoebi talk. Even though her parents are comfortable with her pursuing her aspirations, many of their friends always bring up the marriage conversation.

“There’s a woman my mum buys material from. Every time she comes to make a delivery at home, she teases me that she has already picked out my Asoebi colour and material for me and that all that is left for me to do is bring a husband home,” Joyce said.

Joyce’s mother, Mrs Ekanem, said although marriage is seen as an achievement within the society, she doesn’t intend to disturb her daughter to bring a suitor home.

She said that “Marriage is a big commitment and one that must be carefully thought of before going into it. I’d rather my daughter takes her time in choosing a man she wants to spend the rest of her life than make a mistake she’d have to live with forever.”

Peace Oche, who also weighed into the issue, stated that she had to move to her brother’s place because of how hard her mother had disturbed her to bring a suitor home. She explained that “the funny thing is I like being single; I don’t intend on getting married anytime soon. Marriage is a responsibility I’m not ready to take on right now.”

Pastor Akan George, who spoke on the issue as it relates to Christianity, said “it is not right for the society to pressure women into marriage. The bible says there’s time for everything. A woman who desires to marry will have her husband at the right time.”

He also added that; “it is not compulsory that a woman should marry. She can choose to live like that and use her singlehood to serve the lord and humanity.

Imam Fuad, who also commented from an Islamic perspective, said “The Prophet Mohammed (SAW) said marriage is my tradition and whomever that doesn’t get married is not part of me. So, marriage is highly encouraged and recommended. It is also considered as worship in Islam.

He also noted that in Islam, marriage is very important because the Prophet admonished his followers to get married to procreate.