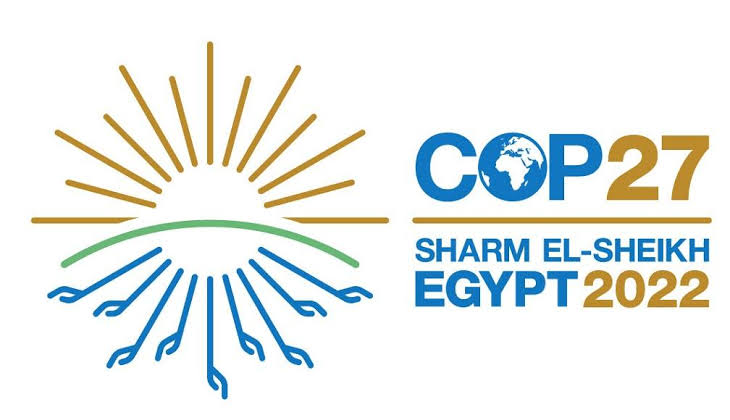 At the Sharm el-Sheikh – Egypt Climate Change Conference (COP 27) November 06 – 18, 2022, there was more than 100 heads of state and an estimated 35,000 representatives, or delegates, from 190 countries in attendance. These countries with their leaders in government, civil society, industry, and finance came together to raise ambition and accelerate action towards achieving the world’s collective climate goals as agreed under the Paris Agreement and the UN Framework Convention on climate change with five key issues to watch – nature, food, water, industry decarbonisation and climate adaptation.

The 27th Conference – builds on the outcomes of COP26 to deliver action on an array of issues critical to tackling the climate emergency – from urgently reducing greenhouse gas emissions, building resilience, and adapting to the inevitable impacts of climate change, to delivering on the commitments to finance climate action in developing countries and preserving Biological diversity.

But nature is in crisis. We are recently experiencing severe flooding, droughts, hurricanes, extra-high temperatures, unpredictable weather changes that are threatening up to one million species with extinction. Irreplaceable ecosystems like parts of the Amazon rainforest are turning from carbon sinks into carbon sources due to deforestation. And 85 per cent of wetlands, such as salt marshes and mangrove swamps which absorb large amounts of carbon, have disappeared. Here in the tropics – Nigeria, desertification and unchecked albeit careless human activity is compounding our situation with devastating climate change.

Climate change is remotely causing demographic shifts – rural/urban migrations with the consequence of exerting pressures on planned infrastructures of the urban areas, social vices and crimes while on the other end there is massive deforestation for larger farm lands, cutting of timber to provide for shelter, firewood/charcoal for cooking etc. which are disposing animals especially livestock of their natural grazing habitats.

Globally, the main driver of biodiversity loss remains humans’ use of land – primarily for food production. Human activity has already altered over 70 per cent of all ice-free land. When land is converted for agriculture, some animal and plant species often lose their habitat and face extinction.

Climate change has altered marine, terrestrial, and freshwater ecosystems around the world. It has caused the loss of local species, increased diseases, and driven mass mortality of plants and animals, resulting in climate-driven extinctions.

On land, higher temperatures have forced animals and plants to move to higher elevations or higher latitudes – in our particular instance, the pastoralists’ are moving inwards to hitherto alien lands with far-reaching consequences for the ecosystems. The risk of species extinction increases with every movement and degree of warming has the tendency of reducing food security and the need for intensifying food production thus opening up more lands to meet the growing food demands.

COP 27 has taken cognizance of the multiple threats to the feature of the universe and thus amplified high commitment on climate change issues, encouraging parties to speed up the fight against climate emergencies and promote coordinated action to tackle existential climate change effects devastating the world.

Nigeria’s team to the conference were focused on ensuring that the issue of loss and damage is brought to the fore. This was achieved towards the end even though it looked like it might never happen, but a breakthrough was finally made in Sharm el-Sheikh with “loss and damage funding for vulnerable countries hit hard by climate disasters” as the major takeaway. The decision was signed off by nearly 200 countries – from the major polluters and emerging economies to small island states – early on Sunday morning after a marathon overnight session.

COP27 has not only created a platform for key stakeholders to shape climate policies, including those on adaptation, mitigation, financing, and all related sectors focused on health, energy, food and agriculture, gender, youth etc. it has also defined a way forward on decades-long conversation on funding for addressing loss and damage.

Back here at home, what are we putting in place to preempt the climate challenges? Or do we have to wait to be consumed or wait for the loss and damage funds to be operationalised to make us proactive towards our emerging climate challenges? The floods of this year 2022; the poor farm outputs that may ultimately cause us not to be able to feed our exponential population growth or the climate induce demographic shifts that are now precipitating conflicts across many regions of our country are glaring enough for us.

Nigeria’s economy is dependent on agriculture and oil, two sectors that are serious contributors to global warming that can severely affect our future, our economy and push us into devastating recession that will make life harder for everyone.

To avoid these disastrous outcomes, we must immediately develop a broad national climate change policy to track and ensure implementation of policies that will inevitability address reforestation, carbon sequestration and prices, deployment and use of renewable energy, climate education/advocacy and much more.

There are lessons to learn from many African countries that have taken the lead in the fight for climate action. Rwanda has banned polyethylene bags as early as 2008 and in 2019, single use plastics, this in turn fostered the growth of alternative packaging methods and created jobs. Egypt and their recent mass deployment of electrical commercial vehicles, as well as Ethiopia with outstanding record of planting 350,000,000 trees within 24 hours.

The UN Secretary General Antonio Guterres at the close of COP27 said “Climate chaos is a crisis; the signs are everywhere. The world still needs a giant leap on climate ambition (…) COP27 concludes with much homework and little time” –  he urges governments to work quickly. We need to end the suicidal war on nature that is fueling the climate crisis, driving species to extinction and destroying ecosystems.

Let this conference be a spring board for Nigeria to accelerate action and fight its own climate war.