Recruited since November 2021 by the management of Kaduna State University (KASU), the fate of over 80 employees hangs in the balance. Daily Trust Saturday… 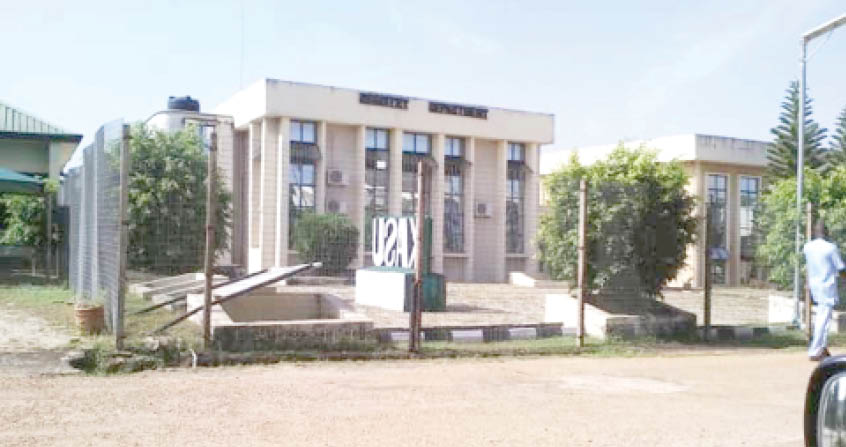 Recruited since November 2021 by the management of Kaduna State University (KASU), the fate of over 80 employees hangs in the balance. Daily Trust Saturday reports on the anguish of lecturers and non-academic staff who say they are yet to be paid salaries, one year after employment.

Musa Ibrahim (Not his real name) resigned from his job at one of the new generation banks in Kaduna to pick up a lecturing job with the Kaduna State University in November 2021. He participated in all screening exercises and interviews as part of the criteria for the new job, and he scaled through. Ibrahim said he was given his appointment letter to resume duty which he did alongside about 80 other employees last year. He later got married a few months later in anticipation of job security and a good life.

However, Ibrahim says life became difficult when months into his new employment, himself and over 80 new employees, recruited by the management of the Kaduna State University, under the then Vice Chancellor, Professor Muhammad Tanko, received no salary.

By November, it will be one year since Ibrahim resumed duty but says he has never been paid a single month’s salary. “I have never for once stayed away from my duties since I resumed because I love the job. But unfortunately, we are yet to start receiving salary and by November, it will be a complete year without remuneration,” he said.

Ibrahim, whose passion lies in teaching, said he left his bank job because he wanted to contribute his quota towards the education of a younger generation of Nigerian students for a better life. He is however not alone, as dozens of others who were employed alongside Ibrahim are equally faced with a grim future. “We don’t know our status now,” said one of the newly employed staff. Daily Trust Saturday gathered that among those newly employed are students of KASU who graduated top of their class and were given automatic employment. About five of them, who were offered jobs as lecturers and trainees have equally not been paid salaries.

Our correspondent gathered from some of the staff that they had been told that there were challenges regarding their recruitment from the office of the Head of Service in Kaduna. Musa Ibrahim said a few of them had visited the office of the Head of Service and were told that there were certain documents which the management of the university failed to submit. This he said had stalled the office of the Head of Service from capturing them in the state’s Civil Service portal. Our correspondent reports that the state’s Head of Civil Service, Bariatu Mohammed, is yet to confirm or deny this claim as she did not respond to calls and text messages. A visit to her office also proved abortive as a member of her staff said that she could only see this reporter when an official letter is written.

However, Ibrahim explained that the office of the Head of Service had told them that they were waiting for the management of KASU to provide a justification letter for each staff so as to be captured. He said when they contacted the management of the school, they were told that all needed documents had been provided to the office of the Head of Service. “We don’t know who is telling the truth among the two government institutions,” he said.

Another affected staff said even though he is optimistic that they would be paid, he described the delay as worrisome. “Like others, I also resigned to pick up this job in November last year,” he said, adding that he had assumed duty the second week after he received his employment letter. “As for me, the registry and department all confirmed my assumption of duty. We have our staff number given to us by the management which shows that we are to be captured in the payroll. What we are waiting for is the KD number from the state government.”

He further said: “Some of the affected staff graduated from this same university and benefited from the State Government education scholarship scheme. So, I think it will not be right if the management fails to rectify this issue because the school will benefit from the knowledge acquired from the same system.”

Another staff member who also pleaded anonymity said life has not been easy for him and his family since assuming duty a year ago. “I also resigned from a job to take up lecturing with KASU but now, I’m facing financial challenges, it has become difficult to feed my family,” he said.

“Just imagine, we took part in the last examination that was conducted despite the ASUU strike but still, we have not been paid our salaries. Some of us are already losing fate in this job,” he said.

While appealing to the management of the university and the office of the Head of Service to sort out the issue, a staff member said, “most of us are family men and working without salary for a year is abnormal. The only positive information coming from the management of the university each time we reach out to them is that the issue will be resolved soon. They keep telling us it will be resolved soon but for how long are we going to continue working without salary,” he asked.

When contacted, the Registrar of KASU, Samuel Manshop said he had no permission to speak on the issue. However, our correspondent tried to reach the school’s Pro-Chancellor and Chairman of the School Governing Council, Malam Husaini Adamu Dikko but was said to be out of the country.