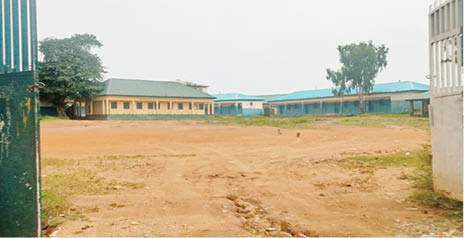 There is anxiety among residents of Kaduna North LGA of Kaduna State following the decision of the local government council to relocate three public primary schools and merge them into one.

The three schools, Daily Trust gathered, are located in one large compound and have existed since the 1970’s or much earlier, according to residents who are calling on Governor Nasir El-Rufai to intervene over the relocation.

The schools, according to their School-Based Management Committees (SBMCs), include LEA Primary School Gwari Road, LEA Muri Road, and LEA Lagos Street, all within Kaduna North LGA and under the administration of the council boss, Muktar Baloni, who came into office in 2021.

A petition dated September 28, 2022, signed jointly by the chairman of SBMC, LEA Gwari Road, Alhaji Hamza Ayo Usman; SBMC chairman, LEA Muri Road, Alhaji Abdulhakkem Adeyemi; and the SBMC chairman, LEA Lagos Street, Malam Magaji Alkasim, stated that the council boss was not only planning on relocating the schools but intended to sell the school structures, which they described as illegal.

The petition, which was addressed to Governor El-Rufai and copied to the Speaker of the Kaduna State House of Assembly, other legislators, the state Ministry of Education, the Commissioner of Police and other stakeholders, urged the state government to prevail on the LG boss.

“The said primary schools are not only serving the less privileged of Unguwar Gaji, but the entire community, which comprises Unguwar Shaba, Kabala, Unguwar Liman, and Unguwar Maiburuji.

“If the primary schools are sold, it will disenfranchise the pupils and this will increase the level of out-of-school children in the community and cause an upsurge in almajiri and yan talle (hawkers).

“This will cause children and parents a lot of inconveniences, including the termination of the learning process of some kids,” the petition stated.

The SBMCs of the three schools claimed in the petition that they had tried to convince the council chairman against the planned relocation, but their efforts appear to have proved abortive, hence the need to appeal to Governor El-Rufai to intervene in the matter.

When the Daily Trust correspondent visited the affected schools, he saw that they were all within the same compound. It was observed that the blocks of classrooms were in good shape, with a few damaged roofs.

Our correspondent further gathered that the main fear of residents was that the council intends to relocate the three schools to another community called Maiburji because the local government council believes that the majority of the pupils who now attend the schools are not from the host community.

A resident of the community and member of the Kaduna Peoples Association, Alhaji Nababan Yawo, said the community rejects the idea of relocating the schools and selling the infrastructure and calls on the LG boss to rethink his decision.

Another member of the community, Hamza Usman, told our correspondent that he attended LEA Gwari Road in the early 70s and completed his primary education in 1979.

“Look, these schools have been here for many years. I believe the schools even predate Nigeria’s independence because I attended LEA Gwari Road. My first son also attended the same primary school, and we are proud of the school.

Even though there are other government primary schools in the area, such as LEA Maiduguri Road, Usman said it was not enough reason to relocate the three schools, adding that the fact that parents still enrol their wards in the three schools is proof of their importance to the communities.

Also speaking with our correspondent, the SBMC chairman of LEA Lagos Street, Magaji Alkasim, said most of the SBMC members are old students of the schools. “We just don’t understand why the chairman wants to move the schools from the community,” he said.

The SBMC chairman, who was at a meeting with other members at the time of the visit, said the education of many pupils will suffer if the council goes ahead to relocate the schools.

On the claim that the majority of the pupils were not from the community, he said: “It is not true and even if they were not, what is wrong with pupils from neighbouring communities attending the schools here,” he asked.

Why we are relocating, merging schools – LGC boss

The Chairman of Kaduna North LGA, Muktar Baloni, when contacted, denied reports that the council was selling the structures of the schools. Instead, Baloni said the council was considering relocating the schools to a bigger site and merging them.

“We are still brainstorming as to how we can bring the school closer to the people. To put it on record, none of the SBMC chairmen has his children in those schools.

“An SBMC chairman is supposed to be an old student of the school or to have his children currently enroled in the school, but none of them has that,” he said.

He said another reason why the council was considering relocating the schools and merging them was that the majority of the about 1,100 student population came from neighbouring communities such as Tudun Wada and Tudun Nufawa axis.

“If you had gone to the school earlier, you would have seen lots of the pupils trying to cross Ahmadu Bello Way on their way to the school. As a result of that, there is a site, bigger than that, that we would like to relocate the school to,” he said.

The council boss said as for the current premises of the schools, it will be left to Governor Nasir El-Rufai to decide on what to do with it. “That is left to the prerogative of the governor, as far as the Land Use Act is concerned. The local government council has no prerogative on such matters.

“Ours is, number one, to merge the schools as one because it’s abnormal to have three schools within a compound with a population of less than 1,500 pupils.

“Secondly, is to relocate the schools to a better and more convenient location for the pupils. But concerning the utilisation of the current school, that is left for the state government or state governor to decide on what to use it for or it could be an extension of the secondary school that is just behind the building,” he said.

Asked if there are plans to sell the school structures after the relocation, Baloni said: “Who has given us the approval? How can you sell something without approval? Who even said we were going to sell? What we are going to do is definitely merge the schools and relocate them.”

He described the petition of the SBMC which accused him of attempting to sell the school structures as “emotional blackmail” aimed at sabotaging a decision that is in the interest of children in the state and stressed that his administration will resist it.

He said before the council took a decision on the issue, data analysis had been conducted, and accused those against the decision as political opponents intending to politicise educational matters.