Anambra State governor, Prof. Charles Soludo’s order for the immediate implementation of the anti-open grazing law in the state has been generating mixed reactions. The… 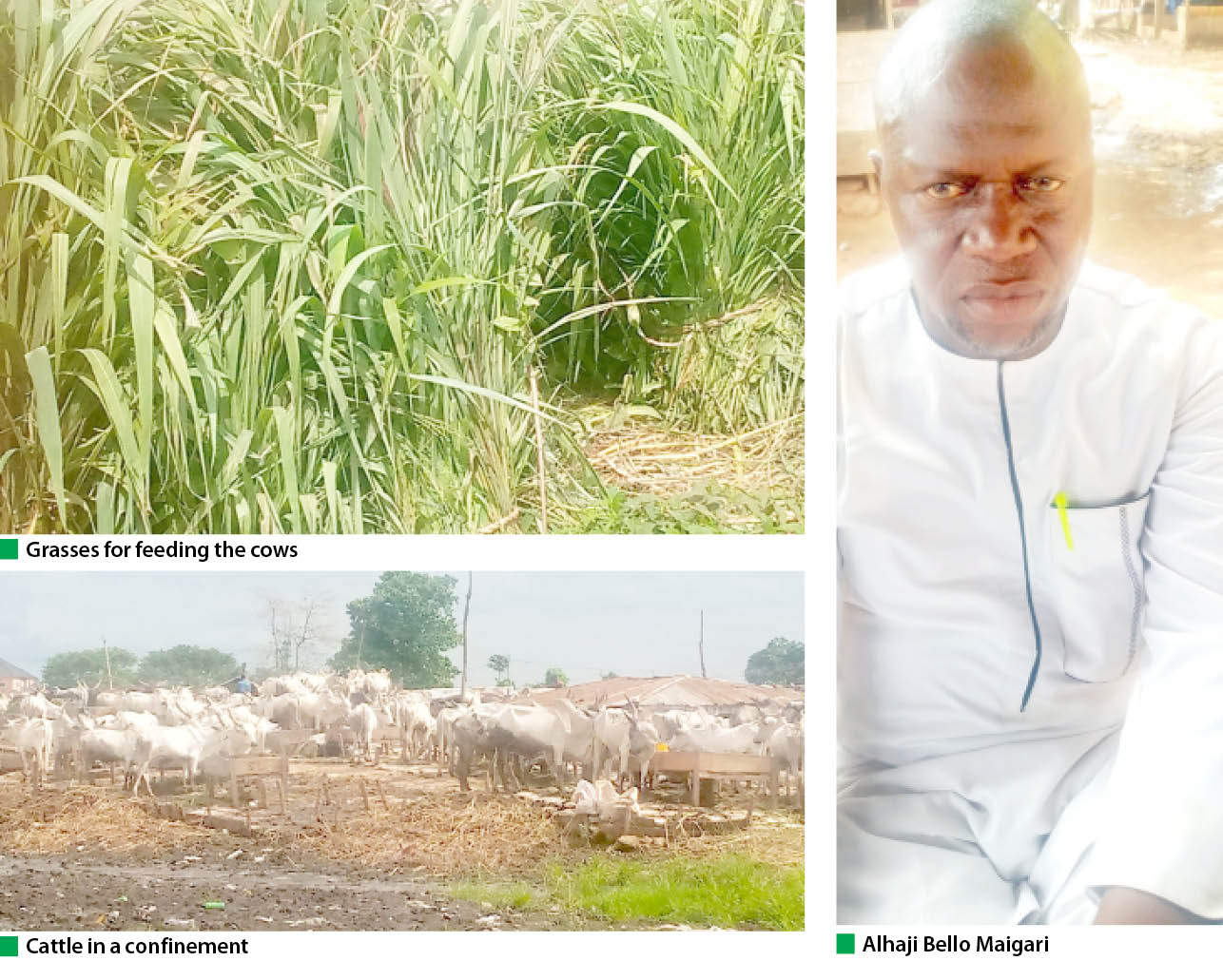 Anambra State governor, Prof. Charles Soludo’s order for the immediate implementation of the anti-open grazing law in the state has been generating mixed reactions.

The leadership of the South East zone of Miyetti Allah Cattle Breeders Association of Nigeria (MCBAN) has however appealed to the governor not to implement the law in the state now, as it would adversely affect them.

Recall that the immediate past governor of the state, Willie Obiano, had on October 22, 2021, assented to the Cattle and Other Livestock Open Grazing Prohibition and Ranches Establishment Bill in Anambra state.

After the law banning movement of cattle on foot on roads in the state, the herdsmen were accused of continued roaming of the streets in both the urban and rural areas, as well as on people’s farms.

Soludo, disturbed by the development, gave the order during a meeting with members of the Anambra State Cattle Menace Committee, held at the Government House, Awka.

The bill, titled, ‘Anambra State open grazing of cattle and other livestock prohibition and ranches establishment bill 2021’, was passed after the third reading at plenary by the members of the state House of Assembly on October 12, 2021.

Directing the enforcement, Soludo said Anambra promotes social harmony with everyone, including herders, while noting that the purpose of the bill was to maintain peace in the state.

According to Soludo, the ban was in compliance with the 2021 anti-open grazing law of the state, insisting that enforcement of the law would take effect from this September.

“Now that we have a law banning open grazing, the law enforcement agents have been directed to implement it.

“Though the law has been in existence since almost one year ago, cattle have continued to parade certain areas in the state in contravention to the law,” Soludo said.

He applauded members of the Anambra State Cattle Menace Committee for their dedication to duty and noted that Anambra people have largely been living in harmony with herdsmen over the years.

He, however, urged the herders to operate within the existing laws, like other businesses in the state.

According to him, the initiative was geared towards salvaging Anambra environment from erosion which was fast depleting the scarce land, urging them to consider gradual implementation of ranching as a modern way of cattle rearing because of its numerous advantages and money-making potential.

Obiano, while signing the anti grazing law, explained that the decision of the state government to outlaw the open grazing of cattle and other livestock was to enhance peace between the farmers and the herders in Anambra.

He said the bill is expected to forestall farmers/herders clashes as well as stop the killing and raping of women by herdsmen.

According to him, the management of the crisis between farmers and herders had been a short-term measure and it has become necessary for the government to take decisive action.

Obiano however, said that the people of the State have been clamouring for the law for a long time.

The proscription of open grazing by the state is in line with the resolution of the Southern Governors Forum, in a bid to tackle the crises between herders and farmers that have claimed many lives in the region.

Recall that a meeting of the South East governors held on September 16, 2021 in Enugu, and member-states were reminded of the need to enact or amend the anti-open grazing law to align with the uniform template and aspiration of the forum.

A few days that Soludo directed enforcement of the anti grazing law, the leadership of the South East zone of Miyetti Allah Cattle Breeders Association of Nigeria (MACBAN)  appealed to Governor Charles Soludo not to enforce the ban on the movement of cattle on foot in the state.

They said it would adversely affect them and their business.

The leader of the association in the South East geopolitical zone, Malam Gidado Siddiki, pleaded with the governor to suspend the implementation of the law in the meantime to enable them educate their members more on the provisions of the law.

Siddiki said: “Majority of us (Fulanis) don’t know any other business than rearing of cattle. Some of us were born into the cattle rearing business here in Anambra State and we have no other place to go to.

“The herders are aware that the state governor has flagged off massive tree planting exercise in the 181 communities of the state as part of measures to control the spread of gully erosion in the state, and as law abiding citizens, we have cautioned all our members and equally urged them to protect the trees in their various host communities.

“Our members will continue to remain committed to peaceful coexistence with their host communities in the state and the South East geopolitical zone at large.

“We, therefore, call on concerned stakeholders to help us beg the governor to reverse his decision on the matter.”

Reacting to MACBAN’s appeal, a socio-political group, the Igbo Youths for Positive Change, said the implementation of the ban on the movement of cattle in Anambra State was for the general interest of the state.

According to the group, the ban had come to stay, insisting that the policy was not for “evil purpose” but for the good of the people.

The National President of the group, Mr Chinedu Obigwe, who spoke on behalf members in Awka, commended Soludo for the decision.

Obigwe said that the implementation would only promote the peaceful coexistence and harmonious living between Anambra people and members of the Miyetti Allah.

Punishment for contravening the law

The law provides that any person or group of persons, who contravenes the law shall, on summary conviction, be liable to two years’ imprisonment or N250,000 fine or both.

The law also outlined the procedure for establishment of a ranch, ownership of ranch by indigenes, status and revocation of lease and ranching permit, the establishment of livestock special task force, establishment and membership of the local government advisory committee among others.

Speaking on the banning of the movement of cattle in the state, Mrs Nkechi Okafor, a farmer from Ayamelum Local Government Council of the state, said banning of cattle movement will enable them have confidence in going to the farm.

According to her, most farmers do not go to the farms for fear of being attack by the herders.

Mr Micheal Umeadi, also a farmer in Awka, said that last year, all the cassava he planted were destroyed by cows and until now, he has not been compensation despite the fact that he complained to the committee set up by the government.

According to him, the immediate enforcement of the order will help reduce the clashes between farmers and herders in the state.

Speaking on behalf of the herders, chairman Amansea Cattle Dealers, Alhaji Bello Maigari, said they cannot go against the law, banning open grazing in the state.

According to him, the banning of open grazing in the state would affect every body in the state, both the consumers of meat and the herders.

He noted that cows reared in the bush are cheaper than those reared in enclosed areas, and that without getting cows from Fulani in the bush, supply will be limited.

“When you keep cows in one place, you will need somebody to go to the bush to cut grasses for them. This will make the cow very expensive. A small heap of grass is between N500 and N1000 and by the time you keep about five cows in a place, you will spend over N10,000 daily to feed them. Banning of movement of cows in the state will affect the market price. We get cows from the North but the Fulani in the bush train their cows without much expenses. When you want to buy their cows here, they can sell at any amount no matter the size. Before now, it costs about N700,000 for a trailer to convey cattle to the South East, but today, it is over N1.2m,” he said.

On how they plan to cope, he said they have no other business, and that instead of staying idle, they will remain in the business and operate according to government’s order.

He also disclosed that over 90 percent of herders in the state have relocated to other areas because of harassment and attacks.

According to him, during Obiano’s regime a committee was set up by the government to assess the damage by cattle on people’s farms. “I don’t know if the committee is still in force under the new government.”

He however appealed to Governor Soludo to reconsider the option of banning the movement of cows in the state as it will affect both them and the indigenes.

According to him, “ranching is difficult in the South East because there are no vast lands.”

“We will continue to do our business according to the law of the state. Some of us grew up in this place, doing cow business. But we will be happy if the governor reconsiders the enforcement of banning of cow movement in the state,” he added.