Column No.6: When a fight against corruption defies physics

When the nomination of Mr. Abdulrasheed Bawa as Chairman of the Economic and Financial Crimes Commission (EFCC) was announced, your humble columnist was probably the… 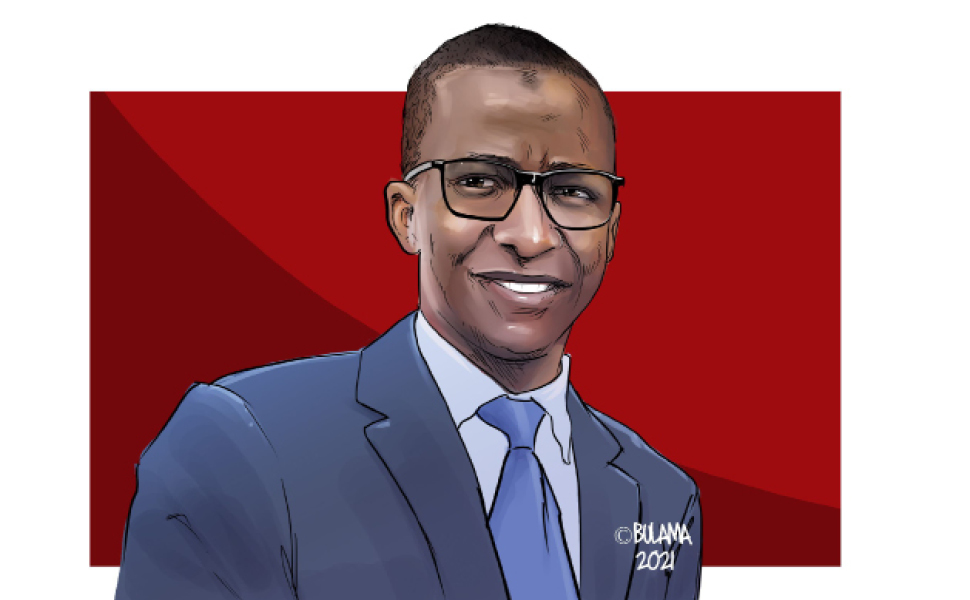 When the nomination of Mr. Abdulrasheed Bawa as Chairman of the Economic and Financial Crimes Commission (EFCC) was announced, your humble columnist was probably the first to air views on the topic. There was some dust, of course, and most of it unwarranted and mostly on social media. Like I wrote back then, everything later died down, and the dust settled. Fast-forward to now, or more precisely a few months ago when Ahmed Idris, the Accountant-General of the Federation, was arrested by the EFCC over N80billion fraud allegations. It being Nigeria, of course it did not come as a shock. After all, the only thing that would actually shock about Nigeria would be a public official who does not steal.

After the drama, both online and in the real world, the Minister of Finance, Zainab Ahmed, reportedly informed Idris of his suspension via a letter. Soon, news that the EFCC is tracing even more suspicious assets to him, and it is not looking good at all, and the official allegations of money laundering and diversion of public funds seem to be more grave. From all indications, it is a very bad case, and one which Idris might have a hard time escaping. But apply the Nigerian factor, and all that becomes moot. That’s because there isn’t enough space on this column – and ten more instalments – to carry the list of corruption cases that have been revved up, only to sputter and die.

Trying to understand the scope and scale of corruption in our dear nation is practically impossible, while explaining it would probably require an infograph ten times the breadth and width of the National Stadium. Oh, as I typed this, I got a news alert about a former managing director of the Niger Delta Development Commission (NDDC), Nsima Ekere, for alleged contract fraud to the tune of N47billion. ‘Oh,’ I thought. ‘Not as high as N80billion.’ I immediately checked myself for being so jaded. But in my defense: another day, another corruption case.

Even when a case has looked watertight, it has failed in the past, bringing us to a comment made by a famous writer friend of mine that the laws of physics do not apply to Nigeria and Nigerians, especially when politics and politicians are involved. Truer words have never been said, even if the irony is so strong that what is meant to be figurative is instead made literal in the most painful sense. Don’t get me wrong: I’m not casting aspersions on Mr. Bawa or the performance of his EFCC. I’m simply wondering how much longer he can keep up this fervour in spite of the environment he and his EFCC are operating within.

Coincidentally (I promise), another issue comes to mind, wherein the laws of physics are tested in the severest ways anyone could cook up even in fiction. I won’t expect you to be able to guess because when it comes to corruption cases, our dear country is a veritable warehouse. I am talking about the recent news which broke about former disgraced EFCC boss Ibrahim Magu’s promotion. First, let’s go back a bit: A suspended Magu had appeared before a panel in July 2020 to answer allegations against him by the office of the Minister of Justice and Attorney General of the Federation, Abubakar Malami.

The investigative panel, chaired by a former President of the Court of Appeal, Ayo Salami, submitted its findings to the President Muhammadu Buhari in November 2020. It was as dramatic as you could get: Arrests, armed policemen, press releases with blaring headlines – this one had it all. After all the hoopla, Mr. Bawa came on board and for a little while no-one heard anything but crickets. Until a few days ago, when a confounding announcement said Mr. Magu had been promoted.

A barrage of professionals, pundits and PR gurus began to explain – over-explain, really – the how and why of this incredibly unbelievable thing! One would think that the very fact that a solid, stinky case had tarred the ex EFCC boss, that was it. There is no way anyone or any loophole can make me see this as anything other than less than a slap – or tickle, even – on the wrist. Nothing makes sense in the entire situation. Even when the Minister of Police Affairs Maigari Dingyadi said the newly-promoted Magu will still be prosecuted if eventually indicted by the panel that probed him, I somehow still don’t buy it. If I roll my eyes any faster than I am doing at this moment, I just might get cross-eyed.

For all his initial popularity, Magu was a bit of a folk hero because of his brash, tough-talking stance which proved to be just theatrics. Speaking of folk heroes, you can’t help but remember ‘super cop’ Abba Kyari, too. From media darling to clichéd headline in record time, proving my point about our landscape having zero recognition of or respect for physics, the very laws that govern physical reality. At least if you’re scientifically inclined. Maybe that’s why I’m closing this on a most sceptical note, that maybe the Accountant-General of the Federation, will eventually walk free, and even bag a promotion to boot, physics be damned!