Column No.6: Returning home to KABAFest 2022

Even a casual reader of this column knows Kaduna is home for me. It is also clear that I have more than a passing interest… 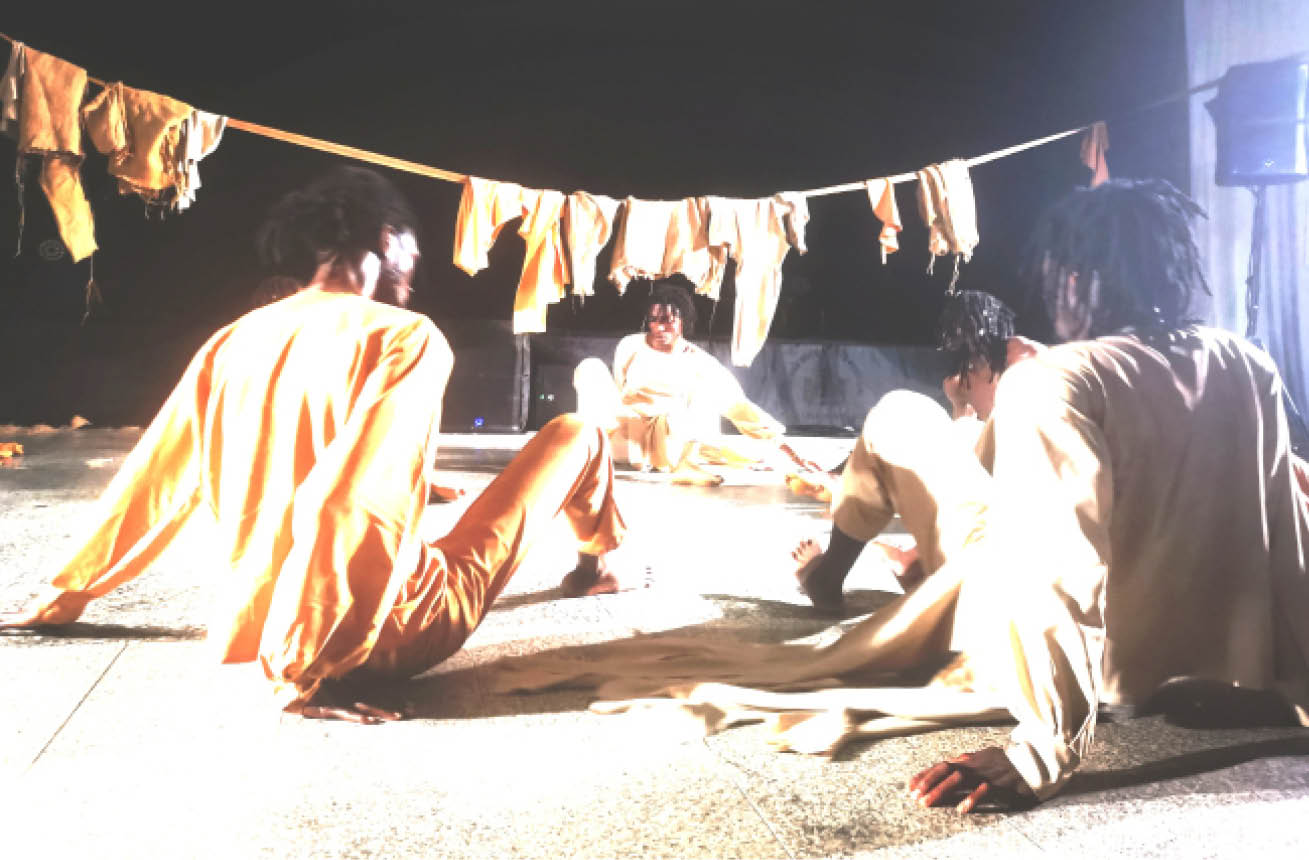 The Mudhouse troupe performing at KABAFest 2022

Even a casual reader of this column knows Kaduna is home for me. It is also clear that I have more than a passing interest in reading, literature, and books in general. So when I was invited to be a guest at this year’s Kaduna Book and Arts Festival (KABAFest) – the first post-COVID one – I quickly accepted. A 45-minute flight later with fellow guests, I was back at home where I’d last visited about two weeks before. The guest list was as varied as it was exciting, with a variety of professionals in the arts, as well as related fields. That, actually, as well as the well put-together panels and ‘booklogues’ and art exhibitions, as well as the film screenings and performances, all come together to ensure a truly memorable

The writer Lola Shoneyin, who created the internationally-known Aké Festival, also created and curates KABAFest. At this year’s opening ceremony on the evening of Wednesday 14th, to a packed hall, she read a speech within which she thanked host Governor Nasiru el-Rufai for coming to her with the idea for the festival after he was a guest at the annual Aké in Abeokuta. She also noted that this is the last edition he would attend as the sitting governor of Kaduna State.

Shoneyin also said Kaduna State has set the bar high. “Together, we created something that is so valuable that in several states in northern Nigeria and across the country, young people are getting together to establish book festivals. This is a huge win for Kaduna State but it is also a dream come true for me. A gentleman tweeted at me a few weeks ago, announcing the birth of Bobafest – the Borno Book and Arts Festival. This is festival number 9 that has been founded in northern Nigeria since 2017. I want to reassure everyone who has ever doubted the value of book and arts festivals that they have incredible impact. Everything we do touches and changes lives.”

There were a number of panels, some of them on hot-button topics that ordinarily would not be discussed openly. A good deal of the programming proved compelling, entertaining, and educative. One such one is when the Kaduna State University professor, Audee T. Giwa, came onstage to receive a Lifetime Achievement recognition and his wide was called to join him, as he began to dedicate the award to her in the most romantic way, much to the delight of the audience who cheered in support. Even the governor cheered ‘with his full chest’. Interestingly, there was practically no mention of politics, at least in a hard-core sense.

As the days went on, major events like a performance of the brilliant contemporary dance piece called ‘Compound’ by the acclaimed troupe led by Ogaba Ochai, was enjoyed by attendees. So also a special pre-release viewing of ‘Tomorrow’s War’, the short film/proof-of-concept of an urban fantasy epic by the quintet of young filmmakers called Critics Company. There also were food tastings and musical concerts, as well as a festival bookshop packed full of works by Nigerian writers, as well as international ones.

With all the activities at KABAFest, one of the questions regular attendees were asking themselves is if the festival will continue when El-Rufai ends his second and last tenure next year. It truly was the question of the day, and when the governor addressed it, the hall was quiet. After his main welcome address and speech, he added that he would do all he could to ensure the festival continues to hold even after he is gone. He even joked that after leaving office, he would leave Kaduna to go and rest somewhere else, and would only return to Kaduna for 2023’s KABAFest. It made the audience erupt with laughter, but it seemed to me he was quite serious about it. It says a lot about an elected official who ignites a festival of literature, funds it, supports it, and even attends it in an organic, unforced way that shows he is very aware about the power of literacy. Therefore, I do hope El-Rufai comes back to Kaduna come September 2023.