Arak people in Sanga Local Government Area of the southern part of Kaduna State gathered in Gbonkok, which is about 8km from Gwantu Chiefdom, to… 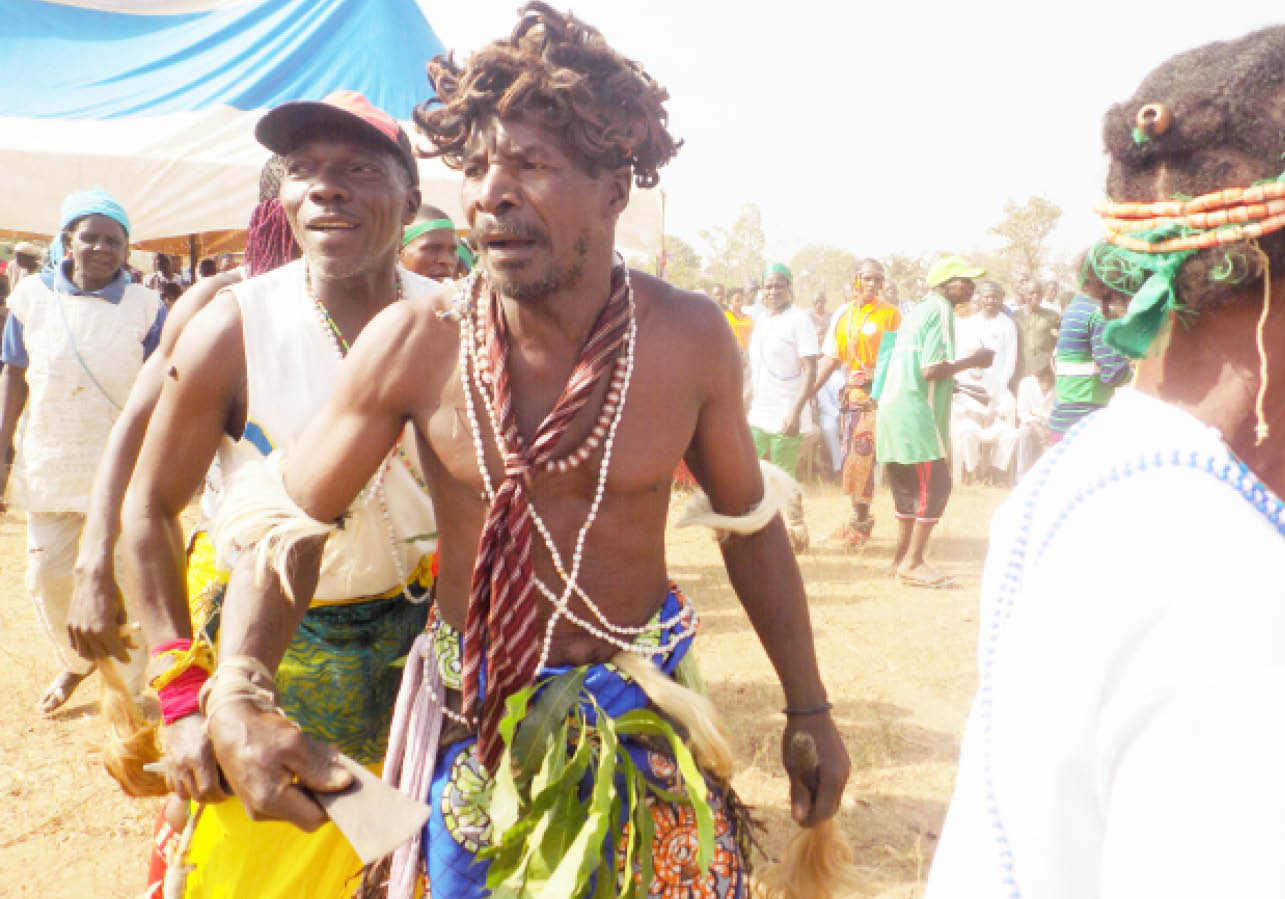 Arak people in Sanga Local Government Area of the southern part of Kaduna State gathered in Gbonkok, which is about 8km from Gwantu Chiefdom, to celebrate the newly created Arak Chiefdom created out of Gwantu Chiefdom.

Masquerades, dancers and various artists like Baba Mai Molo added colour to the event with their brilliant performances, just as many cultural troupes like ‘Yan Rawan Baya’, ‘Ambwe’, ‘Nzom’ and others took turns to showcase the rich culture and tradition of the Arak people.

People from neighbouring communities of Tsauni, Tudu, Wasa among others attended the occasion, in the spirit of brotherliness and unity.

The creation of the chiefdom, which has made the hitherto second-class Chief of Gwantu, Brigadier General Ilya Aliyu Yamma (rtd), who is from Arak, to become a third-class and first chief of the new Arak Chiefdom, did not deter the people from celebrating the new chiefdom with pomp and pageantry.

“We don’t mind the class, but we are now on our own and we pray this will pave way for the development of our area.”

Speaking at the ceremony that held in Gbonkok, headquarters of the Chiefdom, Gwantu Traditional Council Secretary, Jibril S. Kogi, said he was mandated by the Kaduna State government through the Ministry for Local Governments and Chieftaincy Affairs to declare the seat of Gwantu Chiefdom as vacant, as well as the seat of the only District Head of the newly created Arak Chiefdom vacant for those interested to apply.

Kogi, who is also from Arak, said the Chief of Gwantu (Etum Gwantu) will now relocate to Arak Chiefdom and man the affairs of the people as a Third-Class chief while Gwantu Chiefdom will still maintain its Second-Class status with three ruling houses.

In his short address at the occasion, the executive chairman, Sanga Local Government Council, Bisalla Wabu Mallam, urged the people of Arak Chiefdom to unite, promote their culture, liaise with government and be a good example for other chiefdoms to emulate.

Bisalla, who congratulated them on their new status, noted that this will be a stepping stone in attracting more development to the grassroot as far as they maintain the peaceful coexistence they are known for.

The representative of Fulani in the newly chiefdom, Abdullahi Ali, said the creation of the chiefdom will ease their difficulties of going to and fro whenever matters arise.

Ali, who is the Secretary of Miyetti Allah Cattle Breeders Association of Nigeria (MACBAN), Sanga local government chapter, said herders and farmers coexist in Arak and are living peacefully with each other.

The chairman, Arak Family, ASP Andy Veremonjah, urged the sons and daughters of the community to unite and forge a common front and support government’s plans to move the state forward.

He also called on the ruling houses, Numana and other tribes in the local government to embrace peace as it is the only bedrock for social and economic development in any community. “Without peace, there will be no meaningful development,” he emphasized.

One of the women leaders in the chiefdom, Mrs Arewa Yahaya, thanked the Kaduna State governor for acknowledging their chief who served at Gwantu chiefdom to resume as Chief of Arak.

“This shows that government deemed it right for him to continue instead of calling for interested candidates to contest the seat of Chief of Arak. We really appreciate the governor for this effort,” she said.

A one-time Interim Chairman, Sanga Local Government Council, Hon. Auta Moses, described Governor El-Rufai as a man of his words. “I remember during his campaign tour, he said a lot of people will enjoy under his administration and today we are witnessing an unforgettable event in the history Numana tribe in general, and Arak people in particular.”

The chairman, organizing committee, Jerome Bature John Mazo (JP), said history had it that the title of ‘Sarkin Arak’ existed long ago. “El-Rufai is a man with a vision. He changed the nomenclature of the traditional institutions by not using the name of a tribe, but instead, the name of a town.”

He added that they decided to organize the ceremony to express their joy and thank the governor for his insight. “We promise to be loyal to the authority, live peacefully with our neighbours and promote our culture as well as farming business.”