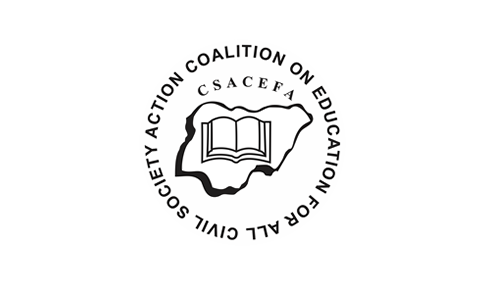 The Civil Society Action Coalition on Education For All (CSACEFA) has raised concerns over the flouting of government policies and obstruction of palliative measures by some public servants who impose illegal levies on students at the basic education level.

The group alleged that the public servants connive with PTAs to extort parents by charging levies, which contravenes the UBE Act 2004 Part 1, 3 &4 that compels parents to enrol their wards or be convicted.

The act also warns against any form of charges the violation of which attracts a fine of N10,000 or imprisonment.

A statement signed by the FCT CSACEFA Focal Person, Abdullahi Sale, said the disregard for the act has been identified as a major factor responsible for the high rate of out of school children.

“It has been established that many parents were unable to get their wards back to school because of charges ranging from sanitation, uniforms, books, development levy etc, as against the free education pronounced by government,” he said.

Sule said of concern is the N1,500 collected as explained by the Secretary of FCT NAPTAN who justified it as “project fee” saying it is in accordance with the approval of the FCT Executive Council allegedly towards enhancing the schools’ facilities system, thereby ensuring efficient and conducive learning environment.

While noting that CSACEFA is aware of some initiatives of government ranging from the home-grown school feeding programme to the conditional cash transfers all aimed at addressing the problem, he said they do not seem to salvage the situation as there is a loud outcry from those concerned.

“We are also aware of the free, compulsory basic education for children aged 6-15 who are expected to be in basic 1-9. This intervention in itself should have taken care of the situation at hand if properly managed,” he said.

CSACEFA, therefore called on government, regulators and PTA to check the unfortunate happening around the sector with a view to ending the menace.

“We also ask that the schools monitoring teams intensify action in clamping down on those flouting the orders and sanction erring schools in accordance with the UBE Act 2004.

“As parents ourselves, we have been harassed and intimidated by culprits who threaten us and make us think they are doing us a favour.

“Our stance on the collection of any form of fees in whatever guise is that it negates government directive and is inimical to the achievement of providing education for all,” the FCT branch focal person said.