The Christian Association of Nigeria and religious leaders in Imo state have expressed reservations over the recent prediction by renowned Catholic Priest, Rev. Fr. Ejike… 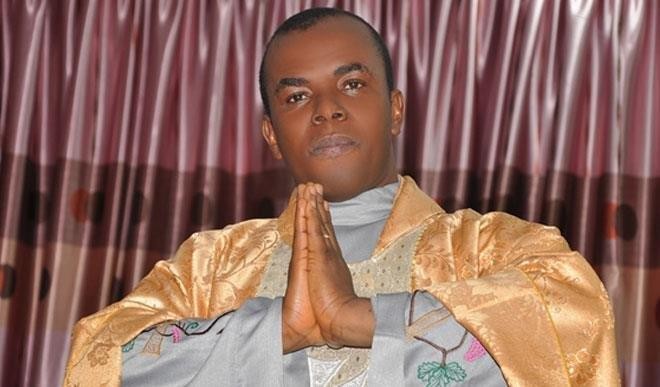 The Christian Association of Nigeria and religious leaders in Imo state have expressed reservations over the recent prediction by renowned Catholic Priest, Rev. Fr. Ejike Mbaka, that Governor Emeka Ihedioha will lose his seat to the opposition All Progressives Congress.

Mbaka in his New Year message had predicted that the governorship candidate of the All Progressive Congress (APC), Senator Hope Uzodinma, will upturn and take over from Emeka Ihedioha as Governor of Imo State.

The Christian Association of Nigeria (CAN) in its reaction said it’s opposed to politically motivated prophecies whilst the Bishops Conference of Nigeria said that the Catholic Church not into fortune telling.

CAN leader, Senior Apostle Godson Ibeji, said that the cleric’s prophesy is without substance, wondering why a matter before the Supreme Court, the highest court in the land, would be so tossed around.

He said that said CAN had consistently kicked against such prophecies tailored to suit the whims and caprices of politicians.

“CAN has consistently opposed such politically motivated prophesies and at the same time strives to maintain the standards that guide and regulates the practice of Christianity. State chapter, said the Cleric’s prophesy is without substance, wondering why a matter before the Supreme Court, the highest court in the land, would be so tossed around.

The National Youth Council of Nights Imo State chapter, in a statement in Owerri by its state Chairman, Isdore Chukwuemeka, advised Mbaka not to unduly inflame the polity and to leave Governor Emeka Ihedioha alone.

“We advise Fr. Mbaka to leave Governor Emeka Ihedioha alone. The youths of Imo State are pleased and satisfied with the ‘Rebuild Imo’ administration.

“Governor Ihedioha is barely seven months in office and has aggressively restored all that the locust had eaten in Imo state in the last eight years.

“We do not want further distractions of the rebuilding process in the State. Where was Mbaka when Imo State was serially raped for eight years by a clueless administration that mindlessly looted the treasury of the State?

In his reaction, Bishop Lucius  Ugorji of Umuahia Catholic Diocese,  who is also Apostolic Administrator of Ahiara Diocese, said the Catholic Church which Fr.Mbaka belongs to as a Priest, is not into fortune telling and as such, does not give authority to any priest to make predictions on who wins a court case or not.
He said “The Catholic Church is not into fortune telling and so does not authorise any Priest to make predictions on her behalf on who wins a court case.
“Anyone who speaks on such a matter is expressing his personal opinion.”
“We will continue to tow this path until we restore sanity in the practice of priesthood”, the statement stressed.
The Cleric said he does not give attention to such predictions, because they are cheap guess works.
Bishop Ugorji advised Imo people not to rely on such ‘guesswork’, veiled as prophecy to support the governor of their choice, but to rather pray that their choice Governor wins at the Supreme Court.