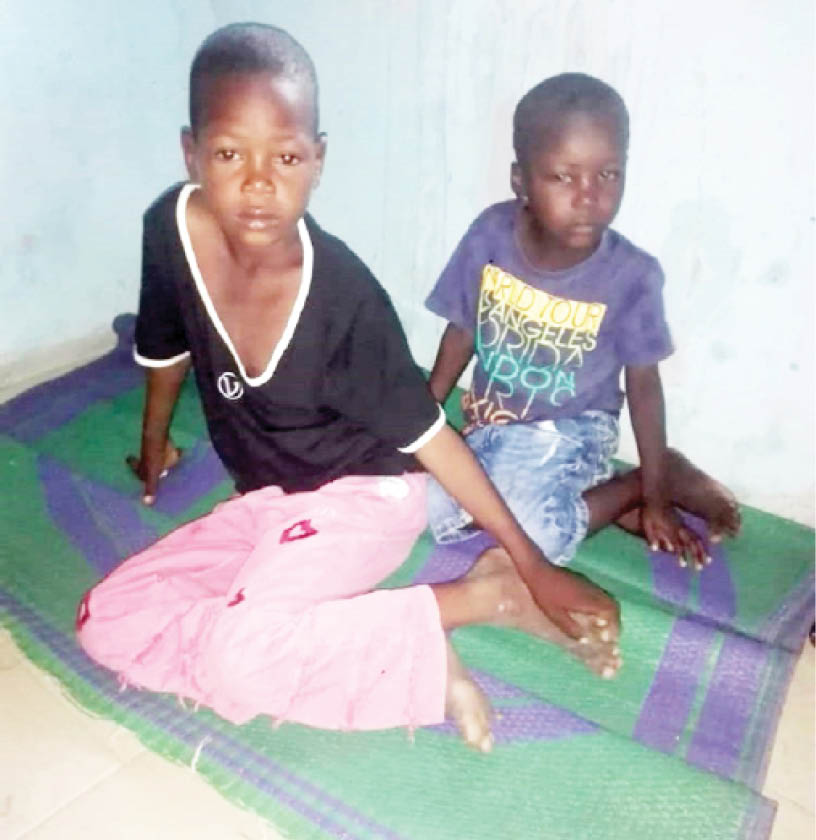 Two of the children rescued by the CJTF in Maiduguri Photo: Hassan Ibrahim

A member of the Civilian Joint Taskforce (CJTf) attached to the Borno Express Motor Park Maiduguri has arrested a woman with two Almajiri boys and a 2-year-old girl suspected to have been trafficked.

The woman was said to be on her way to Abuja when she was arrested.

A commercial driver operating on the Abuja line at the motor park, Danjuma Mohammed, told Daily Trust on Sunday that the woman who gave her  name as Nkwenwu arrived the  motor park alongside three children, two males and a baby girl strapped on her back, late Thursday evening.

Mohammed explained that on Friday morning, the security and surveillance team noticed suspicious attitude from the woman and she was arrested by one of the CJTf members working in the park.

The CJTF personnel, identified as Bukar, said preliminary investigation indicates that the two children were Almajiris roaming the streets for alms, adding, “the senior one by name Modu is a 7-year-old boy who disclosed that his parents brought him to Maiduguri from a village in Damboa Local Government Area while the second child who is about five years old only said his mother’s name is Aisha, while the two-year-old baby girl could not talk.”

When contacted, the Borno State Police Public Relation Officer, ASP Sani Kamilu Muhammed, confirmed the arrest of the suspected trafficker and the children, but said, “I am yet to receive the full details of the matter.”