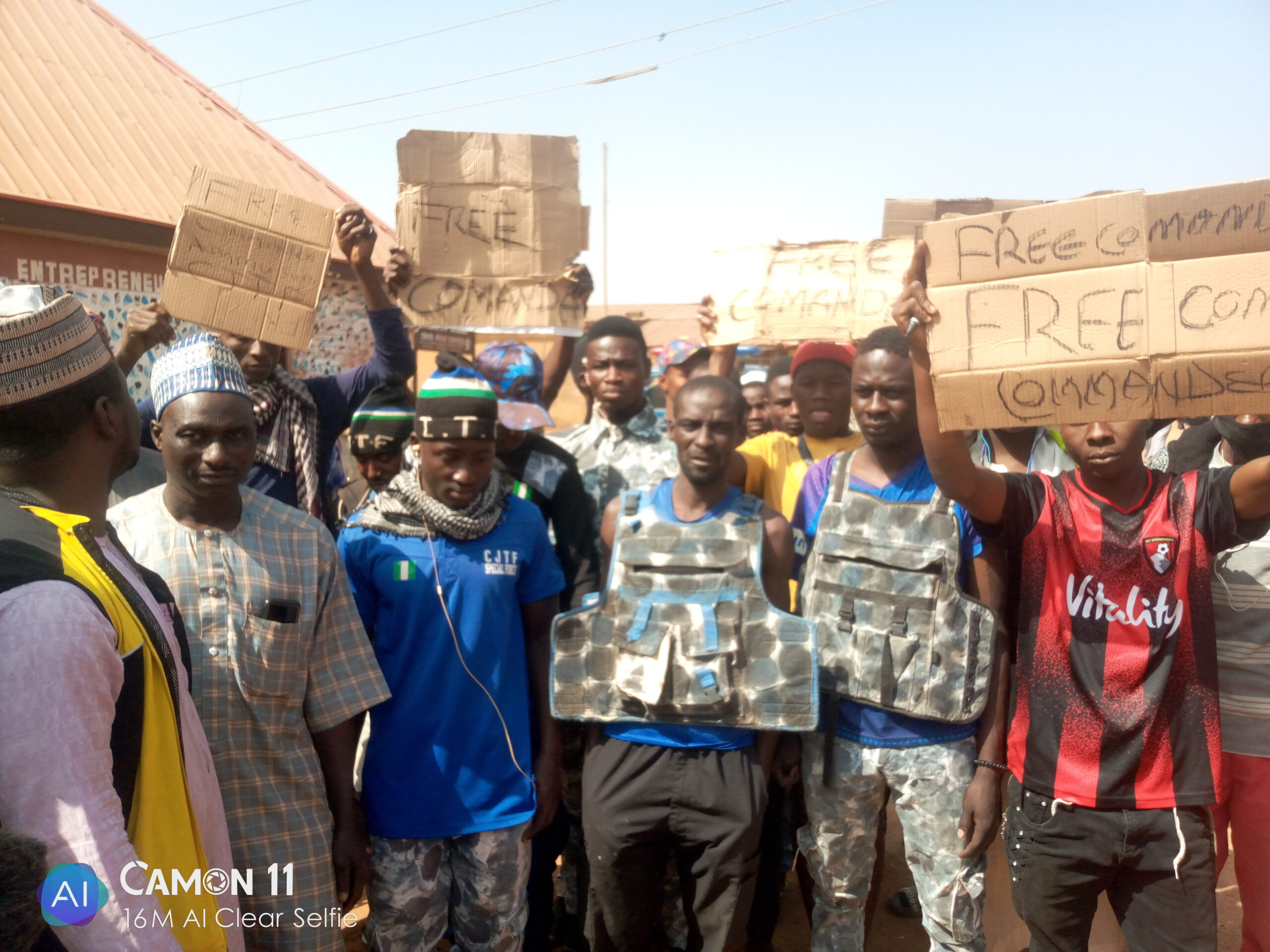 Members of Civilian Joint Taskforce (CJTF) in Kaduna State, on Thursday, staged a protest over the arrest of their Commander, Aminu Sani, popularly known as Bolo.

He was arrested by Soldiers at his residence 15 days ago and his whereabouts have remained unknown since then.

Daily Trust gathered the state commander was picked up at Rigasa community alongside two other youths but the youths were released hours later.

The CJTF Zone 1 Commander, Usman Abdullahi, while addressing newsmen shortly after the protest at their office in Rigasa Community of Igabi LGA, said all efforts to trace their commander proved abortive.

He said nobody told them the reason for his arrest which is why they are demanding information on his arrest.

“We believe he is in a military custody because when they picked him about 15 days ago, we made so many effort to find out his offence but we were denied access to him,” ‎ he said.

According to him, they only staged the peaceful protest to show their grievances over his arrest.

Another member of the group, Linda John, described the state commander as a straight-forward leader whose interest is to fight crime.

She appealed to the government to intervene in finding their leader and to ensure he return home to his family.

‎Contacted, Deputy Director Army Public Relations 1 Division, Colonel Ezindu Idimah, promised to call back after finding the details but had not done so as at the time of filing this report.