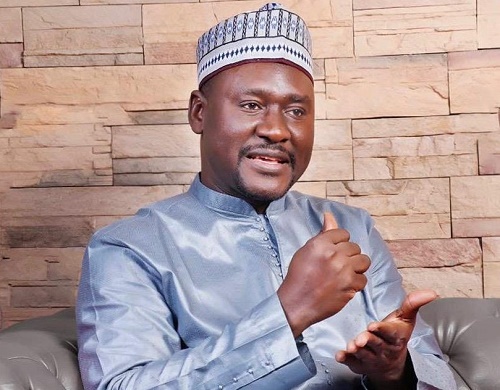 According to him, international financial intelligence shows that every year, around $18 billion is lost to tax evasion, laundering of money and stashing of illegal proceeds out of Nigeria.

He spoke in Lagos during an investigative journalism workshop on the improved reporting of Nigeria’s asset recovery system.

He noted that a case in point is the ongoing corruption in investor state arbitration between the Process & Industrial Development Limited (P&ID) and the Federal Republic of Nigeria.

He said the P&ID case, which could cost Nigeria $6.6bn plus 7% interest per annum, was used in nailing Ibrahim Magu, former Chairman of the Economic and Financial Crimes Commission (EFCC).

He said the P&ID case evoked some critical questions begging for answers.

“We are the worst Illicit Financial Flows offenders in Africa! Elaborate international fraud schemes, almost always involving ‘reputable’ law firms and other middlemen, are used to rob Nigerian citizens of billions of dollars that should be used to counter abject poverty, insecurity and abysmal service delivery,” he said.

“Firstly, who in the Government is responsible for signing such a risky and potentially catastrophic contract with an entity with no track record of similar contracts?

“Secondly, why did Nigeria defence come so late, given that the contract was signed many years ago? Thirdly, given the seriousness of the case, how come that Nigerian defence appeared incompetent or even suspiciously negligent for years? The P&ID case was used against the ex-EFCC chairman Magu.

“Has his or EFCC negligence been proven or is the responsibility for the case somewhere else? Perhaps with the political leadership, and not law enforcement? CISLAC, together with international partners, has just published an elaborate publication, which will hopefully help in addressing some of these critical questions.

“Cases like the P&ID arbitration deprive Nigeria out of precious resources while the corrupt Nigerian elite and international money launders enjoy the proceeds.”

He called on the media to beam its searchlight on the issues involving assets recovery and corruption involving international companies which Nigeria has contractual agreements with.

He added, “While the Nigerian authorities have made some commendable gains, its advocacy for the speedy return of recovered assets has lost the moral high ground. The executive and the legislators have been unable or unwilling to pass and enact domestic legal framework, popularly known as the Proceeds of Crime Act, in managing internationally and domestically recovered assets. Sadly, our international partners are not convinced that recovered assets won’t be re-looted again. As the Ibori case highlights, 4.2million is a fraction of the loot which disappeared abroad and is yet to be brought back!

“This lacuna in the management of recovered asset was seen glaringly in the recent arguments between the federal government and the state government of Delta state as to who owns the repatriated £4.2 million Ibori loot.

“Foreign assets recovered by the Nigerian government do not compare to the amount of domestically seized and confiscated assets, which include seized buildings, vehicles and others. These have proven to be worth billions of $ in the past and are certainly surpassing the internationally recovered assets,” Rafsanjani said.