Christianity can’t separate me from my culture, says Archbishop

Retired Archbishop Ayo Ladigbolu of Methodist Church Nigeria, says being a devout Christian can not separate him from his culture and tradition. Ladigbolu made the… 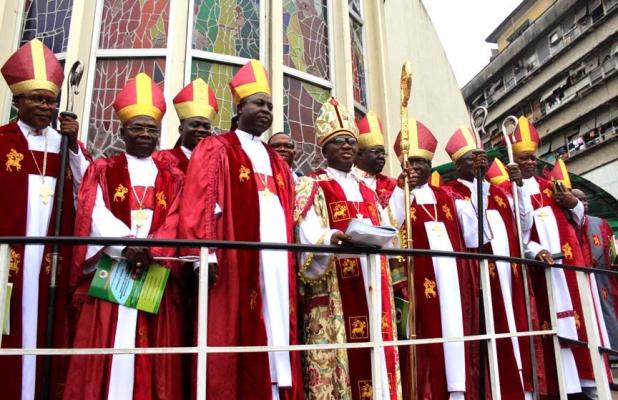 Picture used for illustration only

Retired Archbishop Ayo Ladigbolu of Methodist Church Nigeria, says being a devout Christian can not separate him from his culture and tradition.

Ladigbolu made the assertions on Saturday in Oyo, while speaking with the News Agency of Nigeria (NAN) on his involvement in the promotion of Yoruba culture.

According to him, my involvement in cultural issues is because I am a product of culture.

“All these are because of our culture. Our culture determines all these.

“We are all products of our culture and religion is just one aspect of human culture.”

He said that most of the world global cultures appreciated the part that religion played in the development and sustenance of human culture generally.

“From my culture of knowing how to sing Yoruba songs, how to dance to Yoruba music, and how to even understand the words of God from the perspective of a Yoruba man.

“So, I am involved in anything culture in Yorubaland and Nigeria, because it is an obligation,” the archbishop said.

Ladigbolu said that, as a Yoruba man, he should be able to use his knowledge, influence and understanding of life to promote Yoruba culture.

“Yoruba culture is wholesome, rich, vibrant and productive. It should be promoted to show the best aspect of it to the world.

“So, my involvement in cultural issues is based on the fact that I am a property of culture.

“And, I should be able to use my knowledge, influence and understanding of life to promote my culture.

“The totality of Yoruba culture is wholesome and it is productive. The Yoruba culture rich and vibrant belongs to us. We should promote it and show the best aspect to the world,” the archbishop said.

Ladigbolu said that the Yoruba nation had been known to be a nation of people who are vibrant, vigorous, determined, focussed, hardworking and intelligent.

According to him, Yorubas excel everywhere they found themselves and are always on top.

Ladigbolu said: “We are a forward looking people. We should not give up, we should persevere.

“We should continue to do our best to contribute to wherever we find ourselves at this moment, so that our spirit of excellence should not be allowed to disappear because we are in trepidation.” (NAN)