A Dutch journalist covering the Winter Olympics in Beijing was accosted and dragged away by Chinese guards mid-broadcast outside the Games’ opening ceremonies. Sjoerd den… 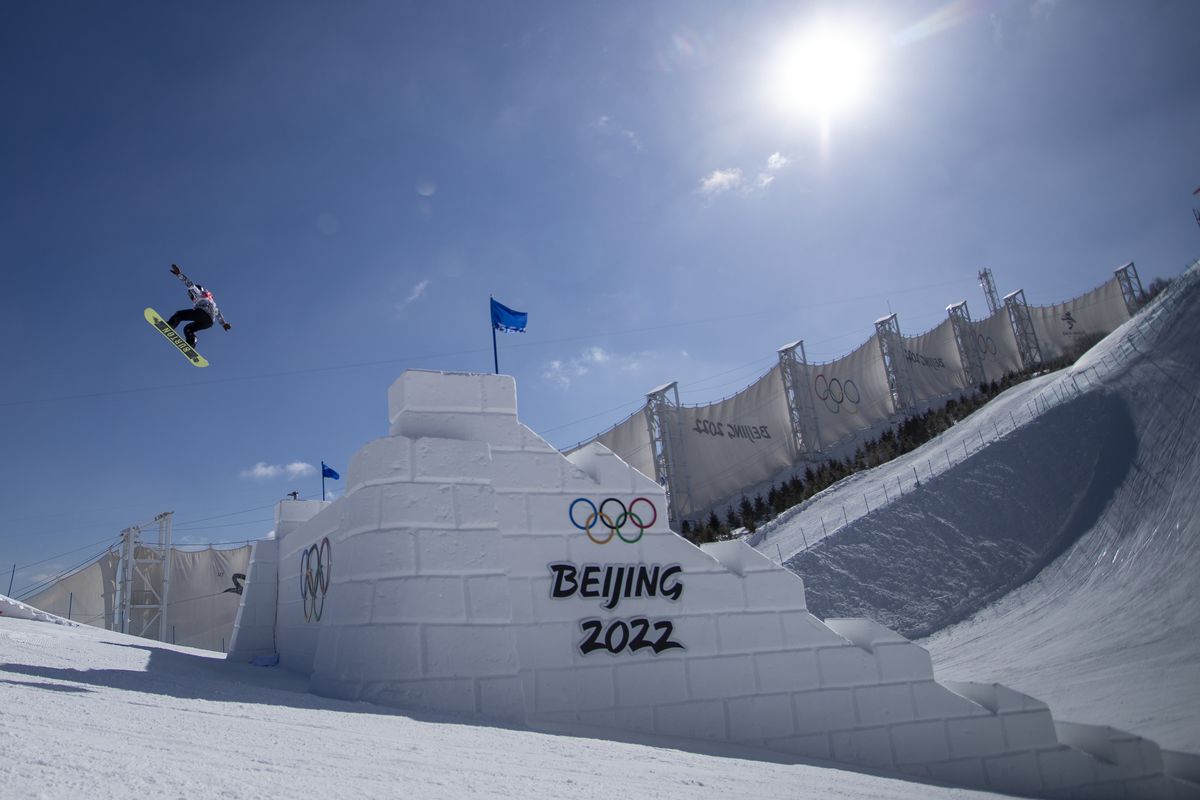 A Dutch journalist covering the Winter Olympics in Beijing was accosted and dragged away by Chinese guards mid-broadcast outside the Games’ opening ceremonies.

Sjoerd den Daas, a Dutch public broadcasting correspondent for NOS Nieuws, was seen attempting to finish his report while being yelled at, pushed and grabbed by a red armband-wearing guard before the telecast cut from the shot and returned to the studio.

“We are now being pulled out of here,” the reporter said, via a translation from Insider.

“We have just been expelled from another area, so I’m afraid we’ll have to come back to you later.”
In a clip posted to social media, another guard can be seen obstructing the camera’s view in an attempt to truncate the coverage.

“Our correspondent @sjoerddendaas was pulled away from the camera by security guards at 12.00 pm live in the NOS Journaal. Unfortunately, this is increasingly becoming a daily reality for journalists in China. He is fine and was able to finish his story a few minutes later,” the Dutch outlet tweeted in regards to the incident.

It is still unclear why den Daas’ coverage of the Games was interrupted in a hostile manner.

The Games are under intense scrutiny as four countries — the United States, Canada, Australia and the United Kingdom — have already espoused a diplomatic boycott of these Olympics.

The province is home to a multitude of ethnic groups, including 12 million Uyghurs, Kazakhs and other Muslim groups. A slew of human rights organizations have reported systemic racism by Chinese authorities on these groups, as well as a number of other sordid practices.

Per the Human Rights Watch, about a million people in the province have been subjected to detention centres and “political education” camps. There, they are said to endure cultural indoctrination, torture and hard labour.

Chinese officials have denounced the aforementioned claims, with one Chinese Foreign Ministry spokesperson calling it an “outright political provocation.”

Advertisers have been keeping a low profile ahead of the Winter Olympics amid criticism over China’s alleged human rights violations.

For months, US officials, lawmakers from other Western countries and human rights activists have said China’s treatment of mostly Muslim minorities in Xinjiang amounts to a form of genocide.

China has denied the allegations, but the allegations have put longtime sponsors in a bind, causing many to remain silent. Still, they’ve largely kept their advertising commitments in China itself, continuing to run spots in that all-important consumer market.

Visa, which had a marketing blitz and 100-day countdown on Twitter to the torch lighting for the last Winter Olympics in Pyeongchang, South Korea, has stayed relatively quiet this time around.
The credit card giant and longtime Olympic sponsor hasn’t issued any statements, nor has it tweeted about the Games. The company did not return requests for comment.
 Advertisers are holding back marketing blitzes ahead of the Beijing Winter Olympics amid criticism over China’s alleged human rights violations.

Companies like Walmart, Intel, Adidas and H&M that have spoken out about human rights concerns have faced the wrath of China.

For instance, last month, the Chinese government accused Walmart of “stupidity” and “shortsightedness” after its subsidiary Sam’s Club allegedly pulled products sourced from Xinjiang, threatening “bad consequences” for the retail giant as a result.