China’s population shrank last year for the first time in more than six decades, official data showed yesterday, as the birth rate slows in the… 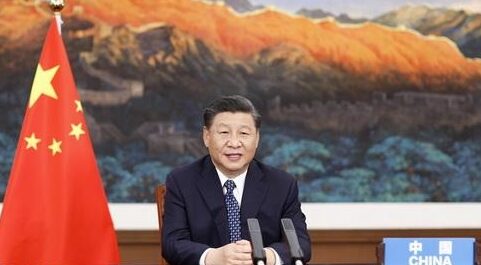 The world’s most populous country is facing a looming demographic crisis as its workforce ages, which analysts warn could stymie economic growth and pile pressure on strained public coffers.

Analysts point to the soaring cost of living as well as a growing number of women in the workforce and seeking higher education as reasons behind the slowdown.

“Who dares to have kids?” a Shanghai resident in his thirties said Tuesday.

“The unemployment rate is so high, COVID destroyed everything, there’s nothing we can do. Next year we’ll have declining growth again.”

The number of births was 9.56 million, the NBS said, while the number of deaths stood at 10.41 million.

The last time China’s population declined was in the early 1960s when the country was battling the worst famine in its modern history, a result of the disastrous Mao Zedong agricultural policy known as the Great Leap Forward.

China ended its strict one-child policy — imposed in the 1980s owing to fears of overpopulation — in 2016 and began allowing couples to have three children in 2021.

But that has failed to reverse the demographic decline for a country that has long relied on its vast workforce as a driver of economic growth.

“The population will likely trend down from here in coming years,” Zhiwei Zhang of Pinpoint Asset Management said.

“China cannot rely on the demographic dividend as a structural driver for economic growth,” he added.

“Economic growth will have to depend more on productivity growth, which is driven by government policies.” AFP