The volume of bilateral trade between China and Africa stood at $200 billion (USD) in 2018, the Chief Economist of China Development Bank, Liu Yong,… 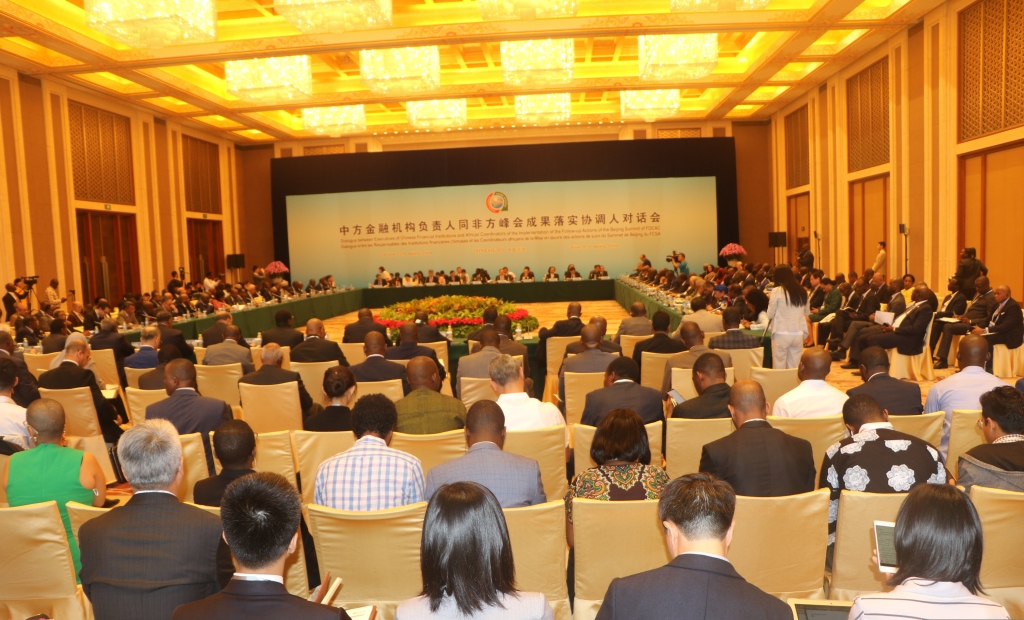 Participants at the meeting in Beijing, China on Monday.

The volume of bilateral trade between China and Africa stood at $200 billion (USD) in 2018, the Chief Economist of China Development Bank, Liu Yong, said on Monday in Beijing.

Trade between the two has been witnessing steady increase for the past 16 years.

In 2018, the growth rate of China’s trade with Africa was the highest in the world, according to data from the General Administration of Customs of China. But this favours China.

China’s exports to Africa were US$104.91 billion while China’s imports from Africa stood at US$99.28 billion in the same year.

However, Beijing has repeatedly said it never deliberately pursues trade surplus with any of its partner.

“We also promote two-way investments,” Mr Yong said at the opening of a dialogue between executives of Chinese financial institutions and African coordinators of FOCAC summit outcomes.

He welcomed African countries to invest in China.

The meeting was to evaluate the implementation of the follow-up actions of the 2018 Forum on China-Africa Cooperation (FOCAC) summit held in Beijing.

Chinese President, Xi Jinping, had, during the summit, promised an impressive $60billion assistance and loans to boost Africa’s infrastructural development.

Yong said Chinese financial institutions would cooperate with their African partners to improve the efficiency of the use of China’s infrastructure financing in the continent.

He said Chinese banks had established more than ten branches in Africa, while some African countries have integrated Chinese currency into their foreign reserves.

He said through financing of mega infrastructural projects across the continent, China has helped in the modernisation and industrialization of Africa.

In doing this, he said the Asian country adhered strictly to the international standards as well as principle of south-south cooperation.

Yong meanwhile acknowledged the efforts of African governments to improve the continent’s economies.

He hailed the implementation of African Continental Free Trade Agreement (AfCFTA) as having the potentials to turn African economies into big markets as well as foster closer economic Sino-Africa relations.

Mr Amadou Ba, Senegalese Foreign Affairs Minister stressed the need for Africa to adopt a common approach in the mobilization of resources and exploration of new sources of financing that guarantee sustainability.

He said the meeting offered Africa the opportunity to further strengthen collaboration with China’s financial institutions and address the challenges facing the continent.

The Executives of Chinese financial institutions said they have financed vital infrastructural projects across Africa worth billions of dollars and reiterated their commitment to continue implementing cost-effective projects.