Three persons have lost their lives due to a chieftaincy tussle in Ankpa local government area of Kogi state. It was learnt that the lingering… 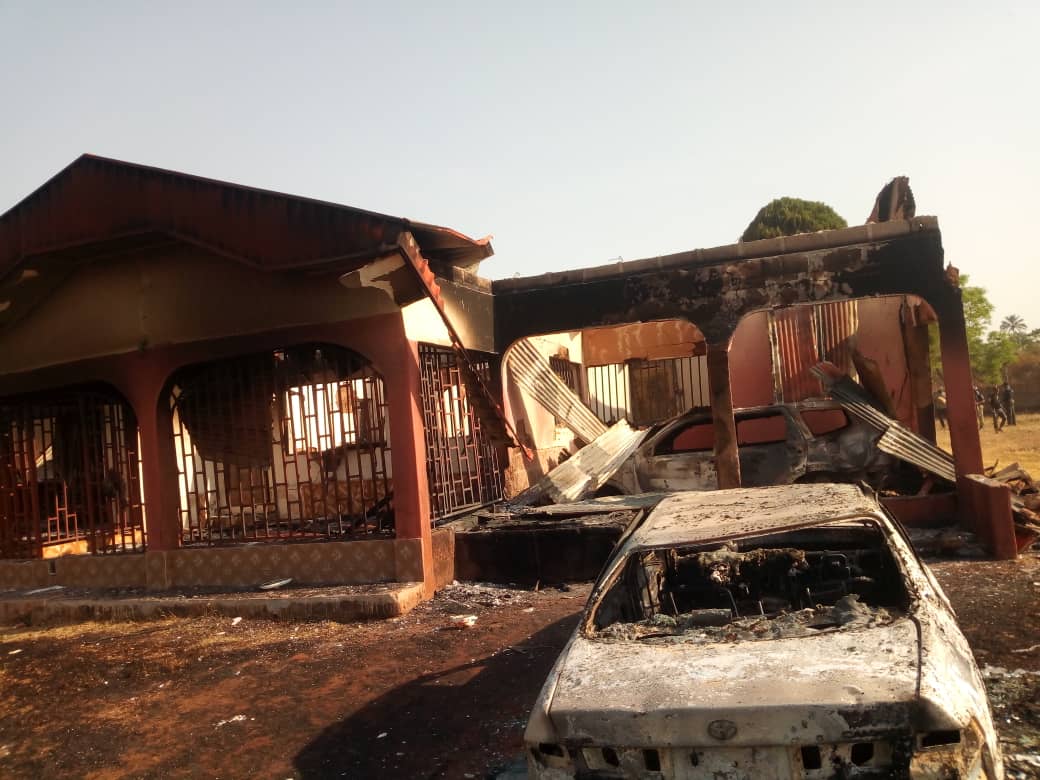 A house and car burnt in the Kogi fracas. PHOTO BY: Ahmed Tahir.

Three persons have lost their lives due to a chieftaincy tussle in Ankpa local government area of Kogi state.

It was learnt that the lingering disagreement over who among the two clans in Akwu community will produce the village head, snowballed into full blown fracas which led to the death of the victims on Wednesday night.

Locals who pleaded anonymity told Daily Trust on phone that the disagreement over the Onu Akwu stool has been on for many years and had led to litigation.

“We were sleeping when we heard commotion from the eastern part of the community and when I came out, some houses were already on fire,” one of the locals explained.

He noted that 20 houses were razed in the clash which lasted more than five hours.

‘We retrieved three bodies and evacuated many injured to health centers and hospitals in Ankpa and environs,” he added.

Our correspondent learnt that among the houses burnt were those of the Administrator for Ankpa Local Government Area, Mr John Aduga.

The Administrator’s kinsman is said to be one of the contenders to the seat.

The state Police Command through its Public Relations Officer, DSP William Aya, confirmed the incident to our correspondent on Thursday.

According to him, altercation over chieftaincy led to the clash with consequent deaths and destruction.

He explained that apart from the three lives lost and houses torched, five motorcycles were also burnt in the fracas.

He said the number of casualties could have been higher if not for the timely intervention of policemen from Ankpa Division.

He however said no arrest has been made in connection with the incident as residents deserted the community when they sighted the police team.