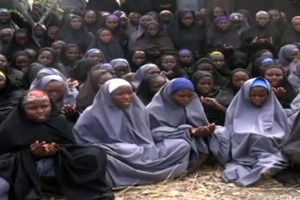 Parents of over 100 Chibok girls still in Boko Haram captivity have expressed worry that President Muhammadu Buhari is yet to send a delegation to console them as he did for the mother of Leah Sharibu, the only remaining Dapchi schoolgirl with the insurgents.

The chairman of Chibok Parents Association, Yakubu Nkenke, disclosed this in an exclusive interview with Daily Trust, saying the parents were anxious to hear directly from Buhari rather than through the media.

According him, so far 25 among the parents have died waiting to reunite with their abducted children while the rest were physically and emotionally affected by the tragedy.

He said although the parents were grateful to the federal government for negotiating the release of 103 girls and rescuing four others, sending a delegation to Chibok would enable them to interface with the government.

“The parents trust the Buhari administration because they fulfilled their promises on the freed 103 girls. Even the four girls who escaped on their own were able to make it because of the pressure mounted on the insurgents. But as human beings, they feel it is taking too long to bring back their children after they were told it would happen soon.

“I just had meeting with the parents. They were worried that if Buhari can send officials to Dapchi to console the parents of Leah, why not seek send another delegation to parents of more than 100 girls in Chibok still in Boko Haram captivity.

“There is need for President Muhammadu Buhari to send some representatives to Chibok, if he cannot come himself. This will give the parents of the missing girls a sense of belonging and solidarity from the federal government”, Nkenke said.