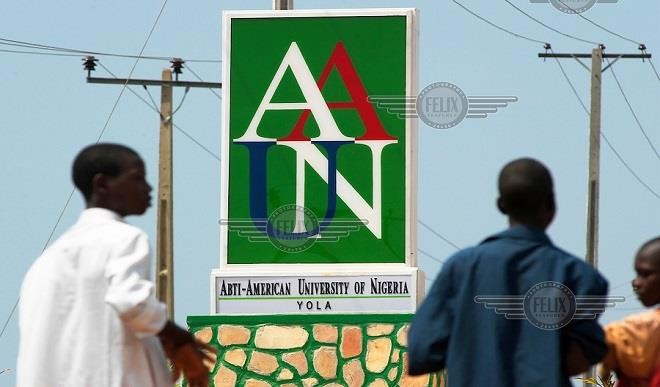 About 100 freed Chibok girls studying at the American University of Nigeria (AUN) on Wednesday staged a protest over alleged stringent feeding policies in the school.

The girls, who reportedly became angry after officials confiscated food items banned from the hostel including soft drinks and snacks, started the agitation on Tuesday at night before they packed their luggage and attempted to leave the campus on Wednesday.

There was commotion at the campus gate in the morning after security refused to allow them exit until the girls were persuaded to return to their hostels following a meeting with officials.

The federal government has awarded scholarship to freed Chibok girls into a foundation programme at the AUN since their release following negotiation with Boko Haram insurgents.

A statement signed by the university’s Vice President, University Relations, Abba Tahir explained that the protest had ended following a meeting between the management and  the protesting students aimed at resolving the matter.

“This morning, we are hosting a meeting with our New Foundation School (NFS) students from Chibok on ways of improving their welfare and giving them the unique AUN campus experience we promised their sponsors, the Federal Ministry of Women Affairs”, the statement said

“This meeting was prompted by a misunderstanding earlier in the morning between a section of the girls and some of their supervisors over the interpretation of policies by the management of NFS aimed at further consolidating their personal comfort and security,” it added.

The release noted the AUN’s resolve to achieve the goals of the foundation programme which focused  on “personal healing, educational development, and gradual community reintegration for  the Chibok school girls”.