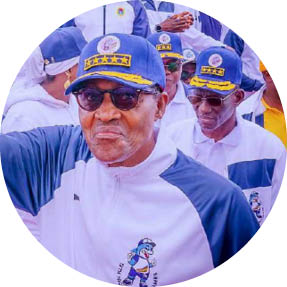 To reach this year’s finals, Musa Haro defeated Serie A FC Kanika 3-0 in the first semi-final match courtesy of Awwal Magaji’s hat-trick scored in the second half of the keenly contested match.

In the second semi-final match, Chelsea Kayawa who had edged out arch-rivals Liverpool in the quarter-finals overcame stubborn Usman Ango FC by a lone goal scored by Aminu Adam in the 85th minute of the match.

The chairman of the Local Organising Committee (LOC) Alhaji Sani Abu Daura, told Daily Trust  that the grand finale will hold in no distant future at the refurbished Daura Township stadium.

He said the committee is working assiduously to ensure that President Muhammadu Buhari and the Governor of Katsina State, Alhaji Aminu Bello Masari, attend this year’s PMB Cup finals.

Daura also expressed confidence that going by their support for the tournament, President Buhari and Masari, would find time out of their tight schedule to grace the final match.

According to Daura, so many activities are being arranged for the finals where the amateur clubs and outstanding players would be rewarded with different prizes.