Changing the narrative of Nigerian women through empowerment

To support economic growth, lessen vulnerability, and increase independence, it is important to ensure that every woman in Nigeria has access to financial, educational, social,… 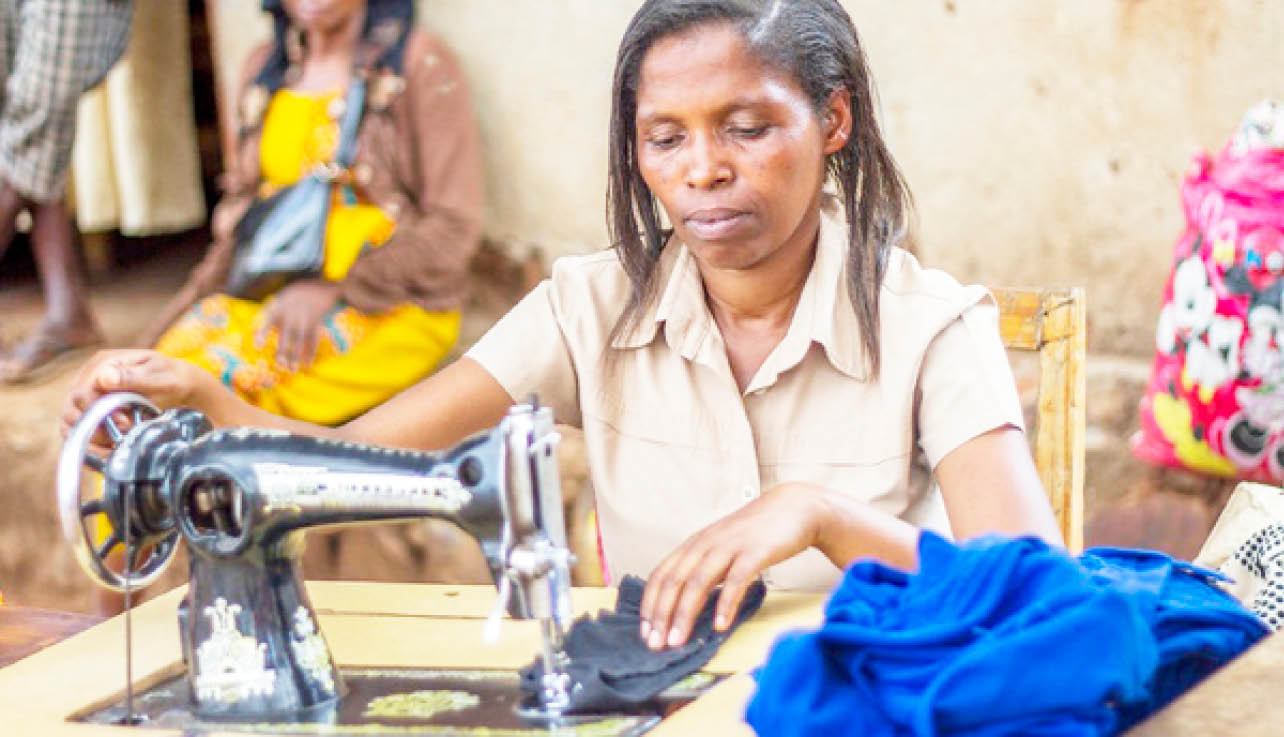 To support economic growth, lessen vulnerability, and increase independence, it is important to ensure that every woman in Nigeria has access to financial, educational, social, and political empowerment. Daily Trust on Sunday reports.

Female empowerment in Nigeria is a wealth creation scheme that aims to reduce poverty by empowering the Nigerian women. Empowerment is the growth of women’s political, social, and economic strength in the development of a nation.

Man insists on marriage with granddaughter

It is also a means of lessening women’s insecurity and reliance in many aspects of their lives. It is important to note that the combination of educational, political, health, and legal independence is critical to women’s empowerment in Nigeria.

As preparations for the 2023 elections commence, Nigerian women are pushing to be more existent in the political sphere as several women such as Khadijah Okunnu-Lamidi (SDP), Uju Ohanenye (APC), Carol Nwosu (AAC), Ibinabo Joy Dokubo (APC), Olivia Diana Teriela (PDP) and Angela Johnson (APGA) all took bold steps to vie for the ticket of their parties for the presidency but still, it is, however still not enough to say that the Nigerian woman has been empowered.

The need to empower women, particularly poor rural women, is critical to Nigeria’s economic progress. According to statistics, Nigerian women are yet to achieve a steady level of personal well-being for profitable economic activities. Inaccessibility to health care, education, and participation in decision-making has hampered women’s growth.

Girls’ education is a strategic development goal because, in addition to enhancing quality of life, access to inclusive education provides women and girls with the tools they need to create innovative solutions to the world’s most pressing challenges.

Educated women are healthier, participate more in the formal labour market, earn higher salaries, and have access to better health care and education if they choose to have children.

Favour Ujunwa, a hairdresser, told Daily Trust on Sunday that she feels bad having not acquired proper education. She believes she would have excelled more in whatever business or profession she decided to do.

She explained that; “Growing up, we were told not to look beyond secondary school which gave us the basic training we needed to be able to communicate. After then, my siblings and I were sent to Lagos to learn different trades. My brother worked as a mechanic and I decided to learn hairdressing.

“However, the case is different for my children. My daughter wants to study ICT and I’m working double just to make sure that her dream becomes a reality. She would also learn a skill because in the country we are in now, you need at least two or three streams of income to keep you going.”

Poverty eradication in all its forms remains one of humanity’s most difficult concerns. Nigeria has the highest number of people living in extreme poverty, with an estimated 90 million Nigerians living on less than $1.90 a day, accounting for roughly half of the country’s population. Women bear a disproportionate share of the burden, and are more likely to live in poverty as a result of social and cultural barriers.

Akon James is an 85-year-old lady who was once in the business of extracting palm oil. She said it was through this work that she was able to send her children to school and also took care of other responsibilities.

“We were at least 15 women who worked in the extraction business then. The pay was fair because the demand for the palm oil was high and it was to be exported. At some point, the women formed an esusu union where we saved some part of the money and used the lump sum to pay bills like rent, school fees, etc.”

Mrs James mentioned that she never felt the need for empowerment until she got a divorced from her husband and needed to fend for herself and her children.

She said that, “I’m glad the younger generation knows what it means for a woman to be empowered financially, academically and socially. I didn’t know the importance of a woman having her own money and assets until my husband and I got divorced and I was left with nothing.

“In my village, I have a small piece of land that I rent in portions to help women in my area farm and sell their produce. At least, with the small earnings they make, they would be able to attend to their personal needs and the needs of their children.”

Mrs Sharon Akube runs a tailoring shop where young girls come to learn the skill of sewing. After their training, they are employed for two years before they leave to set up their own businesses.

She explained that; “It’s better to show these girls that there is a safer way out of poverty rather than opting for prostitution or other vices. What I try to teach them is to realise that once you have an entrepreneurial skill, it’s easy to make money from it.”

Every day, hundreds of women end up dying during pregnancy or from child-related complications. Nigeria accounts for 20 per cent of all global maternal deaths according to the World Health Organisation. This high rate of maternal mortality reflects discrepancies in health-care access caused by social and cultural barriers to prenatal care and contraceptive use.

Sharon Adam is a gynaecologist whose passion is to make sure that pregnant women who come through her labour ward are given proper care and are assured safe deliveries of their babies.

She said that; “I always knew I wanted to be a doctor but I wasn’t sure of what field I’d go into. I wanted to work in a field where my impact will be felt and when I looked to see what we were lacking here in the Nigerian healthcare system; the high rates of maternity deaths caught my attention.

“It’s time we live in a country where a woman isn’t worried whether she would make it out of the labour room or not. Also, most women will feel comfortable discussing their health condition with female doctors.”

Lilian Edet, who runs a hotel, also mentioned that she ensures her recruitment process is fair to women therefore giving them the opportunities to earn equal pay as the opposite gender.

“We’ve had a female manager run the hotel before and she outperformed her male counterpart. Our current workforce has more women than men because it is our goal to see women excel in positions that society have reserved for the men.”

In July 2022, the National Centre for Women’s Development announced plans to construct a new vocational training facility to teach Nigerian women and youth in at least 24 technical/vocational courses such as plumbing, vulcanizing, cosmetology, etc.

Director Estate, Mr Ben Agada, mentioned that “The training centre had exceeded the initial building master plan for the training block because it could not handle the volume and complexity of training that is currently being carried out in order to meet modern trends in skill development. As a result, we want a modern structure that can house over 30 new skill acquisition courses.”