Tottenham and Liverpool should know each other inside out after some epic Premier League encounters in recent seasons. However, these are the three key battles… 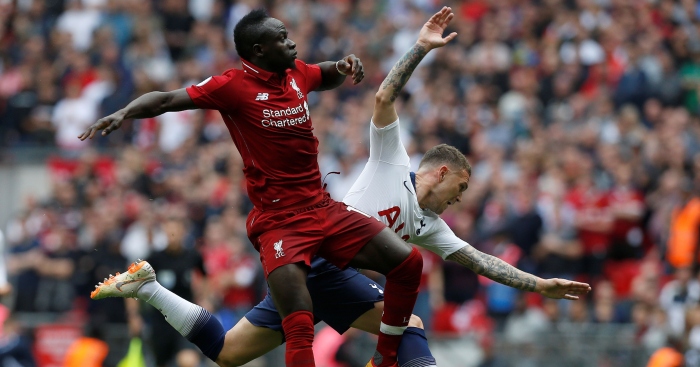 Sadio Mane of Liverpool against Kieran Trippier of Tottenham

Tottenham and Liverpool should know each other inside out after some epic Premier League encounters in recent seasons.

However, these are the three key battles they may be focusing on ahead of tonight’s UEFA Champions League final.

Danny Rose’s pace and physicality on Tottenham’s left-hand side have left opponents looking to the other flank as an area where they are more likely to prosper. Trippier’s form has been inconsistent since a stunning FIFA World Cup with England and he has faced stern examinations in the Champions League this season – Manchester City’s Raheem Sterling giving him a particularly testing time in the second leg of their thrilling quarter-final.

Roberto Firmino appears to be winning his fitness race and is poised to take his place in the centre of Liverpool’s attack, while Mohamed Salah is a certain starter on the right, meaning Mane will go head-to-head with Trippier. The Senegalese was the Reds’ in-form forward towards the end of the term, scoring 14 goals in his last 16 Premier League games, and his speed, trickery and ability to burst in behind opposing defences make him a huge threat.

Right-back Alexander-Arnold provided 12 Premier League assists this season – the most by a defender in a single campaign in the competition’s history – with left-back Andrew Robertson not far behind. The pair’s industry and delivery make them a pivotal part of Jürgen Klopp’s well-oiled machine and that was perfectly illustrated in their 2-1 Premier League victory against Spurs in March.

The burning question is whether the duo will be as marauding away from Anfield or apply more caution against Tottenham’s player of the season, who has the ability to switch flanks and exploit any space in behind. Son has amassed 20 goals in all competitions this term and will start out wide, with either Harry Kane or semi-final star Lucas Moura leading the line. Should Liverpool’s full-backs leave themselves exposed, or be forced onto the back foot by Mauricio Pochettino’s men, Son will doubtless have a major say in the final reckoning.

The central midfielders in both teams are unsung heroes, supplying the graft, bite and ball retention that enable their array of attacking talents to shine. While Henderson may not have Steven Gerrard’s striking prowess, his leadership and tenacity bear the hallmarks of his predecessor. Sissoko has also emerged from the shadows, duplicating the strength and power of the revered Mousa Dembélé to eye-catching effect this campaign.

Both players’ close control and passing can come under scrutiny when the pressure is on, and each will be tasked with ensuring their opponent is hustled and hurried out of their customary rhythm.