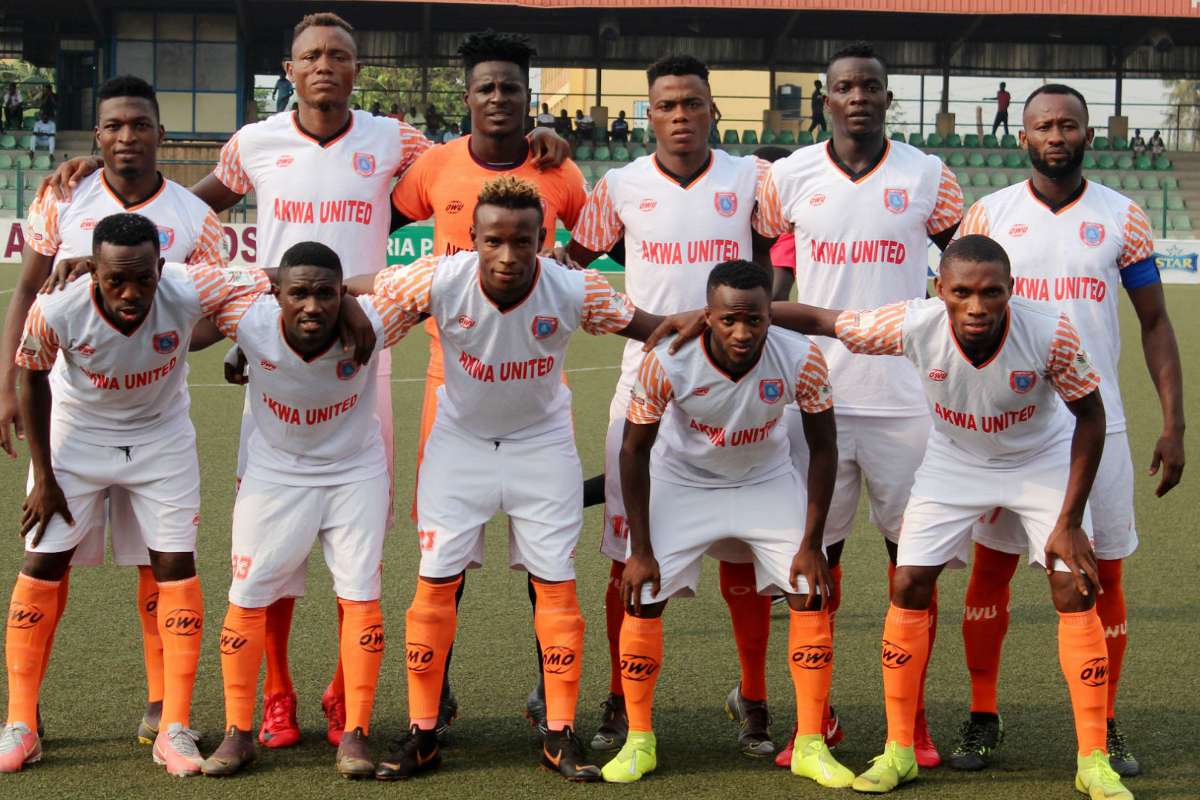 A goal in each half of the highly entertaining match was all the Coach Kennedy Boboye lads needed to pick their third victory of the season.

Hard-working defender, Charles Okafor assisted by Seth Mayi opened the scoring for the home side in the 11th minute when he slammed in a ferocious strike from outside the box for his first league goal since he joined the “Promise Keepers’ in 2021.

Katsina United who edged Gombe United 2-1 in their last match pushed for an equaliser but the defence of Akwa United marshalled by experienced Samson Gbadebo thwarted all their goal attempts for the half to end 1-0.

However, two minutes into the second half, Akwa United’s pacy forward, Ubong Friday doubled his team’s lead with a sweet strike from 20 yards.

Although he failed to get on the score sheet, Akwa United’s newly signed youngster, Godfrey Utim, was a thorn in the flesh of the visitors as they struggled to cope with his pace and big frame.

In the 63rd minute, Stephen Chukwude and Isaac George were brought on for Utibe Archibong and Ezekiel Bassey as Akwa United continued to hunt for more goals.

Substitute Isaac George almost increased the tally for his side in the 81st minute but his left-footed shot hit the crossbar and bounced out for a goal kick to the visitors.