The African Centre for Leadership, Strategy and Development (Centre LSD) has tasked the newly elected governors across the country and other arms of the government… 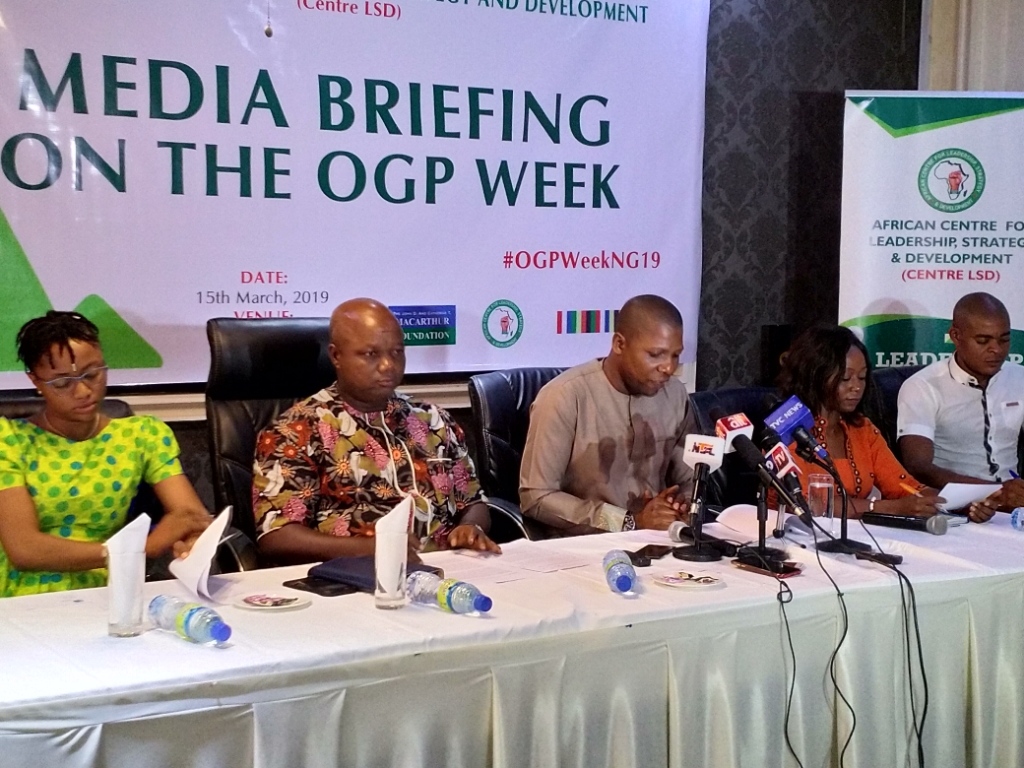 The African Centre for Leadership, Strategy and Development (Centre LSD) has tasked the newly elected governors across the country and other arms of the government across the country to be committed to the spirit and success of the Open Government Partnership (OGP).

The Programme Coordinator, Centre LSD, Mr. Uchenna Arisukwu, made the call on Friday in Abuja at a briefing on the Global Celebration of the OGP Week.

According to him, the Centre LSD is joining over 80 countries across the world in the commemoration of the 2019 OGP Week, with this year’s theme being “Inclusiveness” and is geared towards empowering stakeholders at all levels to contribute their utmost towards the success of the partnership.

“We would like to commend the Muhammadu Buhari-led administration for signing the country into the partnership in 2016 and following this up by enabling the processes for the take-off of OGP Nigeria.

“We also like to commend the governments of Kaduna, Kano, Anambra, Ebonyi, Abia, Enugu, Niger, Edo and Adamawa states for signing up and domesticating the OGP in their respective states and developing the states’ action plans for the implementation of the partnership in their states.

“Of emphasis is Kaduna state, who not only signed up and designed the state action plan but have also been inducted into the Global Secretariat as the first Sub-national entity from sub-Saharan Africa.

“Centre LSD hereby calls on the newly elected governments at both states and federal levels in Nigeria to prioritize the OGP in their agenda. They should as a matter of importance domesticate the OGP in their respective states,” Arisukwu said.

He said OGP is a veritable platform for fighting corruption by opening the governance process as corruption is known to thrive in opacity and secrecy of operations.

He also urged state governments who are yet to sign up to the process to do so and to develop their State Action Plan to support the anti-corruption war and also strengthen their fiscal plans while the federal government should redouble its commitment to actualizing the OGP in Nigeria.

Daily Trust reports that the OGP is an international multi-stakeholder initiative, launched in September 2011 to provide an international platform for domestic reformers to make their governments more open, accountable and responsive to citizens.

Nigeria joined the OGP process in 2016 as the 70th member and the 12th African nation and has committed itself to open contracting, an approach that ensures transparency frameworks that are applied to procurement systems in obligated countries.