Centre for control of arms must work 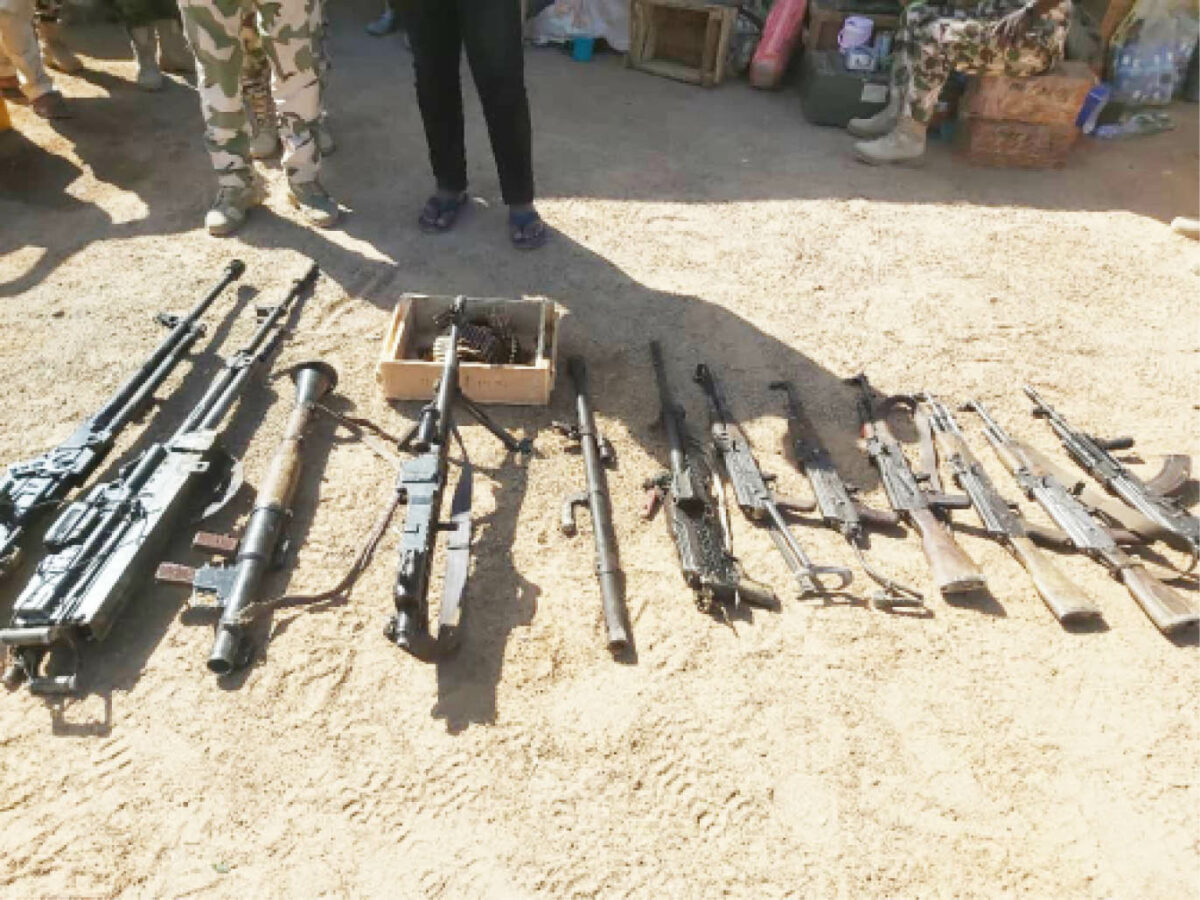 The NCCSALW is domiciled in the Office of the National Security Adviser (ONSA) and replaces the defunct Presidential Committee on Small Arms and Light Weapons (PCSALW). It will serve as the institutional mechanism for policy guidance, research and monitoring of all aspects of Small Arms and Light Weapons (SALW) in Nigeria and forms part of the ongoing restructuring of the nation’s security architecture.

Among others, it is expected to help address emerging threats and strengthen the regional mechanism for the control, prevention and regulation of SALW.

In a statement, the ONSA while announcing the centre, said it was one of the measures to help tackle the general insecurity in the country as it would “be fulfilling the requirements of the ECOWAS Moratorium on Import, Export and Manufacture of Light Weapons, as well as the UN Plan of Action to prevent, combat and eradicate the illicit trade in SALW.

“The NCCSALW will serve as the National Focal Point on SALW in Nigeria and lead a multi-stakeholder process involving Ministries, Departments, Agencies (MDAs) and the civil society in implementing all national, UN and ECOWAS plans of action on the control of SALW.

“The centre will maintain international cooperation and also operate zonal offices in the six geopolitical zones to ensure quick response and effective mobilisation of resources.”

Indeed, the proliferation of SALW has posed security and developmental challenges in Africa and resulted in the deaths of tens of thousands of people every year.

In Nigeria, small arms and light weapons have ravaged lives and property, and combating their proliferation has been a challenge to the government.

For example, a former Head of State, General Abdusalami Abubakar (Rtd), last month at a meeting of the National Peace Committee (NPC), said there were over six million weapons in the country and that they were mainly in the hands of non-state actors.

General Abubakar further said the proliferation of SALP was the reason for heightened insecurity in the country.

It is no longer news that Nigeria is at the moment facing a huge security challenge and everything possible must be done to address it. One way of tackling the scourge is checking the number of arms in the hands of citizens.

This paper, not long ago, did a report on how proliferation of small arms was fueling insecurity, and even after that, more arms have entered into the country illegally and have found their way into the hands of people who ordinarily should not have access to them.

Across Nigeria today, it has become a common sight to see people with arms. And the danger of that, especially as we approach the 2023 general elections, cannot be overemphasised.

Although we are averse to the creation of new agencies, which often than not do not add much value to the country but rather increase cost of governance, we support anything that will help to address the insecurity situation in the country.

However, it must be noted that the creation of the centre is just the beginning of the battle.  It must be made to work so that Nigerians can see results.

The centre should hit the ground running; working in synergy with the police, military, Department of State Services (DSS), National Intelligence Agency (NIA), immigration and other paramilitary groups towards meeting set goals.

Stakeholders, especially those that man the borders – land, air and water – must not allow pecuniary benefits to continue to put Nigeria at risk. They should reduce the volume of the corrupt practices within their ranks that allows the inflow of SALW into the country in the first place.

They should work and share intelligence not only with relevant national security agencies but also neighbouring countries and regional organs like ECOWAS.

The centre is coming on board at a very critical time in the nation’s history and it should ensure that it makes the necessary impact.