The Resource Centre for Human Rights and Civic Education (CHRICED) has faulted the Federal Government’s $1m donations to Afghanistan’s Taliban government, saying the move made… 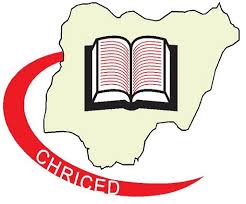 The Resource Centre for Human Rights and Civic Education (CHRICED) has faulted the Federal Government’s $1m donations to Afghanistan’s Taliban government, saying the move made no economic sense.

Executive Director of the center, Dr. Ibrahim Zikirullahi, said yesterday in Abuja at the state of the nation press conference that such gift to Afghanistan should not come from a government claiming to be cash trapped and result to burrowing to finance the deficits in running of the government.

He also condemned the high cost of the nomination form for presidential aspirants by the ruling All Progressives Congress (APC), saying this would pave way for entrenchment of corruption.

Zikirullahi said, “It is difficult to understand how the Buhari administration came to befriend the terrorist Taliban government in Afghanistan to the point of donating funds to them.

“CHRICED categorically denounces this indiscriminate use of the nation’s funds, especially in these trying times. Aside from making little or no economic sense, such a gift should not come from a government that claims to be fighting terrorism within its borders.”

He also described the pardon granted to ex-governors of Plateau and Taraba states, Joshua Dariye, and Rev. Jolly Nyame respectively, as the biggest revelation of the deception fed by the current administration to Nigerians.

He said, “The President’s action demonstrates contempt for the international community and donors who have invested heavily in this government’s anti-graft campaign and denigrates the support of civil society organizations.”

According to him, the President’s action was tainted by political motives as the two ex-governors are card-carrying members of the ruling All Progressives Congress (APC).

“Just when the fight against corruption appears to be finally spreading among Nigerians and development partners, President Buhari announced pitiable, politically-informed state pardons for two recalcitrant former governors, who were jailed for stealing over N2.7bn of public funds.

“It is to the credit of the hardworking staff and leadership of the Economic and Financial Crimes Commission (EFCC) that the country eventually secured a conviction for these two felons. It is, therefore, disappointing and condemn-able that President Buhari decided to reward unrepentant offenders with a state pardon,” he said.

He also warned that unless the security challenges ravaging the country were adequately stopped, the country’s democracy would be greatly threatened during the forthcoming 2023 general elections.

“Unfortunately, President Buhari has continued to admit that the administration is not overwhelmed. He must, however, prove this claim or resign honorably,” he said.

He condemned the ongoing industrial action by the Academic Staff Union of Universities (ASUU) over the government’s failure to honor agreements signed with the union.