Today, Monday October 10, 2022 is public holiday in Nigeria. It was declared to mark this year’s Eid ul-Mawlid celebration in commemoration of the birth… 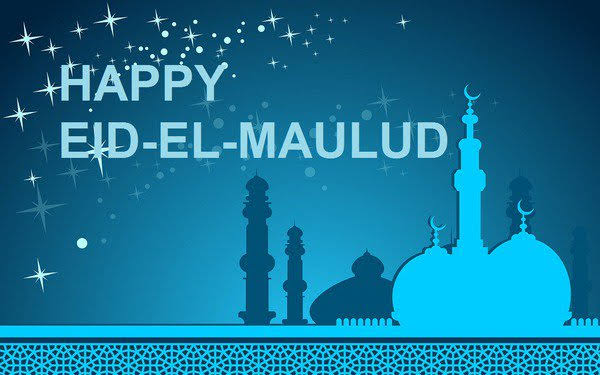 Today, Monday October 10, 2022 is public holiday in Nigeria. It was declared to mark this year’s Eid ul-Mawlid celebration in commemoration of the birth of the holy Prophet Muhammad, peace be upon him (PBUP). He was born to the family of Abdullahi and Aminah on the 12th day of Rabiul Awwal, which is the third month in the Islamic lunar calendar. This was in 570 described in Islamic history as the year of elephant. For the year 2022, the date of his birth corresponded with Saturday October 10, 2022.

Speaking on behalf of the federal government, the Minister of Interior, Rauf Aregbesola, congratulated Muslims of the occasion of this year’s event. In a statement by the permanent secretary int the ministry, Shuaib Belgore, the minister admonished Nigerians to imbibe the spirit of love, patience, tolerance and perseverance which are deep spiritual virtues that the holy Prophet (PBUH) exemplified; adding that doing so would guarantee peace, security and harmony in the country.

Mawlid, is the shortened form of the Arabic phrase “Mawlid ul-Nabiyyi” meaning “Birth of the Prophet”. The history of this celebration is traced to the early days of Islam when some people from among the immediate generation that succeeded the companions of the Prophet (PBUH), called the Tabi‘un in Arabic, began to hold sessions in which poetry and songs composed in honour and praise of Muhammad (PBUH) were recited. In 1207, Muzaffar al-Din Gökburi started the first annual public festival of the Mawlid in modern day Iraq. The Ottomans officially declared it a public holiday in 1588. Nowadays, Mawlid is recognized as a national holiday in many Muslim-majority countries of the world.

In Nigeria, the day which is often celebrated by adherents of Muslim Sufi orders is marked with events that include public processions, giving out alms and food to the needy, and inviting people to a feast. Preaching sessions, which are not restricted to a particular time of the day, are also organized. During such sessions, poetry books such as “Qaidat ul-Burdah” authored by the famous 13th century Sufi scholar, Imam Busiri and similar books of eulogy that seek to extol the virtues of Prophet Muhammad (PBUH) are also read and interpreted.

The best way to express love, loyalty and respect for the Prophet Muhammad (PBUH) should be measured by the extent to which the message of Islam codified in his entire life is imbibed and practised by his followers. The social, economic and moral life lived by the 21st century Muslims, especially in Nigeria generally shows a clear departure from the basic teachings of the Prophet (PBUH). The level of intolerance even among adherents of the same religion in the country, indeed, contrasts with his ideals. Details of the Treaty of Hudaybiyya signed by the Prophet (PBUH) with the Quraish of Mecca in 628CE, part of which required the Prophet (PBUH) and his followers to abandon their plan to perform lesser-pilgrimage that year, was a demonstration of the Prophet’s brand of religious tolerance.

Although the companions of the Prophet (PBUH) were unhappy with aspects of the treaty, they neither abused their leader, the Prophet (PBUH), nor took up arms against their persecutors. They persevered patiently until Allah came to their aid when their oppressors breached the pact; culminating eventually in the historic Conquest of Mecca. The Medinan Constitution which did not only recognise the rights of Christians and Jews but also provided for their protection by Muslims illustrates a high sense of religious tolerance and understanding under the singular leadership of the personality whose birth is being celebrated. Dialogue, patience, and understanding are some of the prophetic virtues Nigerians need today to live peacefully in their God-designed multi-faith and heterogenous country. Easy recourse to violence even over matters that could be amicably resolved is un-prophetic.

The inexcusable Nigerian-phenomenon of street-begging for reasons of hardship or deprivation is the worst way to be unlike Prophet Muhammad (PBUH). As an orphan, Muhammad (PBUH) took up the job of a salesman under a wealthy Quraish businesswoman, Khadijah, who later became his first wife and gave birth to six of the prophet’s children even as she was older in age. The Prophet (PBUH) did not marry another wife until after Khadijah’s death. One most-important virtue that endeared the Prophet (PBUH) to Khadijah was the honesty with which he carried out all business transactions on her behalf. Integrity, which is the most precious of all the virtues missing in most Nigerians nowadays, earned the Prophet (PBUH) what dishonesty and corruption may not have certainly bestowed on him.

To be a true follower of the orthodox teachings of the Prophet (PBUH), corrupt practices, which are pushing hard-work and honesty to the background, must not be in the character of a Muslim. As we celebrate this year’s Mawlid, we encourage all to pray for the country, its leaders and for the peaceful conduct of the 2023 general elections; seeking Allah’s intervention in all the security and economic challenges confronting us as a nation.