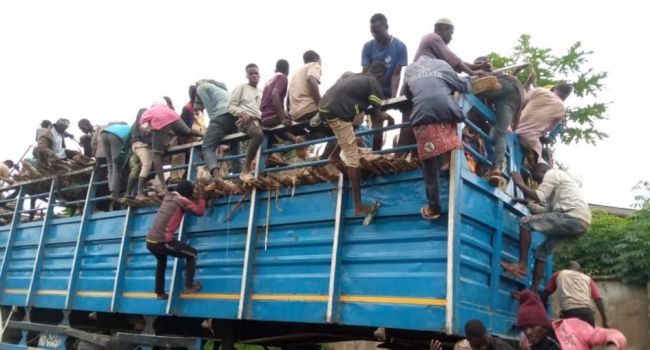 Amalgamated Union of Foodstuffs and Cattle Dealers of Nigeria has introduced a law banning overloading of passengers alongside cattle to South West and South East regions of the country.

Speaking at a meeting in Kaduna, National President of the Union, Comrade Mohammed Tahir, said the union took the step to protect the lives of the passengers being conveyed to markets in southern regions.

“We all know what happened recently when Amotekun members arrested northerners loaded in a vehicle at Akure town on suspicion of being terrorists. We were not happy hence the need for the ban henceforth,” he said.

He also said the ban will help protect the Northern region and its people from being ridiculed by southerners.

He also said the union has introduced a waybill for each vehicle traveling with goods to the southern region and other parts of the country.

According to him, the waybill contains information about the goods, the owner, and the destination saying this will help tackle transporting of stolen cattle from the north to the southern region.