A Catholic priest, Rev. Fr. Hyacinth Alia, has joined the 2023 Benue State governorship race on the platform of the All Progressives Congress (APC). Daily… 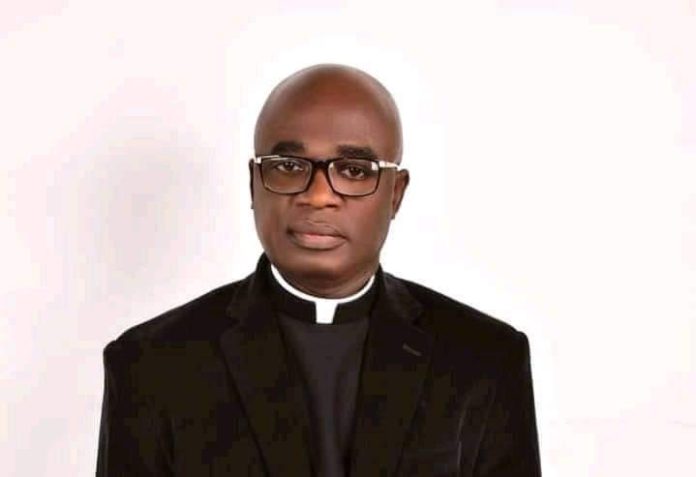 A Catholic priest, Rev. Fr. Hyacinth Alia, has joined the 2023 Benue State governorship race on the platform of the All Progressives Congress (APC).

Rev. Alia in the interactive session with the Benue community in Abuja, organized by a group, the Alia Alliance, also rolled out his seven-point agenda for the development of Benue.

He said his mission was to ensure that government continued to prioritize the needs of residents and people of the state.

The renowned priest of the Catholic Diocese of Gboko, said he would ensure that government served the people, if given the chance to lead the state.

He said his seven-point agenda include enhancing education and healthcare, tackling corruption and other malpractices.

He said, “Social justice will be strictly adhered to the context of ‘One Benue, One Brotherhood’. I would also stop land grabbers in the state.”

He also pledged to create jobs and ensure massive industrial development through tax breaks and holiday to local businesses.

“We will provide a leadership that will restore our values, pride and dignity. Benue has suffered from long years of ill-governance which has stunted its growth and development,” Alia said.

He said that maladministration over the years had resulted in the underdevelopment, insecurity and general hardship that people of Benue had been subjected to.

He, therefore urged all Benue indigenes to rise up and join him to change the ugly political narrative in the state.

Speaking earlier, the Chairman of the Alia Alliance, Mr. Peter Ashiekaa, appealed to the Benue indigenes in Abuja to support what he called, the ‘Divine Project’ for the rapid development of Benue State.