Grammy award-winning rap artiste, Cardi B, has released her first single this year titled, Hot Shit. On this new record, the mother-of-two teams up with… 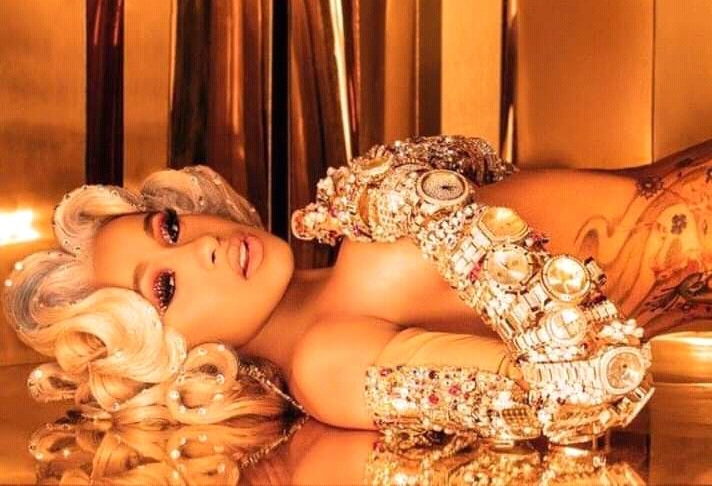 Grammy award-winning rap artiste, Cardi B, has released her first single this year titled, Hot Shit. On this new record, the mother-of-two teams up with music and fashion mogul, Kanye West, as well as, Lil Durk

The record is one of the songs from Cardi B’s highly anticipated sophomore album.

The rapper took to her Instagram Live to note that the song is “great for the clubs,” but will differ from her previous releases.

She said, “It’s something that I feel like y’all haven’t heard from me before.”(sic)

Moreso, speaking with Apple Music presenter, Zane Lowe, about the song, Cardi revealed that it is “a little bit older than ‘WAP’” and was originally recorded in 2019.

She also discussed West’s contribution to the track coming together in the recent past.

“Kanye gave me this verse a couple of months ago when he was just all over the media, because of all of the things that were going on, and I like how his verse is personal, but it’s not that personal. It’s enjoyable in the clubs that you could be like, “Yeah, yeah. You talk your big cash.”

“I really love it. And I’m so happy that he gave me this verse. And I had a lot of conversations with Kanye West. I learned so much about him and he’s such an amazing, sweet person. I’ve been feeling like, I wish a lot of people have conversations with him so they could just see the real him,” the rap artiste said.