Cancer: Why women should regularly check their breasts

Breast cancer is one of the most common cancers affecting women in Nigeria. The World Health Organisation (WHO) says breast cancer is the fifth leading… 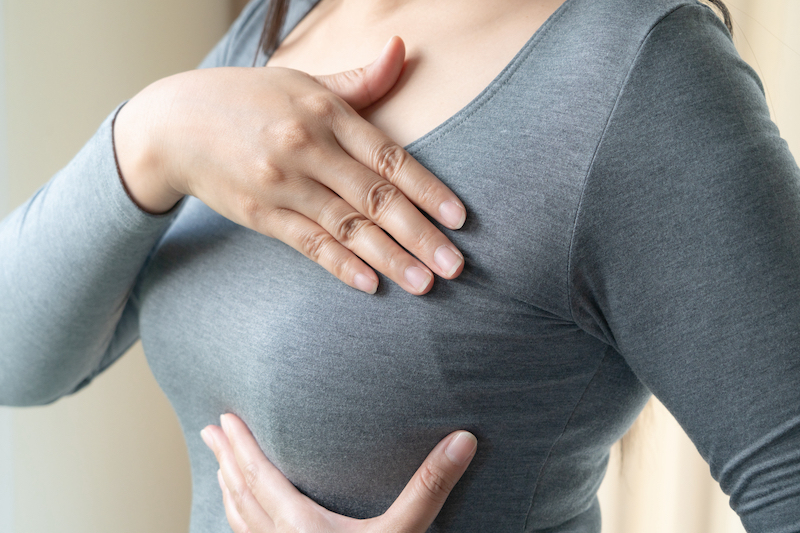 Breast cancer is one of the most common cancers affecting women in Nigeria.

The World Health Organisation (WHO) says breast cancer is the fifth leading cause of cancer deaths worldwide in 2020, with 685,000 deaths attributed to it.

The Globocan 2020 report showed that breast cancer is the leading cause of cancer deaths in Nigeria, currently representing 23 per cent of all cancer cases and approximately 18 per cent of deaths.

This has informed the need for women and men to frequently examine their breasts in order to prevent the increasing number of people battling the disease.

‘HIV prevalence among Nigerian fishermen, 4 others higher than national average’

An apple a day really might keep the doctor away!

Fatima Kabiru Alkali, the founder of the ThinkPink Foundation, a non-governmental organisation for breast cancer awareness in Kaduna, said breast cancer is becoming more common in men and there is little awareness about it.

“Another thing is that men tend to think breast cancer can only develop in women, but actually some men have breast cancer too even though it is rare: it occurs in a small percentage of men and is mostly due to family history.

“If women in your family have had breast cancer before, it means you could develop breast cancer even if you are a man, and even if it does not occur in the men in such families, it could to women cutting across daughters, mothers, wives and so on.”

She urged men to pick interest in the signs and symptoms of breast cancer in order to step it down to the females they know, saying, “We will like to have more support from men because it is not just a female issue, it actually affects them directly or indirectly.”

Fatima, a medical radiographer who specialises in mammography (specialized medical imaging that uses a low-dose x-ray system to see inside the breast), said out of the over 500 people that her foundation screened in October, 10 presented with breast diseases.

She said, “l noticed that a lot of women have issues with their breasts, and there is this impression that matters relating to the breast cannot be discussed with any doctor, the women prefer to see a female doctor.

“l worked with a government hospital, so l have noticed that whenever women have breast issues, someone will just call me privately and lay their health challenges and because I am not a doctor, l have to look for a female doctor and connect them with them so they can be examined and maybe sent to radiology, where I come in for breast imaging and all that.

“Breast problems are just like any other health problems but women do not see it like that. They are shy about talking about their breast problems with just any doctor and in the end, decide to ignore the symptoms.”

She said based on her experience, she decided to start a programme so that women can access care, adding, “The rate at which women have breast cancer and then stay with it just because they are shy to go to a hospital, is worrisome.”

Concerned about the trend, she said, “My friends and I, including Halima Suleiman, Rabi Mado and Aisha Ahmed, decided to screen women for the whole month of October, which is the month of cancer awareness, and we closed the screening with a 9.03 kilometre walk attended by over 1, 800 people.”

She encouraged people to get checked regularly in order to detect the disease early, as early detection can save the lives of many, adding, “We cannot just detect the problem and let you go, we have to find another way of supporting the patient, so we are trying to find ways to see how we can go beyond detection to assist in payment of the medical bills and others.”

Highlighting some challenges, she said funding is their biggest challenge and called on well-meaning Nigerians and other like-minded organisations to extend collaborations to them as they try to beat cancer in the country.

She disclosed that, on the long run, the foundation hopes to extend its support to rural communities in the state but noted that insecurity is another challenge.

She advised women of child-bearing age to regularly check their breasts, especially five days after their periods, for lumps or any changes in size, colour, shape, texture and appearance of a rash.