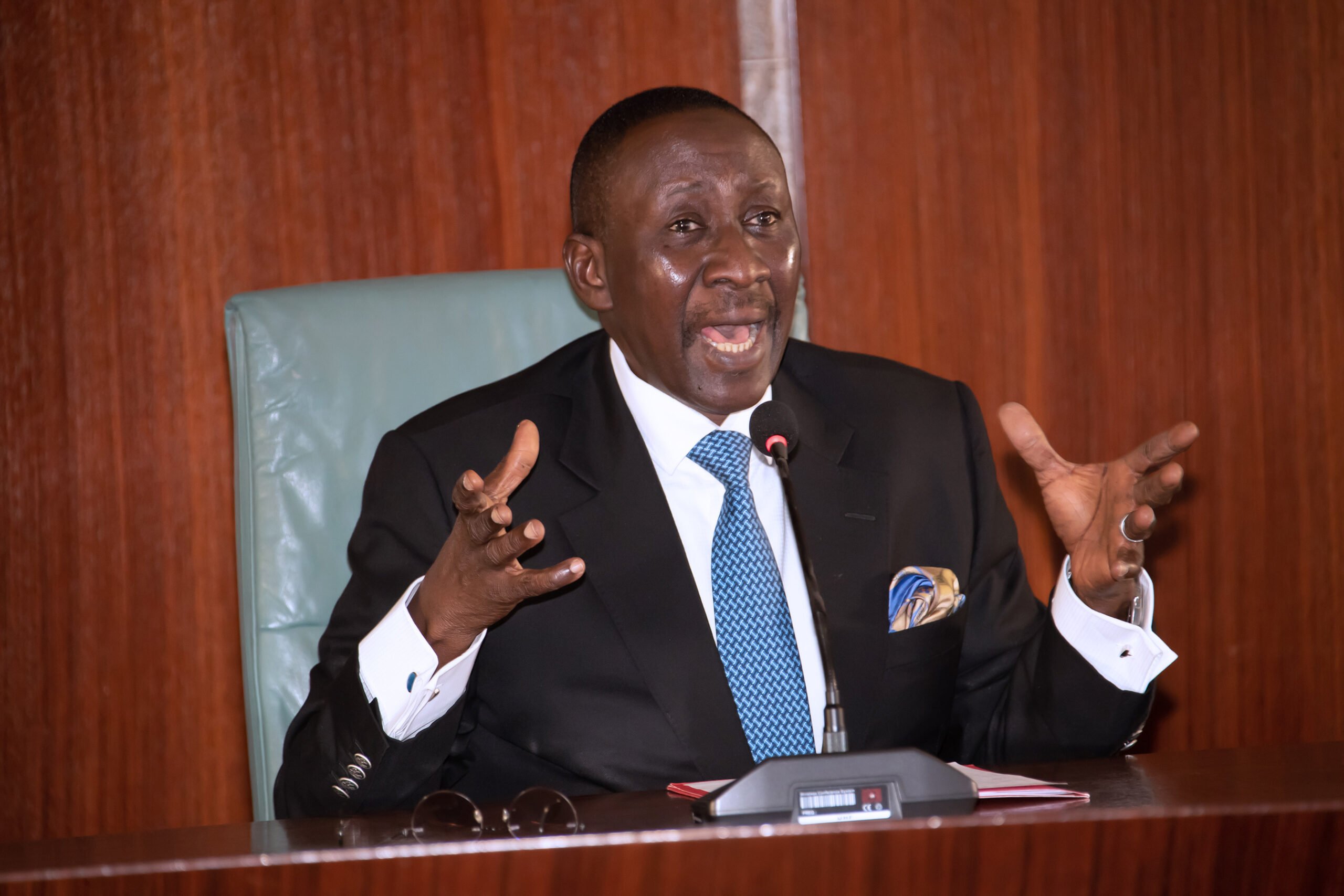 Thu, 1 Dec 2022 16:53:18 WAT
The National Security Adviser (NSA), Major General Babagana Monguno (retd), has cautioned state governors using thugs to prevent opposition from placing their campaign materials in strategic points that security agencies will soon take necessary measures if such action continues.
Moguno spoke on Thursday while featuring at the Ministerial Media Briefing organised by the Presidential Communications Team at the Presidential Villa, Abuja.
He reacted to reports of state governors implementing policies that prevented the presence of opposition campaign materials in their states.
The NSA, who said there would be no hiding place for the perpetrators when the law enforcement agencies moved, blamed the action on what he called inferiority complex.
Monguno, who warned the governors to restrain their thugs, said President Muhammadu Buhari had given clear directives that the 2023 elections must be free, fair and credible.
He specifically warned the governors to “call their Capo regime to order because when we move, there will be no hiding place.”