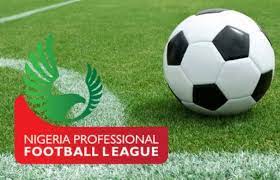 The ‘Pride of Rivers’ had breezed past Watanga FC of Liberia 3-1 on aggregate to set up a clash against Wydad Casablanca of Morocco in the next round of the tournament.

In a statement, the General Manager of Rivers United Football Club, Chief Dr Okey Kpalukwu JP while reacting to the club’s chances of beating their Moroccan opponent in the next round also assured qualification to the group stage of the CAF Champions League.

He also thanked the governor of Rivers State, Barr Nyesom Wike for his support and magnanimity towards the team.

Speaking to the Club’s media, Okey Kpalukwu said, “I want to thank our amiable governor for his tremendous support for the team through the approval and provision of the needed funds for the continental trip.

“In the same vein, a special thanks has to go to the Sports Commissioner, Barr. Chris Green for his unrelenting efforts and encouragement to get the players in the right frame of mind, without which not much could have been achieved.

“It’s going to be a very tough clash against the defending champions, but I want to assure Rivers people and Nigerians that Rivers United have got the quality, support and backing to qualify into the group stage of the competition. The boys will work hard and every hand must be on deck this time to get into the group stage,” he said.

Rivers United will host Wydad Casablanca in the first leg of the next round at the Adokiye Amiesimaka Stadium on October 9, 2022, and will travel for the reverse fixture a week later in Casablanca.