Buratai pulls out of Nigerian Army

The immediate past Chief of Army Staff, Lt.-Gen. Tukur Buratai has officially pulled out of the Nigerian Army in a parade at Mogadishu Cantonment, Asokoro,… 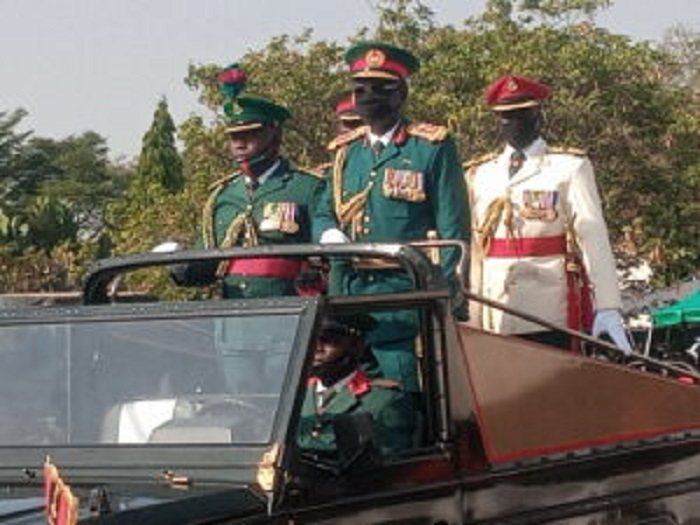 The immediate past Chief of Army Staff, Lt.-Gen. Tukur Buratai has officially pulled out of the Nigerian Army in a parade at Mogadishu Cantonment, Asokoro, Abuja, on Friday.

As part of the military tradition in honouring a retiring Chief of Army Staff, the event involved a march past by the officers of the Nigerian Army.

The event was attended by the Minister of Defence, retired Maj.-Gen. Bashir Magashi, members of the National Assembly, Gov. Babagana Zulum of Borno, the new Chief of Army Staff, Maj.-Gen.  Ibrahim Attahiru, representatives of other services chiefs and Buratai’s Regular Course mates.

The event also featured the unveiling and launching of the book entitled “The Legend of Buratai”, written by him.

While unveiling the book, Magashi said that the event was not just a pulling out but a celebration of the numerous achievements of Buratai as Army Chief.

Magashi said the book — “The Legend of Buratai Volume 2″ — was a chronicle of the life of Buratai while growing up.

He said the book would inspire the younger minds to aspire higher in life.

Buratai, urged the readers to take their time to digest it, noting that all the narratives in the book were real. (NAN)