The Vice President, Prof.  Yemi Osinbajo, has said that some people are working against the government of President Muhammadu Buhari. He said Buhari inherited a… 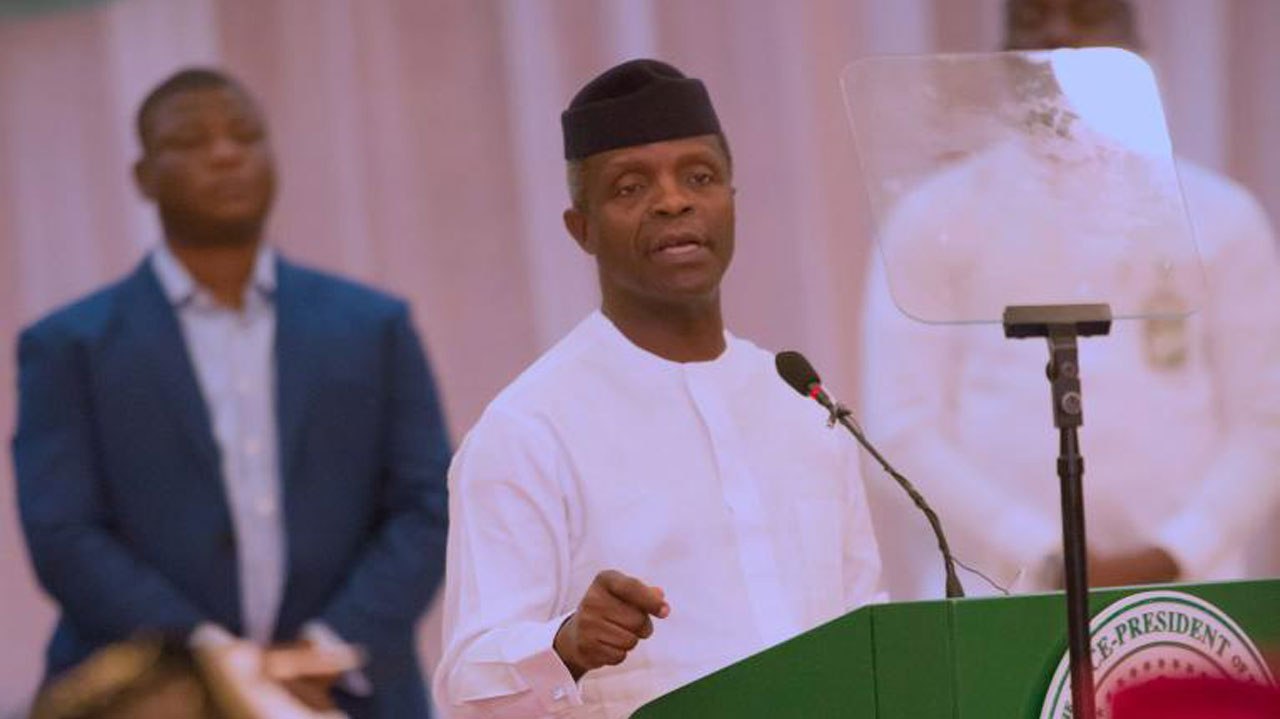 The Vice President, Prof.  Yemi Osinbajo, has said that some people are working against the government of President Muhammadu Buhari.

He said Buhari inherited a highly debilitated and debased economy from the administration of Dr. Goodluck Jonathan, which had prevented some of the steps taken by the president from manifesting on the well-being of Nigerians.

Addressing the congregation, Prof.  Osinbajo said: “This country requires everybody to be on board to work hard. I belong to the All Progressives Congress (APC), a party that belongs to Chief Obafemi Awolowo. It is not true that President Buhari doesn’t know how to govern, it is not because we have not done enough, there are saboteurs and many fifth columnists working against us, but we are going to triumph.

“The concern of President Buhari, the APC and those of us in his government is for Nigeria to move forward and we will achieve this. All the good social investment programmes like Tradermoni, N-power and others will soon start to bear fruits and manifest .We are all going to benefit from Buhari’s administration.

“I became frightened when the man of God said only those of us in power are enjoying,  this is not true. We have done our best for Nigerians”, he stated.

Osinbajo praised the late Fakoyede for her honesty, saying her good deeds would continue to bear good fruits in the lives of her children.

The Speaker of the House of Representatives, Hon. Femi Gbajabiamila, who was represented by the lawmaker representing Ekiti North Federal constituency II, Hon. Ibrahim Oanrewaju, said the late Mrs. Fakoyede worked very hard and generations yet unborn would continually remember her for being caring, painstaking and honest.

In his sermon, the priest in charge of the church, Reverend Mathew Ayorinde Ajao, appealed to Nigerian leaders to always put their trust in God and work for the people rather than themselves.