Alhaji MK Ahmed, a former administrative secretary of the defunct Northern Elements Progressive Union (NEPU) has died at the age of 96.  One of his… 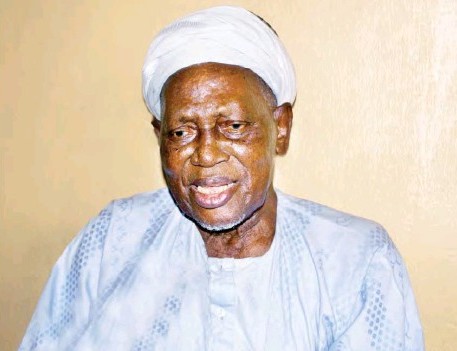 Alhaji MK Ahmed, a former administrative secretary of the defunct Northern Elements Progressive Union (NEPU) has died at the age of 96.

One of his children, Suleiman Ahmed, told journalists that the late elder statesman died at Aminu Kano Teaching Hospital, AKTH after a protracted illness on Saturday morning.

He said the deceased left behind a wife, 30 children and many grandchildren.

In his last interview with Daily Trust, which was published in 2018, the late politician reminisced on how he was first appointed as the press secretary of NEPU after working closely with the late Malam Aminu Kano as his personal secretary before becoming the administrative secretary of the party in 1961.

The late MK Ahmed founded the Nigerian Pilgrims Welfare Association in 1961 and became its secretary.

The deceased also authored the book, “Chronicle of NEPU/PRP”.

He worked in various government and private organisations such as the defunct Electricity Corporation of Nigeria, ECN; National Electric Power Authority, NEPA; Arab Brothers, among others.

He was a recipient of the national honour of Member of the Federal Republic of Nigeria, MFR, in 2003.

Meanwhile, President Muhammadu Buhari in a statement issued Tuesday by his Senior Special Assistant on Media and Publicity, Malam Garba Shehu, has commiserated with the family of the deceased.

Buhari paid tribute to a man celebrated for his numerous contributions to political development in Northern Nigeria and the country at large, as well as service to his fatherland as the pioneer head of the Muslim Pilgrim Welfare Association of Nigeria, now National Hajj Commission of Nigeria (NAHCON).

The president said MK Ahmed as a disciple of the iconic Malam Aminu Kano demonstrated moral uprightness, social justice and deep passion for the welfare of the downtrodden, associated with the late founder and leader of NEPU.

He recalled that in recognition of his services to the country in the public and private sectors, the late Sarkin Yakin Lakwaja was awarded the national honour of Member of the Order of the Federal Republic (MFR) in 2013.

President Buhari, who said MK Ahmed’s legacy would be remembered by many generations to come, prayed for the peaceful repose of the soul of the departed and comfort for all who mourned.

Also, the elder statesman, Tanko Yakasai, in a statement, described the deceased as a patriotic Nigerian that would be missed by all and sundry.

Yakasai, a contemporary of the deceased, told Daily Trust that the death of MK Ahmed was a great loss to all nationalists in Nigeria.

“He was a dedicated patriot throughout his lifetime. May Allah grant him eternal rest,” he said.