President Muhammadu Buhari has, for the first time, expressed his backing for the recovery of designated grazing routes for herders to move their cattle to… 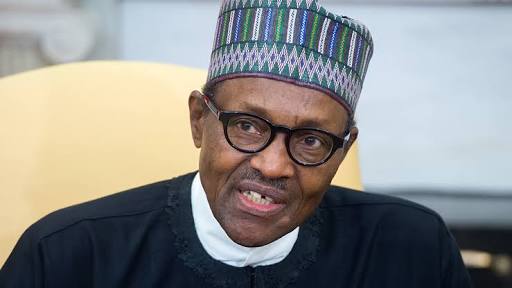 President Muhammadu Buhari has, for the first time, expressed his backing for the recovery of designated grazing routes for herders to move their cattle to several parts of the country as practised during the First Republic.

President Buhari spoke on the controversial open grazing while fielding questions during an exclusive interview broadcast Thursday on Arise Television.

It would be recalled that the 17 southern governors had banned open grazing after a meeting held in Asaba, the capital of Delta State.

The President, who expressed his opposition to the decision, directed the Attorney-General of the Federation (AGF) and Minister of Justice, Abubakar Malami, to kick-start the process of recovering land from people who had used the cattle grazing routes for other purposes.

Malami, who had earlier spokes against the decision of southern governors to ban open grazing, likened it to northern governors banning spare part business synonymous with southerners, especially the South East people.

Asked if he agreed with the AGF’s position, President Buhari responded: “You want me to contradict my attorney-general?”

The President spoke further: “What I did was ask him to go and dig the gazette of the 1st Republic when people were obeying laws. There were cattle routes and grazing areas. Cattle routes were for when they (herdsmen) are moving up country, north to south or east to west, they had to go through there.

“If you allow your cattle to stray into any farm, you are arrested. The farmer is invited to submit his claims. The khadi or the judge will say pay this amount and if you can’t, the cattle is sold. And if there is any benefit, you are given and people were behaving themselves and in the grazing areas, they built dams, put windmills in some places there were even veterinary departments so that the herders are limited. Their route is known, their grazing area is known.

“But I am telling you, this rushing to the centre (sic) so I asked for the gazette to make sure that those who encroached on these cattle routes and grazing areas will be dispossessed in law and try to bring some order back into the cattle grazing.”

Buhari protested against the utterances of Benue State Governor Samuel Ortom who had accused him of failing to take actions against herdsmen because he is also a member of the Fulani herders.

The President, while reacting to the question that also focused on the efforts being made to put an end to farmers-herders clashes in various parts of the country, said he had told Ortom that the herdsmen perpetrating the attacks are not the Nigerian ones.

He said the Tivs, which form the majority in Benue, and the Fulanis had been engaged in cultural conflicts for a long time.

He added, “The problem is trying to understand the culture of the cattle rearers. There is a cultural difference between the Tivs and the Fulanis. So, the governor of Benue said I am not disciplining the cattle rearers because I am one of them.

“I cannot say I am not one of them but he is being very unfair to me and I told him that the Nigerian cattle rearer was not carrying anything more than a stick sometime with a machete to cut some trees and feed his cattle but those sophisticated ones move with AK 47.

“So, from other areas, people rush to Nigeria you know and Fulanis from Mauritania and Central Africa look the same so they feel they are the Nigerian ones and I assure you that we are trying to resuscitate these cattle routes, grazing areas and make them accountable.”

When asked about his view on state police, the President said: “I’ve been reading it in the newspapers. Those of us who are old enough to know the old NA police and so on, that time the traditional institutions’ leaders were very effective in each community. I’ll give you an example of recent.

“Two governors from the Southwest came to tell me that the cattle rearers in some of the forests there had killed farmers while their cattle were eating their crops. So, I told them you campaigned to be elected and you are elected, he said yes. I said go back and sort out yourself because there’s been a system, as all of us here can recall, even in your local government, when there are security at each level; at the local government and state.

“It consists the traditional leader in that area, who had been there for generations. So, they know all the cooks in the locality. Then the police, then those who would come, whether they are cattle rearers or influential traders, they are part of it. They meet either monthly or quarterly and discusses the security at that level. If it is above them, they pass it on.

“So, I told those governors to go back and go to the older system, so that they will have intelligence, you will know what is happening in your constituency. You just can’t go round winning elections and then sit tight and think somebody will do their job for them. I just sent them back.”

Vows to deal with IPOB

On the secessionist agenda of the proscribed Indigenous People of Biafra (IPOB), the President promised to go after the group.

“I was encouraged by what I heard, nobody told me. Two statements from the south south: one by the elderly people, they said this time around, there would be no (secession). And again the youth made the same statement; such encouragement,” Buhari said.

“So, that IPOB is just like a dot in a circle. Even if they want to exit, they’ll have no access to anywhere. And the way they are spread all over the country, having businesses and properties. I don’t think IPOB knows what they are talking about.

“In any case, we say we’ll talk to them in the language that they understand. We’ll organise the police and the military to pursue them.

“My statement about speaking language is very simple. It is meant for all criminals in Nigeria. What it means for the IPOB is that I will go after them through the military and police and rid them of their criminal tendencies. I have no regret whatsoever…..”

President said it was difficult to fight corruption under a democratic setting currently existing in the country.

The President said it was easy for him to fight corruption when he was military Head of State in the early 80s “when a lot of people were sent to prisons before I was also booted out”.

He, however, said that in spite of the challenges faced in the battle against graft since he became a democratically elected President six years ago, his administration has succeeded in easing out corrupt public officials without making noise about it.

President Buhari said the Boko Haram insurgency in North Eastern part of the country is largely fuelled by youth unemployment and poverty.

He also revealed that the majority of the Boko Haram members are Nigerians as informed by Governor Babagana Zulum of Borno State.

According to him, his government has done a lot to fight the terrorists but the problem in the “North-East is very difficult.”