Buhari to spend 15 days in London, making a total of 242 days in UK

President Muhammadu Buhari will on Saturday November 2, 2019, from Saudi Arabia proceed to the United Kingdom on a private visit. The president, who left… 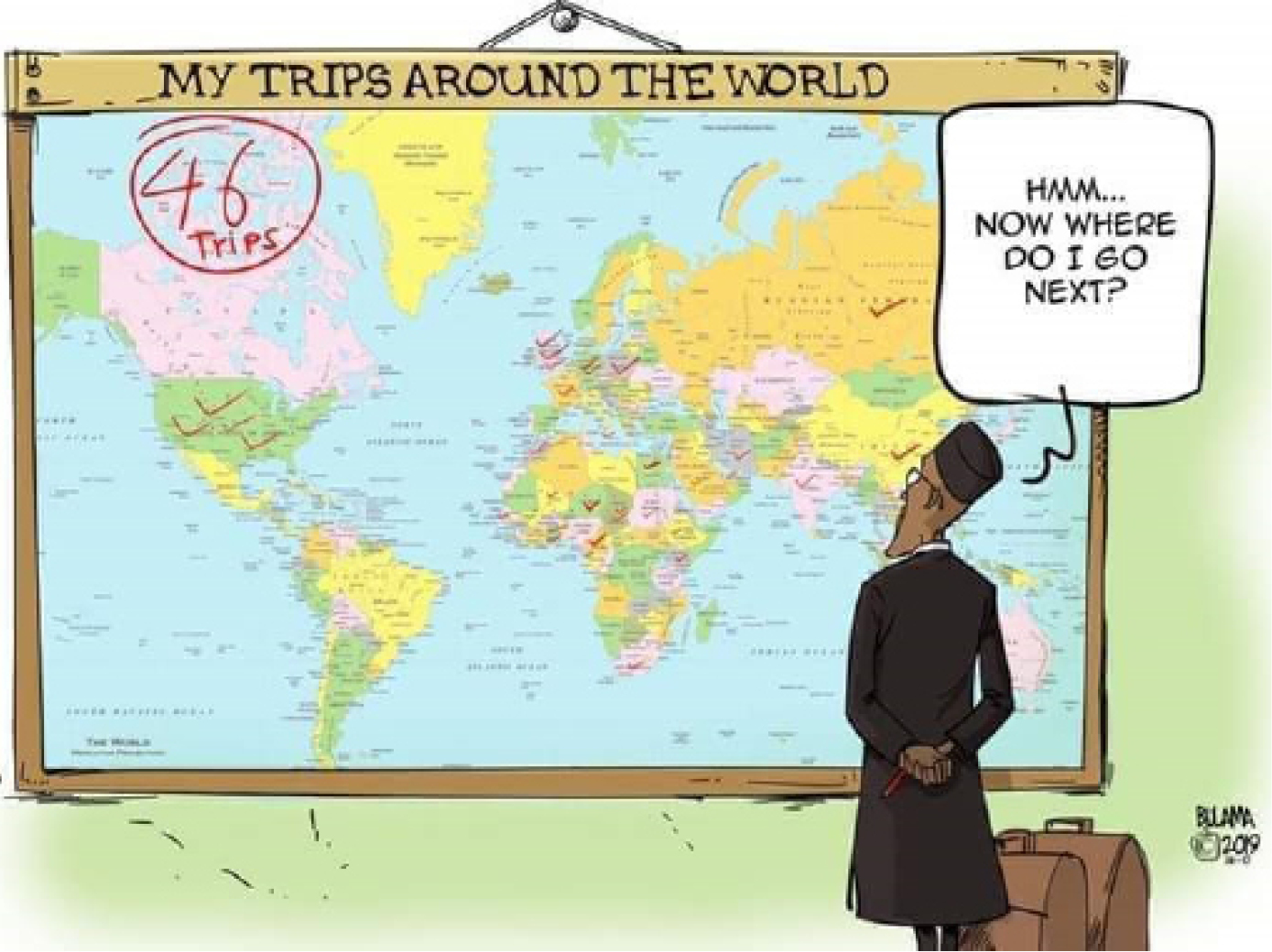 President Muhammadu Buhari will on Saturday November 2, 2019, from Saudi Arabia proceed to the United Kingdom on a private visit.

The president, who left the country yesterday on an official trip to the Kingdom of Saudi Arabia to attend the Economic Forum of the Future Investment Initiative (FII) in Riyadh, will spend five days in the country before leaving for the UK.

Presidential spokesman Femi Adesina, in a statement, said President Buhari is expected to return to the country on November 17, 2019 from the UK.

Tomorrow, the president will participate in the high level event titled ‘What is Next for Africa: How will Investment and Trade Transform the Continent into the Next Great Economic Success Story?’ with presidents of Kenya, Congo-Brazzaville and Burkina Faso.

The president was in Saudi Arabia twice in May this year. First he was there between May 16 and 21 for the Lesser Hajj. On May 30, barely hours after he was sworn in for a second term, he left the country for Saudi Arabia for the 14th summit of the Organisation of Islamic Cooperation (OIC), hosted by King Salman bin Abdulaziz Al Saud.  He returned to the country on June 2

At the end of the summit, President Buhari will on Saturday November 2, proceed to the United Kingdom on a private visit. He is expected to return to Nigeria on November 17, 2019, according to Adesina.

The presidency statement revealed that the president will be in the UK for 15 days this time around. Previously, he had spent 227 days in UK, making a total of 242 days.

Earlier this year, Buhari was on a 10-day private visit to UK from April 25 to May 5.

Daily Trust checks revealed that President Buhari was in the UK in 2018 from April 9 to 21 for his annual leave. In May, he had a technical stopover there. Between May 8 and 11, the president was also there. Similarly, he was in the UK August 3-18.

In 2017, the president was there from January 19 to March 10 on medical leave. Daily Trust reports that he handed over the affairs of the country to Vice President Yemi Osinbajo.  Two months after he returned to the country, he went back and spent 104 days, from May 8 to August 19, 2017.

Buhari was in the UK between February 5 and 10 in 2016 on vacation. In May (13-15) of same year, he was there for the anti-corruption summit. Also in 2016, the president was in the UK for treatment of an ear infection.

According to him, Nigerians did not force him to be president, he struggled for it and even sought a new term, hence cannot take the citizens for a ride.

Onyekpere said the president cannot be moving across the globe and leaving the nation to suffer.

“He should stay at home and tackle the rising insecurity and other challenges that he swore to tackle,” he said.

“He should send his Foreign Affairs minister to some of these gatherings that are becoming ridiculous. The President of Nigeria should also be calling the shots in the comity of nations not attending low-rated gatherings here and there,” Salman said.

It’s unbecoming of a president – Yakudima

“We are worried about President Muhammadu Buhari’s trips. The economy is on a sliding process and it is likely to nose-dive if serious measures are not taken.

“So we need Mr. President around to fast-track some issues. It’s on record that Buhari has been absent from the country for one year and two months. He is the most travelled president of Nigeria since independence.

“We need him around to fix issues in Nigeria. There is no reason Buhari will be travelling every time. This needs to be corrected,” he said.

However, the PDP National Publicity Secretary, Kola Ologbondiyan said the party would respond to the issue in a statement today.

It’s in our interest – Bako

But in his reaction, a political strategist, Dr. Abbati Bako, said the president was embarking on the trips to woo investors.

“Sincerely speaking one of the fundamental principles of globalization policy is global political and economic interplay among nations. Take note that global economy has been integrated based on globalization policy. So, the essence of incessant trips by President Buhari is to woo investors to come to Nigeria and invest hugely; Nigeria is the biggest market in Africa with over 200 million population.

So, in my candid view the constant trips by Mr. President will result to mass employment, economic prosperity and bringing stagflation under control in Nigeria,” he said in a text message to one of our correspondents.