Buhari came ahead of his time — Shettima

The lawmaker representing Borno Central in the Senate, Kashim Shettima, has said that President Muhammadu Buhari came ahead of his time. The former governor of… 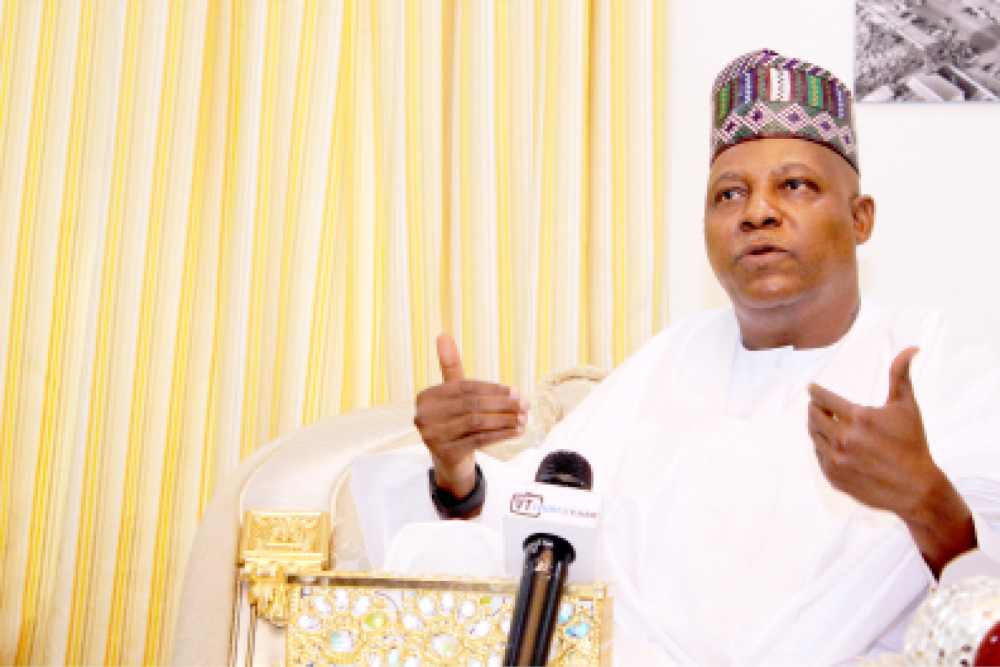 The lawmaker representing Borno Central in the Senate, Kashim Shettima, has said that President Muhammadu Buhari came ahead of his time. The former governor of Borno State disclosed this in an interview with Daily Trust.

Shettima spoke on different issues, among them the theme of the dialogue, ‘20 years of democracy in Nigeria’, APC crisis, Boko Haram insurgency, his support for Prof Babagana Zulum as his successor, the concept of cabal, Chibok girls among others. Read full interview here.

“When Muhammadu Buhari assumed the mantle of leadership, again, the expectations from Nigerians were over-exaggerated. Sometimes, I feel that Buhari came ahead of his time. He ought to be the President 50 years from now because some of the things that people see as his weaknesses are his major strength”

“Buhari appoints people into positions, and he would give you the leeway, the freedom to be guided by your conscience, and to act according to conventions, rules, regulations and values; but in the Nigerian context, it doesn’t move that way,” he said.

He argued that Nigerians should appreciate Buhari for bringing stability to the economy.

“And one area that people are not willing to give it to Buhari is that the economy was in the lowest ebb before he assumed the mantle of leadership. The bare fact is he has brought stability to the economy. For the first time we have been having an expansionary budget, and deliberate efforts are being geared towards addressing our infrastructural deficit. I think he deserves better credit than we are willing to give him”

“And most importantly for those of us from the North East, there is nothing as dehumanising as poverty. And when you add insecurity to it, you compound the whole issues. To the people of the North East, poverty and insecurity are not issues of philosophical dispute but the reality of everyday life. And in the past 20 years of our democratic governance, nobody among the Nigerian presidents understood the peace development nexus better than President Muhammadu Buhari.

By setting up the North East Development Commission (NEDC), I believe it will give a new lease of life to efforts at combating the challenges we are facing in the sub-region, and we hope and pray that with the calibre of management he has put in place, it will not go the way of NDDC,” he added.