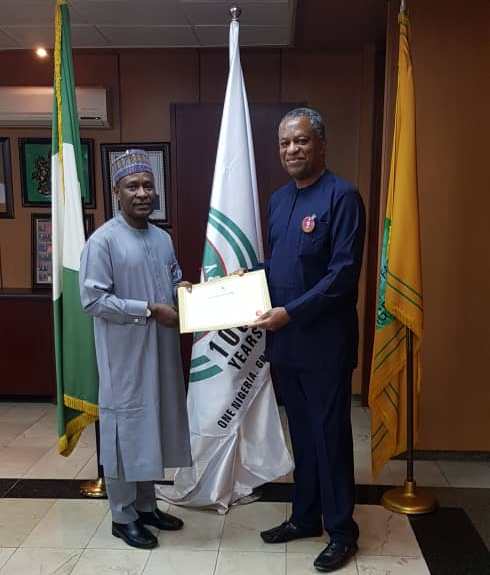 President Muhammadu Buhari has appointed Ambassador Kabiru Bala as the new High Commissioner of Nigeria to the Republic of South Africa with concurrent accreditation to Swaziland and Lesotho.

Until his new appointment, Ambassador Bala, a career diplomat, was the Deputy High Commissioner of Nigeria to the United Kingdom.

He joined the Foreign Service in 1999 and has at different times served in Brasilia, Sudan, The Gambia, Netherlands and Thailand.

He also served in various departments in the ministry and the State House, Office of the Chief of Staff to the President as well as State House Protocol.

He was charged to work towards further strengthening relations between Nigeria and South Africa.

Ibeto, who was deputy governor of Niger state for eight years, was a member of the PDP until the primary election of the party in November 2014, where he lost the governorship ticket to Umar Nasko, former chief of staff to Babangida Aliyu, a former governor.

He resigned his membership of the PDP after complaining about “the injustice” melted to him by the then ruling party.

In 2016, President Muhammadu Buhari appointed him an ambassador and he was posted to South Africa.