Nigeria’s National Budget for 2023 obviously comes at a critical juncture in the history of the nation.  The country is at an abysmally low point… 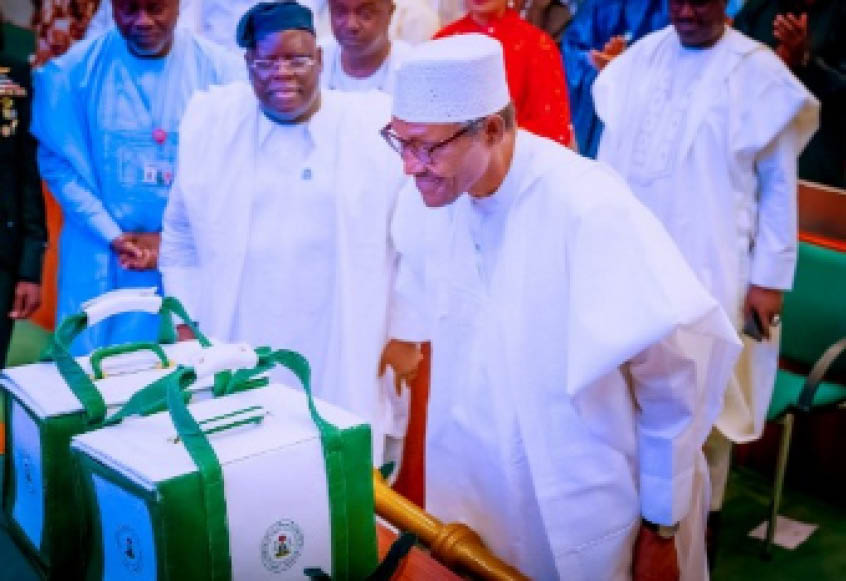 Nigeria’s National Budget for 2023 obviously comes at a critical juncture in the history of the nation.  The country is at an abysmally low point in revenue-earning capacity, which has negatively impacted every façade of our national life. Most of the macroeconomic indicators are in the negative: inflation is at a 17-year high; the nation is saddled with a debt burden that now constitutes a drag on the economy. Besides, this is an election year, with a new administration scheduled to assume office in May after the elections next month.

It is in this context that the N21.83trn budget, signed into law last week by President Muhammadu Buhari and its various provisions, can be examined. The three major components of the expenditure programme are the Recurrent Expenditure of N8.33trn; aggregate Capital Expenditure of N6.46trn, and a Debt Service of N6.31trn, which is 29 per cent of the entire budget. In the 2022 budget, debt servicing as of the end of November was N5.24trn, or 40.7 per cent of total spending of N12.87trn. The current budget thus retains the anomalies that have defined the nation’s budget in recent years, with a preponderance of recurrent spending over capital allocations, and also a large chunk of votes going to service debts. It is worrisome that we still have this unfortunate misalignment between capital and recurrent expenditure, where the former, obviously critical in building the capacity of the economy, continues to receive a lower vote than the latter.

In summary, the budget is both a reflection and a continuation of the dire situation confronting the country. This explains the fact that out of a budget of as much as N11.34.trn or about 52 per cent, it is to be sourced outside the government revenue as a deficit. The government through the minister of finance has provided details on the funding gap in the budget, especially borrowing from domestic sources to the tune of N7.04tn; foreign sources of N1.76tn; multilateral/bilateral loan drawdowns of N1.77bn and proceeds from the privatisation of government-owned enterprises.

Another worrisome aspect of the budget is the huge vote of N809.32bn given to the Ministry of Humanitarian Affairs. Among the provisions made under this ministry is N200bn provided for what the budget calls Special Intervention. Obviously, this is in continuation of the so-called social intervention programme that this administration has been implementing, which it claims is part of its poverty-eradication programmes. We are aware that the government has always said that beneficiaries of these interventions are drawn from a Social Register, but this begs the question as to the basis on which such a register was drawn. What are the ministry’s criteria for selecting the beneficiaries? What groups of Nigerians participated in the selection? And how many Nigerians in total are beneficiaries?

For the sake of transparency and accountability, it is important that these details are made available to the public. Moreover, in our view, if this administration really wants to help people, it should rather support SMEs and startups by funding them, instead of throwing money at people. The best way to help the poor is to make them earn their income by getting actively engaged in sustainable economic activities.

Daily Trust notes that the government has laid out in the budget breakdown of some details on its plans to increase revenue generation. These include improvements in tax administration, Customs revenue collection and revenues from government-owned enterprises. No doubt, this has come as a response to the abysmally low level of revenue to the government. While this aspiration is laudable, we caution here that this could turn out to be a misplaced hope if concerted efforts are not made to plug all leakages that have hitherto characterised government revenue generation.

In the same vein, Daily Trust notes that some of the fiscal activities of the government have actually put substantial obstacles to the incoming administration, notably the huge debt accumulated through the Ways and Means of the Central Bank of Nigeria (CBN). Specifically, with the N23.7trn outstanding debt, it is obvious that the new administration may encounter difficulties in its efforts to access any short-time accommodation from the CBN. This is particularly so if the planned securitisation of the debt does not materialise soon or during the remaining months of the current administration.

Above all, the realities reflected in the current and recent national budgets have confirmed the long-expected era of a Nigeria without oil. The source of the whole trouble with the budget is the steep decline in revenue, occasioned in part by the loss of oil revenue through theft and the global disruptions in the energy supply chain. As figures by the government have shown, the Nigerian economy is shifting from one dependent on oil for revenue to the current state where, according to the minister of finance, oil-related sources will account for only 22 per cent of projected revenues, while the remaining 78 per cent will come from non-oil sources. Before now, it was the opposite, with oil accounting for a larger share of the government’s revenue.

The lesson here is that the concept of diversification of the Nigerian economy must now be taken more seriously if the nation is to avert these boom-bust cycles and the instability they inject into our economic management.