Voting has been suspended at the convention of the All Progressives Congress (APC) at Eagle Square, Abuja. 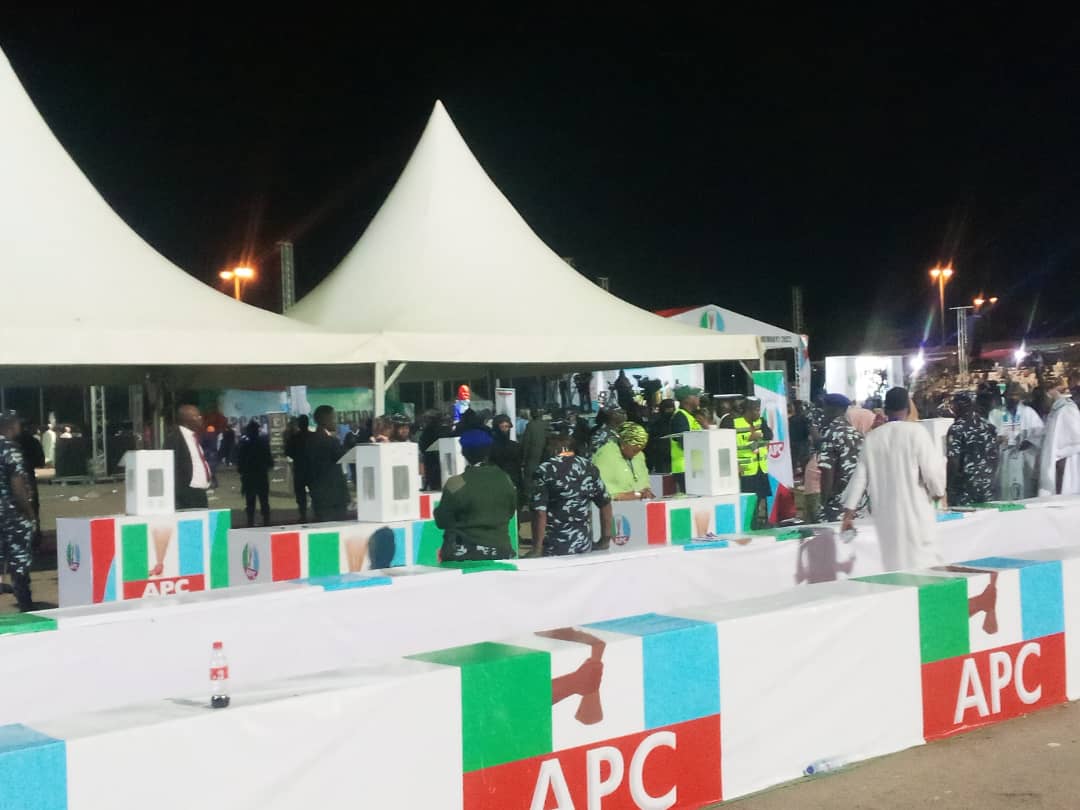 Voting was temporarily suspended at the convention of the All Progressives Congress (APC) at Eagle Square, Abuja, on Wednesday.

The exercise was put on hold as Kano delegates were casting their ballot in the keenly contested exercise.

Chairman of Kano APC, Alhaji Abdullahi Abbas, was seen arguing with some officials before voting was suspended.

Less than 20 of the 127 delegates from Kano had voted before the exercise was suspended.

Some of the aspirants reportedly had more than one agent at the voting points, leading to protest.

The voting began at past 2am amid tight security, and watch of officials of the Independent National Electoral Commission (INEC) and aspirants’ agents.

Speaking before the commencement of the voting, Atiku Bagudu, Kebbi State governor and chairman, electoral committee, said 14 out of the 23 aspirants screened for the primary are in the race for the party’s ticket.

The nine others, he said, had withdrawn from the race.

He urged the 2,340 delegates to write the name of the aspirant they wish to vote for in full.

He said this was to avoid mix-up as three aspirants have Ahmed as part of their names.