Remains of Army Chief, others airlifted to Abuja

The remains of General Ibrahim Attahiru, the late Chief of Army Staff, and others who died in a plane crash on Friday have been airlifted… 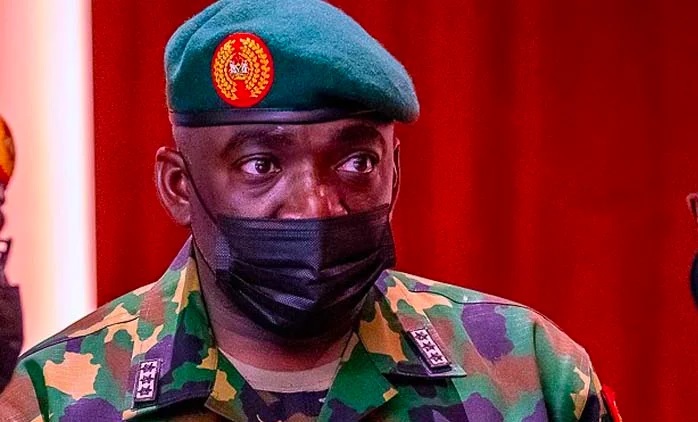 The remains of General Ibrahim Attahiru, the late Chief of Army Staff, and others who died in a plane crash on Friday have been airlifted from the Nigeria Air Force base, Kaduna to Abuja.

The deceased lost their lives in a plane crash on Friday evening.

Daily Trust had earlier sighted a military convoy that conveyed the remains of the deceased from the 44 Nigerian Army Referral Hospital, Kaduna to the Nigeria Air Force base in the Mando area of the state.

A military source confirmed to our correspondent that the remains of the COAS and others have left the NAF base for Abuja where they will buried.

Asked why the COAS did not land at the air force base, he said, “The accident would have still happened since bad weather was a major contributor.”

He, however, prayed to God to grant the deceased eternal rest.

The army has announced that burial proceedings of the officers who lost their lives in the air mishap will hold later on Saturday.

“The Burial proceedings of the Chief of Army Staff (COAS), Late Lieutenant General Ibrahim Attahiru and 6 other senior officers who lost their lives in an air mishap in Kaduna is slated for today Saturday, 22 May 21. It will commence at the National Mosque and National Christian Centre, Abuja by 1000hrs respectively.”

“Consequently, the interment for the late COAS and 6 other senior officers will take place at the National Military Cemetery, Abuja today by 1300hrs,” Brigadier General Mohammed Yerima, Director Army Public Relations, said in the statement.