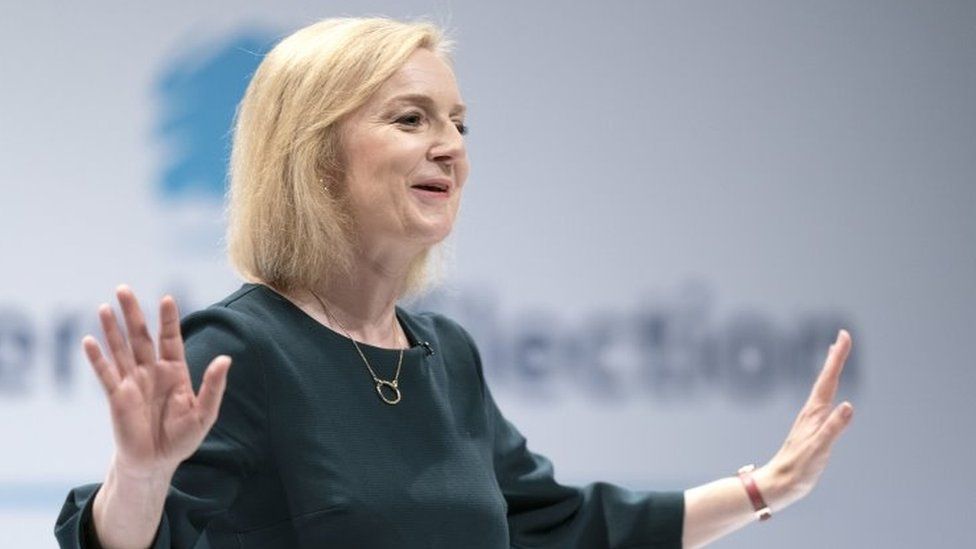 The foreign secretary comfortably beat her rival, former finance minister Rishi Sunak, by about 57 to 43 per cent after a gruelling summer-long contest decided by just over 170,000 Conservative members – a tiny sliver of Britain’s electorate.

In a short victory speech at the announcement in a central London convention hall, Truss said it was an “honour” to be elected after undergoing “one of the longest job interviews in history”.

Truss vowed a “bold plan” to address tax cuts and the energy crisis.

Details are expected in the coming days.

Truss, 47, will be only the UK’s third female prime minister following Theresa May and Margaret Thatcher.

She will formally take office on Tuesday after Johnson tenders his resignation to Queen Elizabeth II.

The leadership contest began in July after Johnson announced his departure following a slew of scandals and resignations from his government, including Sunak’s.

Truss reserved a portion of her short speech to praising Johnson’s record, including on Brexit and the Covid pandemic, and said he was “admired from Kyiv to Carlisle”.

That won warm applause from the Tory faithful present. However, the right-wing ideologue faces a tough task in winning over public opinion.

A YouGov poll in late August found 52 per cent thought Truss would make a “poor” or “terrible” prime minister.

Forty-three per cent said they did not trust her “at all” to deal with the burning issue of the rise in the cost of living, as energy prices and inflation generally rocket amid Russia’s war in Ukraine. (AFP)