About 17 Lagos-bound passengers were burnt to death in an accident that occurred along Abuja-Lokoja highway in the early hours of Tuesday. Daily Trust learnt… 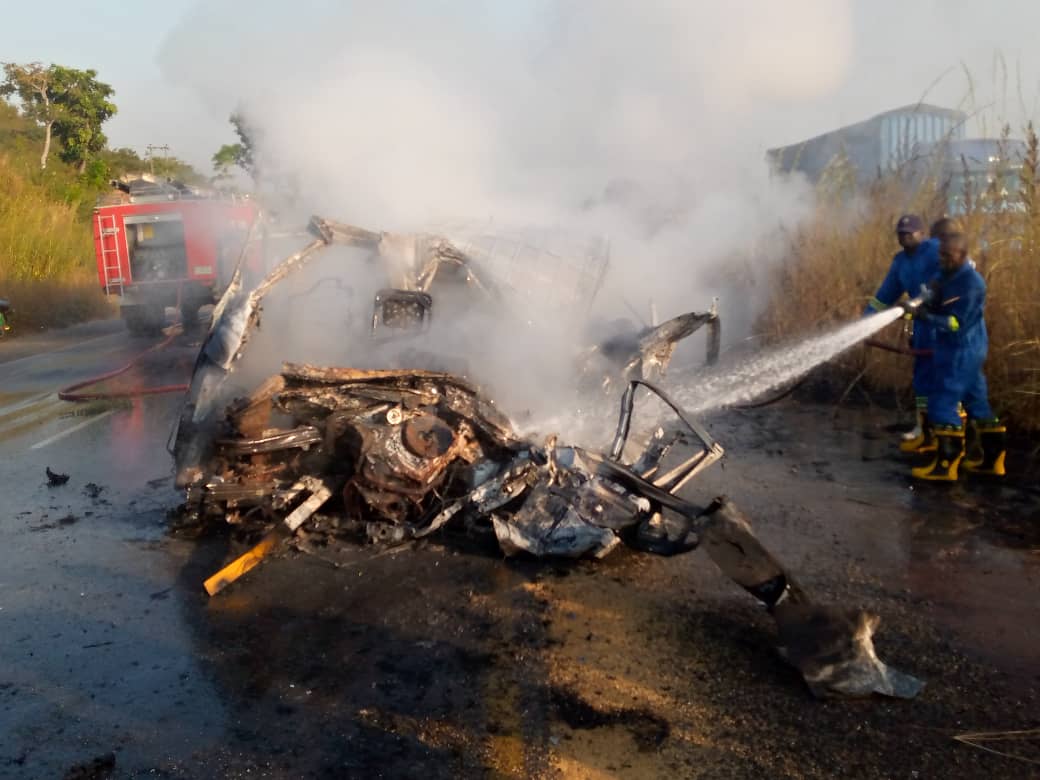 About 17 Lagos-bound passengers were burnt to death in an accident that occurred along Abuja-Lokoja highway in the early hours of Tuesday.

Daily Trust learnt that four among the passengers, who departed Gombe, survived the crash with degrees of burns.

Officials of the Federal Road Safety Commission (FRSC) took them to Abaji General Hospital for treatment.

He said the 18 seater bus which was coming from Abuja-Gwagwalada axis on speed, when it hit the trailer from behind and went up in flames.

Our reporter, who arrived the scene around 7:23 a.m observed as men of the fire fighters struggled to put out the fire while FRSC rescue team pulled out burnt corpses.

Daily Trust also observed as some of the FRSC rescue team officials diverted traffic to single lane for motorists traveling towards the eastern part of the country.

He attributed the accident to speeding by the bus driver and poor visibility.

He said the agency would collaborate with security agencies and environmental officials to see how a mass burial will be carried out since the corpses were burnt beyond recognition.

Ochi, however, cautioned motorists especially night travellers against over speeding especially at the peak of harmatan dry season, which he said always resulted to poor weather and make visibility poor for motorist