One of the terrorists who fled Kuje prison during last week's invasion has been nabbed at a motor park in the nation's capital. 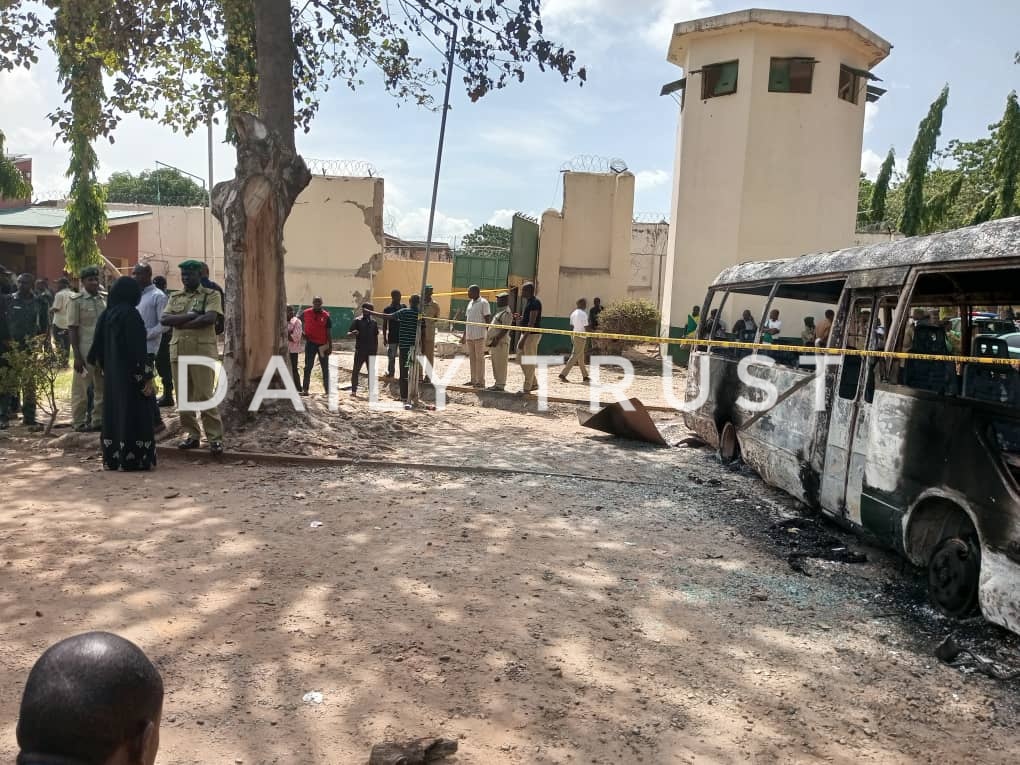 Two of the inmates who fled Kuje prison during last week’s invasion have been nabbed in Abuja and Suleja, Niger State.

Daily Trust had reported how terrorists invaded the prison and released over 800 inmates, including all the Boko Haram suspects.

The Islamic State in West Africa Province (ISWAP) had claimed responsibility for the attack.

The Nigerian Correctional Service (NCoS) had released the names and pictures of the suspects.

However, on Monday, eagle eyed operatives of the National Drug Law Enforcement Agency (NDLEA) nabbed one of fleeing inmate, Suleiman Idi, at Area 1 motor park in the Federal Capital Territory.

He was attempting to board a commercial vehicle to Maiduguri, Borno state, when he was arrested, according to Femi Babafemi, NDLEA spokesman.

“During preliminary interview, the wanted terror suspect confirmed he was remanded at the Kuje Correctional Centre for terrorism and robbery charges, adding that he was indeed one of the inmates who escaped from the facility last Tuesday,” Babafemi said in a statement.

Three wraps of cannabis sativa were reportedly found on Idi.

Checks by Daily Trust shows that Idi is number four on the list of fleeing terrorists that the NCoS released at the weekend.

In a statement, Public Relations Officer of the command, DSP Wasiu Abiodun, said the escapee was arrested in a compound in Suleja, Niger State, on Saturday.

“In view of the recent attack at Kuje Custodial Center and escape of some inmates, on 9/07/2022 about 2030hrs, Police operatives attached to ‘A’ Div Suleja while on patrol around general hospital Suleja down to Bakasi area of Suleja and based on credible intelligence, the police operatives stormed an identified compound and arrested one Kazeem Murtala aged 54yrs.

“During interrogation, the inmate confessed that he escaped from Kuje Custodial Center during the attack where he was serving jail term after conviction for an offense he committed and he has been in the custody for the past two years.”